A Hero: realist portrait of Iran is key to prison drama 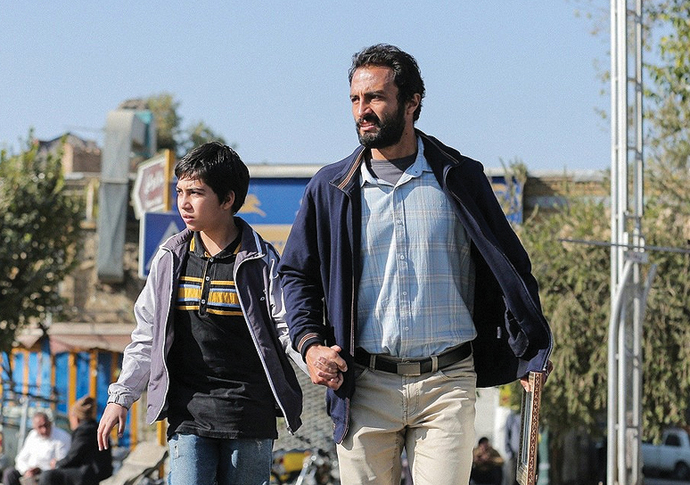 A HERO
Directed by Asghar Farhadi
Certificate: 12a
☆☆☆☆☆

THIS Iranian language drama by the director of the hit A Separation lays down a story that focuses on how one mistruth can spawn further, unforeseen and more complicated, lies.

We meet Rahim (Amir Jadidi) as he leaves prison. His crime? He is in debt, and the creditor, Bahram (Mohsen Tanabandeh) has had him locked up because of his inability to pay.

His freedom is going to be brief – he has been given a two-day pass and wants to use it to get his sentence annulled.

We learn that his girlfriend has found a bag – and in it, gold coins that could be sold and help earn his freedom.

Rahim faces a dilemma – the keys to the gates sit in reach, but to grab the chance means being aware someone else, the rightful owner, is losing out.

And when he discovers the coins are not worth as much as he hopes, he hits upon a new wheeze – rustle up public affection for his case by finding the real owner and returning it, proving his trustworthiness and hopefully getting out the clink.

We follow Rahim’s story – brilliantly supported by a cast of his extended family, gaolers and his creditor – as he makes a decision supposedly based on his conscience, that then has unforeseen consequences.

Farhadi has earned global acclaim for his realist portraits of Iran. Set in the town of Shiraz, it allows him to make use of the backdrops of ancient Persian culture – Rahim’s brother-in-law works at an archaeological site, helping uncover tombs.

Farhadi first earned international acclaim with his 2010 film, A Separation, the story of a middle-class family where the parents are heading for divorce. It was a powerful, character-led narrative and in A Hero, Farhadi has done it again. Rahim’s subservience and frightened respect towards authorities, his relationships with his family and girlfriend, create a portrait of a man in unpleasant circumstances.

And while Rahim creates an intriguing lead, his creditor, Bahram, is a complicated villain. His antagonism towards Rahim at first suggests a mean spirit and someone you don’t want as an enemy. But as the story unfolds, we learn the background is more nuanced. Farhadi’s portraits of a country that is both modern in some respects and deeply conservative in others makes for an interesting mix – and is reflected in the motivations within both Rahim and Bahram’s characters.