Coronavirus: M&S workers say they have been ordered to remove face masks 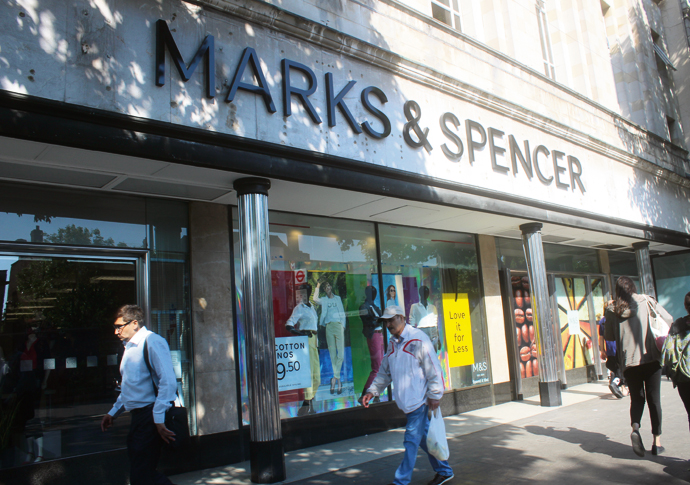 SUPERMARKET staff say they have been told to remove protective masks because they might “panic” customers.

One shop floor worker at the South End Green branch, who did not want to be named, told the New Journal employees felt “scared” and had protested about the policy.

Hand sanitiser is available to staff in the store and workers are allowed to wear gloves. But masks have been banned by head office pending government advice, the source said.

“We’re being told that head office is saying we should not be wearing masks. Some people have been coming in with their own masks and been told to take them off because it would cause ‘panic to customers’.

“It’s stupid because I’m sure the customers would want us to be wearing masks actually and it may cause more panic for them if we are not. I came in with one – it wasn’t one of those really bulky ones, but not a cheapo one either. They said I had to take it off and if I wanted to go home then I wouldn’t get paid.”

The staff members said M&S clothing store staff had been drafted in to help keep the supermarket running because “so many people are off sick”.

There is a serious shortage of protective equipment available to NHS workers and most chemists have run out of the gear.

Yesterday (Monday), many dentists in Camden shut down because of problems accessing masks, visors and goggles.

The M&S worker added: “We are being told that if we take time off because of anxiety about the situation then that will be voluntary and we won’t be getting paid. We’re really scared about it because we are being forced to come to work but it does not feel safe  – it’s disgusting.”

Several retailers have asked shoppers to keep at least a metre away from staff at tills. The general secretary of the shop workers’ union Usdaw, Paddy Lillis, said: “We have increasing concerns about the safety and welfare of staff in stores.”

M&S said it had introduce a range of measures to improve hygiene in its branches and implement social distancing rules, but it said the advice on masks was not clear cut and it was not clear whether they helped prevent the spread of the virus or lowered the risk of infection.

An M&S statement said: “There’s nothing more important than the health and wellbeing of all of our customers and colleagues. We’re following all guidelines provided by the UK government and medical experts including on face masks.”

Tell us about your experiences trying to buy food during the lockdown: editorial@camdennewjournal.co.uk