Emily Thornberry: Labour has to be brave and carry on

‘People are beginning to listen to us,’ says candidate emboldened by support surge 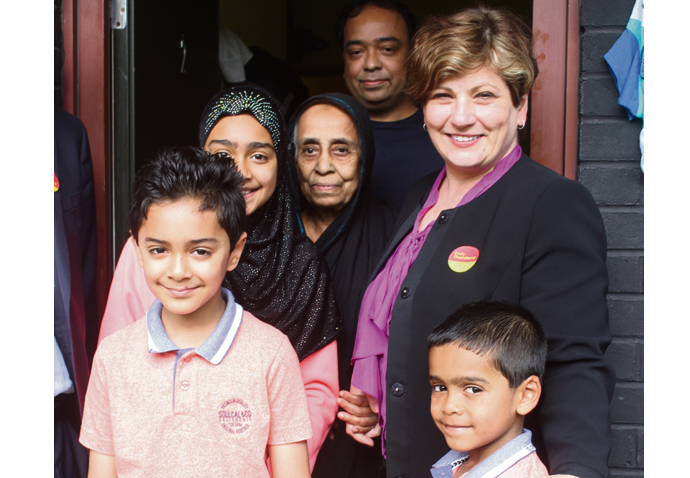 EMILY Thornberry has called on Labour to “be brave” and continue setting out its alternative vision for Britain in the days leading up to next week’s general election.

With less than a week to go before voting, and with the polls tightening, the party has grown in confidence in recent weeks.

Speaking to the Tribune while canvassing on the Priory Green estate in Barnsbury this week, Ms Thornberry, who defends a majority of 12,708 in Islington South and Finsbury, said: “People are beginning to listen to us. We’ve finally fought our way through the silly personal attacks from the Tories and we’re [seen as] a serious alternative to this appalling government.

“This campaign has exposed them [the Conservatives] for being a party without ideas or vision, or any solutions to the problems we face.”

Labour leader Jeremy Corbyn apologises in this week’s Tribune (see panel opposite) for largely being absent from his own constituency during the campaign.

“You might have noticed I haven’t been around as much recently – and for that I apologise, but I hope you’ll understand why,” he writes.

“Life is still very tough for many families here, as it is across Britain. That’s why I’m travelling the length and breadth of the country campaigning for a Labour government that will stand up for the many, not the few.”

Mr Corbyn is widely regarded as having had a good campaign, while Prime Minister Theresa May’s has, according to many, including those on her own side, had a difficult few weeks.

“Jeremy is knocking it out of the park” is how an aide to Mr Corbyn put it on Wednesday.

Asked what Labour’s strategy should be in the final days of campaigning, Ms Thornberry added: “We have to be strong, we have to be brave and we just have to keep going.

“It has to be our agenda, which is that there is an alternative, that we have a vision for Britain. We have a costed manifesto and it’s there, it’s up to the people to decide. They can choose another way. People said [this election] was a foregone conclusion. Who knows?” 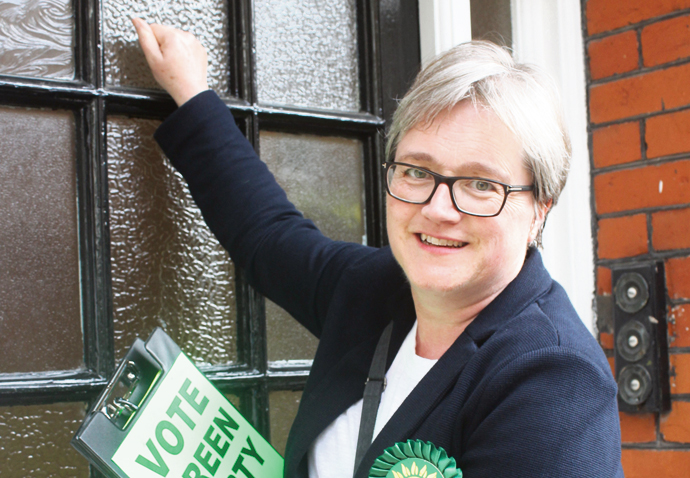 Caroline Russell on the doorstep in Highbury

Meanwhile, in Euston, at the TSSA building where Jeremy Corbyn’s leadership campaigns were headquartered, Momentum activists have been using the methods deployed during his two successful leadership bids, such as phone banks and new digital tools, to boost support for Labour nationwide.

In Islington North, where Mr Corbyn defends a massive majority of 21,194, Green candidate Caroline Russell, the Highbury East ward councillor who came third in 2015, said it was important for people to vote with the hearts.

“My message is: vote for what you actually believe in,” she said. “Labour is saying vote for them to keep the Tories out but that’s an undemocratic message to voters.

“If you want to resist a hard Brexit, change our voting system and support a party that puts tackling climate change at the heart of our agenda, they should vote for me.”

The Greens have been focusing most of their campaigning in Cllr Russell’s ward, seeing it as a good dry run for next year’s council elections, where she hopes to retain her seat. Benali Hamdache, Green candidate in Islington South, will be second on the list in the ward next year.

The Conservatives, meanwhile, are hoping to better their 2015 performance – when they came second in both constituencies.

Jason Charalambous, Tory candidate in Islington South, said: “It’s been a very enjoyable campaign. I’ve been delighted to have received good support and been humbled by positive response on the doorstep.

“A majority of solid Labour voters are concerned about the economy and national security under Labour led by Jeremy Corbyn. In Islington, a lot of people think Theresa May will be a better Prime Minister than Mr Corbyn and will do better in the Brexit negotiations.”

Polling stations across the borough will be open between 7am and 10pm on Thursday.