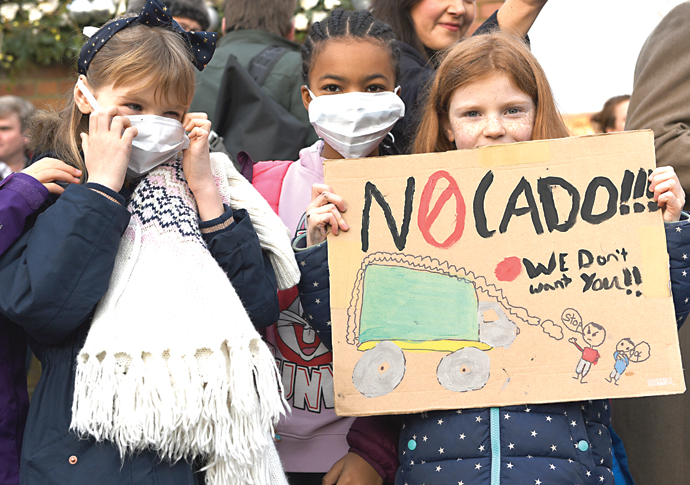 PARENTS, teachers and pupils are campaigning to stop an online supermarket opening a new distribution site metres away from a school playground, fearing a rise in air pollution and noise.

Ocado wants to send lorries near Yerbury Primary School onto the Bush Industrial Estate, in Upper Holloway, yards from where children play.

It has filed a planning application at the Town Hall asking for consent to install a diesel tank and three fuel pumps on-site.

The home delivery chain said it was too early to say how many vehicles are expected to use the site and how many would be diesel.

Cassie Moss, headteacher at Yerbury, said she was “extremely concerned”, adding: “If successful, the proposals put forward for the Ocado warehouse, situated on the land behind the school, totally undermines all the hard work we have done over the years to help children develop into mentally and physically healthy adults.”

Yerbury Primary School was one of the first of the council’s “School Streets” scheme, where streets are closed to through traffic at pick-up and drop-off times. Islington Council, meanwhile, declared a climate emergency earlier this year and said it was resolved to help clean up the borough’s toxic air. 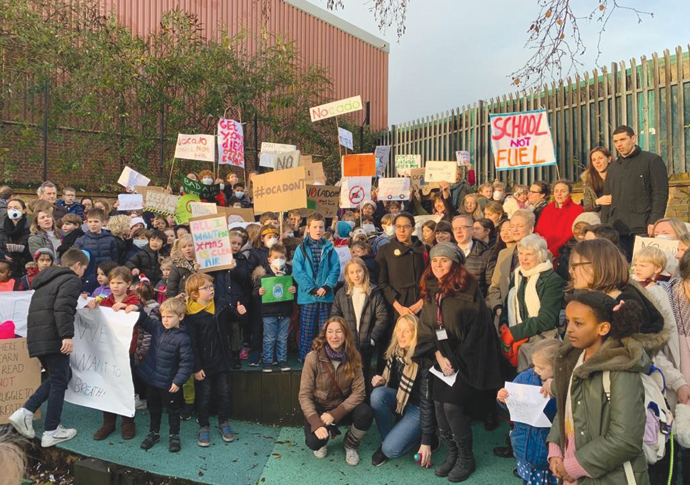 Andrew Grieve, a parent at the school and air pollution researcher at King’s College London, said the plans were a “massive step in the wrong direction”.

He added: “The children don’t get to fill in online objection forms like we do. But their voice as well as ours must be heard.”

Labour councillors and Green Party campaigners have also swung their weight behind the activism.

Natasha Cox, a parent and Green Party member, said: “We feel that three metres from a primary school, near a nursery and playing fields, is a completely inappropriate location for a distribution hub with the associated air pollution from diesel-fuelled vehicles, increased traffic and distracting noise.”

Labour cabinet councillor Kaya Comer-Schwartz said: “Our desire is for Ocado to reconsider their decision and not do it on this site, if not that to really look at what mitigating steps they can take to make it as safe as possible for our children.”

Liz Case, who chairs Friends of Whittington Park, said: “I think there are so many questions about what is happening that it needs to have a public meeting where the public have access and can ask questions. A park is a really genuine proved place for health. If people abandon the park, it’s not beneficial.”

Tom Hackwood, managing director of nearby Leaping Lizards Nursery, said: “My message to Ocado is to find somewhere else to do this. We will fight it in any way we can.”

An Ocado spokesman said: “We are aware of the concerns expressed by the parents and staff of Yerbury Primary School in Tufnell Park regarding the planning application we made in August for a new micro-fulfilment centre nearby. We are very sorry for the anxiety that the application process has caused and we are looking forward to addressing these concerns directly with the school as soon as possible.”