‘Record turnout’ wins it for Labour

Young and low-income voters back Jeremy and Emily, but rival parties believe they can prevent next year’s Town Hall polls creating ‘a one-party state’ 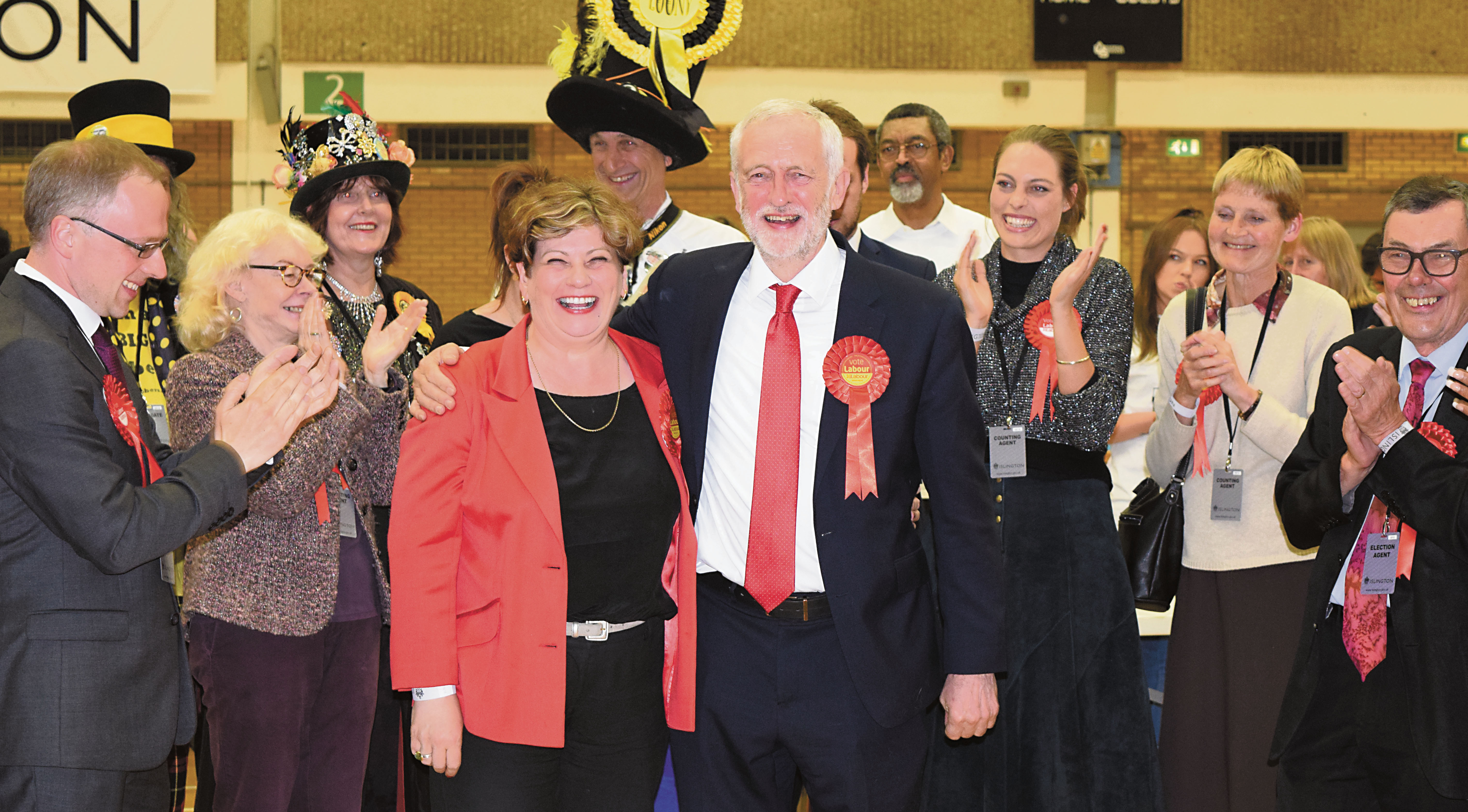 A HIGH turnout of young people and those who traditionally do not vote – along with a widespread desire to deny Prime Minister Theresa May another term – gave Jeremy Corbyn and Emily Thornberry massive majorities in last week’s general election, it has been claimed.

With 40,086 votes, Mr Corbyn had the highest tally ever recorded by an Islington North candidate, giving him a massively increased majority of 33,215 on a 74 per cent turnout, the highest since 1951.

Holloway ward councillor Paul Smith, who acted as counting agent for Labour, said of the result: “Young people and low-income voters, who perhaps don’t always vote, came out in record numbers, deciding they had someone to vote for. That record turnout all went to Labour. 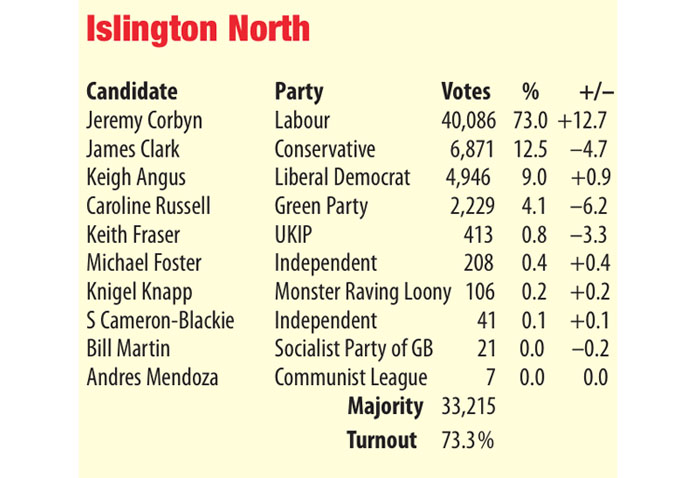 “We were running out of telling sheets at polling stations, because there were just so many people. And we’ve never experienced so many coming out to volunteer on polling day.”

The election raises the question of whether Islington, in the past dubbed the “North Korea of north London”, could become a complete “one-party state” in next year’s council elections.

The Greens’ Caroline Russell, who represents Highbury East, is currently the only opposition councillor in the Town Hall chamber.

She gained just 2,229 votes in the same seat – down 6 per cent – as Islington mirrored the national trend of a return to a two-party race, with many former Green voters backing Labour. Ukip’s vote also collapsed.

Cllr Russell said: “This was a very particular election called in very particular circumstances. I’m glad Jeremy did so well across the country and prevented Theresa May from having her mandate.

“However, I’ve spoken to so many people who are saying they are really sorry they gave their vote to Labour but would be voting Green in the council elections.

“People want there to be more of a diversity of voices in the Town Hall next May and I’m determined they will be Green.”

Cllr Russell will be seeking re-election in Highbury East, where Benali Hamdache, who came fourth in Islington South, will be second on the Greens’ list. 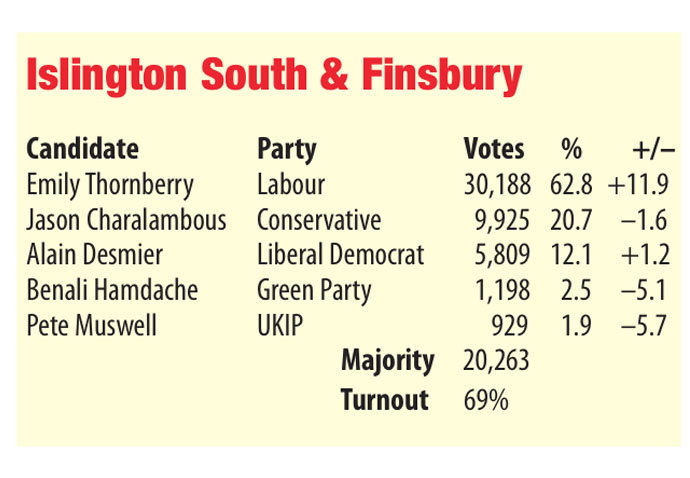 Meanwhile, Liberal Democrats, who had hoped to capitalise on Labour’s position on Brexit in an area where three-quarters of voters favoured Remain, made limited gains, coming third in both constituencies.

“We’ve seen our membership quadruple since the Brexit vote and we are in a happy and healthy place going into the local elections,” he said.

“People need an opportunity to vote for the Lib Dems and a Lib Dem message. In 2014, we said the [Labour landslide] was not good for democracy and I’m sorry to say we’ve been proven right – there’s no effective opposition in the Town Hall.”

Mr Stacy has not yet decided whether he will stand as a candidate next year.

But he added that the party would campaign on issues such as fly-tipping, opposition to charges for bulk rubbish collections and standards in Islington schools.

Privately, Labour sources are saying that, if the Tories can intensify their campaigning, they could gain seats in Islington, but there is little evidence of that happening.

The Conservatives had hoped to better their 2015 general election performance, when they came second in both constituencies.

Evan Williams, chairman of Islington Conservatives, said the Tories would be putting up a candidate in every seat next year.

“My strategy as chairman for Islington is to embed ourselves more in the community, do more activity with different public bodies and we’re working on doing that,” he added.

“It’s about being more prominent and, on the back of doing good work, use that to demonstrate that we’d be a valuable asset to the council next May.”