UK’s first black female headteacher: ‘I had to have a minder with me on my first day in the job’

Education pioneer Yvonne Conolly, who made history at a school in Holloway, recalls racist abuse ordeal 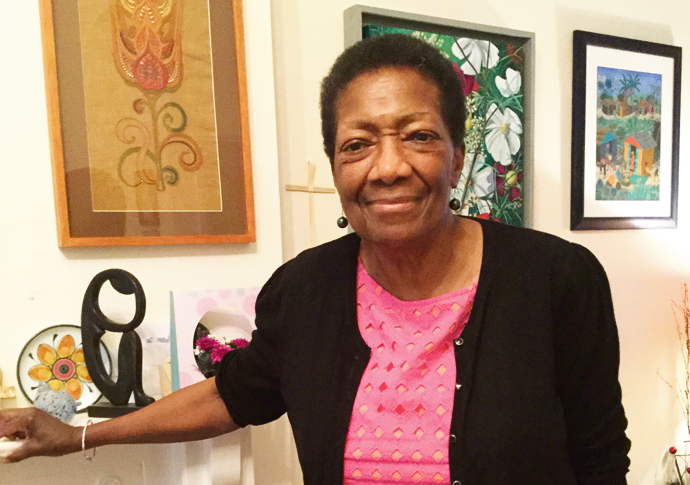 Yvonne Conolly, who retired in 2001, now lives in Finsbury Park

BRITAIN’S first female black headteacher has recalled how “all hell broke loose” when she first got the job, as she reflected on the long fight for equality and the renewed demonstrations against racism in an interview with the Tribune.

Yvonne Conolly made history when she took the top job at the old Ring Cross Primary School, Holloway, in January 1969.

Now 81, she told of the abuse that came with being the first, having regularly received newspaper cuttings in the post with her photo crossed out and scrawled with racist comments.

Ms Conolly said: “I have a theory that you are never ever going to get rid of racism completely. We are not going to get rid of burglary, or fraud. Let’s not kid ourselves. Wherever human beings go, there will be some discrimination, prejudices and lack of empathy.

“I remember when one school inspector asked me whether they could touch my hair.

“And I remember people looking at me washing my hands, thinking the water would run brown. Were they being racist, or just ignorant?”

Ms Conolly was speaking to the Tribune after contacting our sister newspaper, the Camden New Journal, to make clear her support for naming a school in West Hampstead after the late Beryl Gilroy, another pioneering black headteacher.

Neighbouring Camden Council is working with Beckford School on possibilities after discovering it is named after a slave-using sugar plantation owner, William Beckford.

Islington is also reviewing place names and buildings and monuments which honour historic figures after the toppling of a statue of slave trader Edward Colston during Black Lives Matters protests in Bristol last month.

Ms Conolly said she faced threats to burn down her school after taking over at Ring Cross in Eden Grove and had to be escorted into the building with a security guard.

She recalled too how when she was taken into hospital in labour a call went out on the Tannoy for a black doctor to come to help her.

Ms Conolly said this week: “I think what has changed here is the nature of racism over the years. It used to be crass – ‘no dogs, no Irish, no blacks’. Now it is very different, more subtle. That’s why institutions have to question themselves at every point. They need to think about how fair they are really being.”

Now living in Finsbury Park, she moved from Jamaica to London in 1963, taking a first teaching job at George Eliot school in Swiss Cottage.

She said: “I had spent three years training to be a teacher in Jamaica but I had kept writing to the old London County Council trying to find out if I could get a job.

“I was very surprised when they said yes, as long as I passed an interview,” Ms Conolly said. “ I remember coming over here with £36 in my pocket on what everyone called a ‘banana boat’ – I thought it was really quite luxurious.

“I remember going off to the interview at County Hall and the inspector said to me, ‘We need to get on with this because I’m going to the cricket at Lord’s’. 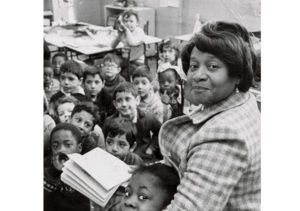 Ms Conolly taught at George Eliot for six years before, against her colleagues’ expectations, passing an interview to become a headteacher.

“Then all hell broke loose,” she said. “They threatened to burn the school down and I was in all the papers.

“I had to have a minder going into the school on my first day. There were all sorts of nasty things that happened.

“It was on that basis that I decided to create the Caribbean Teachers Association.

“I realised at the time there were not many black teachers in the system, and if there were, they weren’t being promoted. We sat down and looked at strategies, how you write an application, and do interviews.”

She retired in 2001 and has since been treated for the incurable blood cancer myeloma over the past 10 years.

Speaking about the Black Lives Matter protests following the death of George Floyd, she said: “My concern is that some black cause gets carried away and becomes unreasonable, and then all that will happen is that we are repeating the ills of the past. We have a phrase in Jamaica – don’t swap a black dog for the monkey. If we are not careful we are in danger of swapping the very things we disliked with something equally undesirable.”

And on the debate over historic statues, she added: “After independence in Jamaica, there were statues put up to runaway slaves. But you also have statues there of white colonialists. Perhaps, the criteria should be about people with good hearts, who have done things not based on money?

“We are at an historical point and I think there is every reason to feel that there are some structures in society, which we don’t need in the 21st century.

“If somebody decides there is a valid reason to change the name of school, so it can help serve a different purpose, I see no reason why that shouldn’t happen. But it shouldn’t be just done in the willy-nilly way that the statues were put up in the first place.”