In a personal opinion piece, Anna Sullivan recalls how communities came together against the growth of the far right in Islington 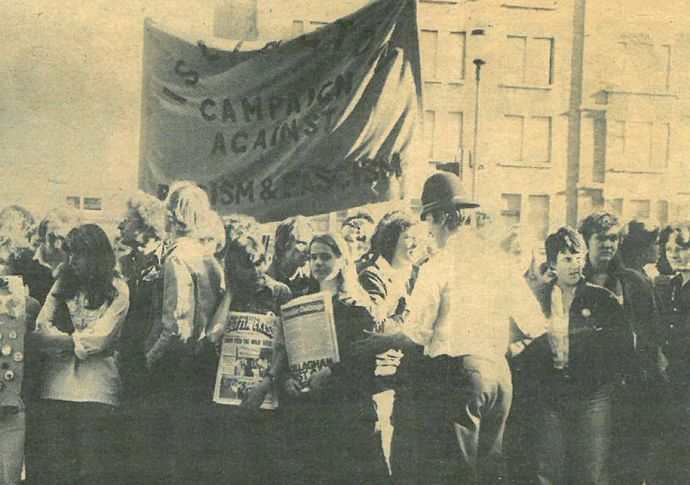 FORTY years ago, June 14 1980, 11 people from various organisations, all anti-fascists, were arrested.

Their virulently racist opponents looked on and cheered as we were thrown into police vans.

This took place on the high pavement joining Liverpool Road and Upper Street.

It was the year following the disastrous election of a Thatcher-led Tory government and a year after the death of Blair Peach, an anti-racist teacher who died after being hit by the Special Patrol Group in Southall.

He had gone to support the local opposition to a fascist march through a largely black and Asian community.

Some of the people arrested at Chapel Market were also there on that terrible day.

The Chapel Market Eleven arrests were a culmination of three previous years of anti-racist and anti-fascist resistance to the continued presence every weekend of fascist groups – mainly the National Front – at one of the busiest markets in London.

Their newspapers and leaflets were openly full of hatred of black people, Holocaust denial and Nazi propaganda.

Alongside their main paper, N.F. News, was their youth publication Bulldog.

It was frightening to see such young people involved, many pupils in schools in Islington and Camden.

In 1977, the Anti-Nazi League (ANL) was formed. This was a response to the growing threat of fascist activity that escalated throughout the 1970s.

The fascists centred their presence outside schools, “Get the youth first”, then continuous harassment and attacks particularly of the Bangladeshi community in Brick Lane.

They organised marches, mainly in areas of black communities.

The socialist and Labour movement responded but were always demonised as troublemakers.

The ANL provided a respectable face as it was supported by celebrities and people who were not necessarily seen as being on the ‘left’. 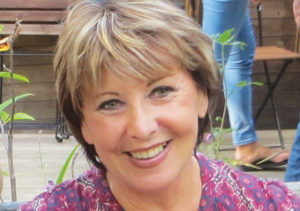 The opposition in Brick Lane finally wore the fascists down so they began to look elsewhere to peddle their murderous message. They chose South Islington where many old Mosleyite families lived.

The first meeting of South Islington ANL attracted people from all walks of life and political persuasions.

We visited schools (I also taught in a local primary school) and housing estates, where we met old soldiers who had liberated the Belsen concentration camp and who had never forgotten it.

We lobbied trade unions for support and produced weekly leaflets to counteract the fascist propaganda.

People of the older generation particularly supported us.

The fascists hated us. They often had up to 70 people carrying weapons, Union Jack flags on spiked poles.

They were rarely arrested. Still we stood firm.

When you look evil in the face you have to face it down and the brave anti-fascists did just that.

Some of us were in political parties – the SWP, the Labour Party, the CP – others were in none. It did not matter. We all had the same aim.

It was apparent that whenever there was a sizeable fascist presence in an area, the racist attacks escalated – firebombing of shops, violent physical assaults – so we could not back down.

Perhaps the Thatcher government with its support of Enoch Powell’s “Rivers of blood” speech gave encouragement to the fascists.

But the police decided if they got rid of us, all would be well.

First they arrested me, who they saw as the main organiser, then my two daughters, then, rather like dominoes, until it got to 11.

A group of solicitors and barristers represented us for no fee.

Most of us were charged with obstruction of the highway and one with police assault (knocking a policeman’s helmet off).

We won our day in court.

If we had not, the police could have stopped us lawfully picketing those fascist paper sales.

The arrests did not stop but neither did we.

Those of us who faced down the threat in Islington for those years showed that racism and fascism can never be allowed to dominate the streets or our institutions.

We also worked within all sections of our communities.

Now we must do it all over again, together and with renewed vigour.

• People Like Us: Anna Sullivan, A Memoir is published by World of Inclusion Ltd. www.worldofinclusion.com