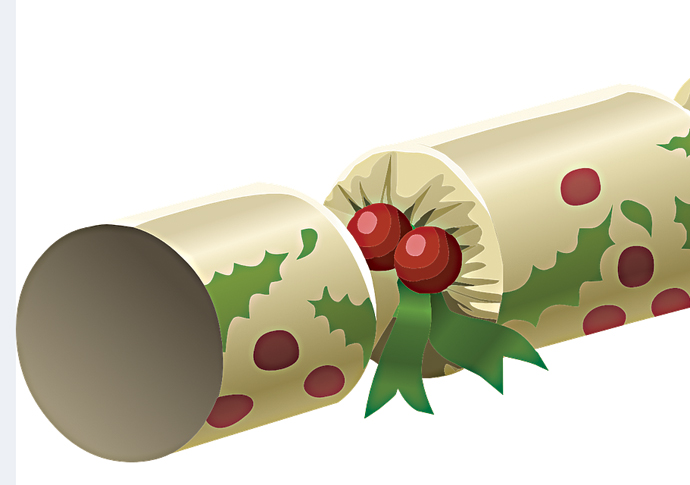 WHEN you are reading out a naff joke to your family and wearing a paper crown tomorrow afternoon (Christmas Day), you will have the Victorians to thank for your table cracker.

And Islington Victorians for that matter.

This is the tale told by a local historian who is running walking tours through the borough.

Confectioner Tom Smith’s popping creation was so successful he set up a factory making them in Finsbury Square, near Moorgate. It is no longer there but the inventor is remembered with his name inscribed into a stone fountain nearby.

The story is told by Robert Smith – no relation – on his Footprints London walking tours. He said Tom had been inspired by brightly coloured wrappings used on sweets he had seen in Paris.

“The story goes that he was sitting by a fire one day, and a piece of wood cracked. He thought: ‘that cracking sound – if I could get that in when you pulled the paper open, that would give a real exciting twist to it all,’” Mr Smith said.

“He did some experiments trying to make the popping sound, and luckily these experiments went well. If they had gone badly, we perhaps we wouldn’t have had the Christmas cracker invented at all,” he added.

The historian goes further and claims that the traditional Christmas dinner began life in Islington during the Victorian era.

He credits Isabella Beeton, who produced Mrs Beeton’s Book of Household Management. Before her book was published, “most people would have had roast beef if they could afford it,” Mr Smith said. “The fashion changed for turkey after Isabella started featuring it in her book.”

“And we can hardly imagine an object of greater envy than is presented by a respected, portly paterfamilias carving at the season devoted to good cheer and genial charity, his own fat turkey, and carving it well.”

The tradition of sending them took off in the 1870s when the cost of postage was reduced.

He said: “We can all learn from Victorian Christmas… It’s certainly better than the three months of consumer festival madness that we have these days.”