A pint of soya milk, please! Arsenal pub taken over by green anarchists 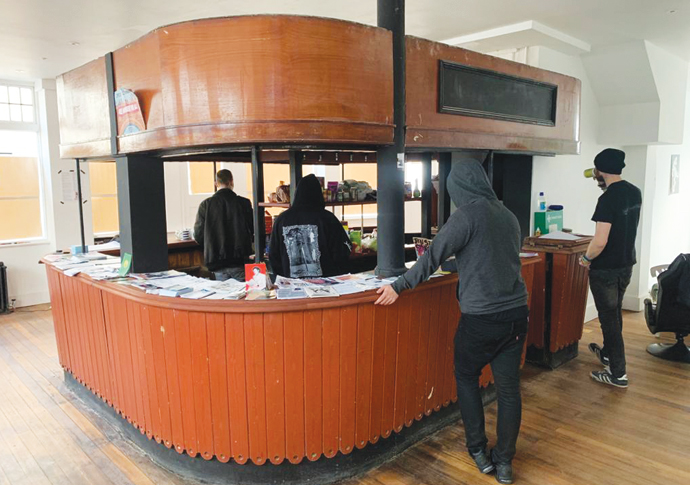 Squatters say the number of empty buildings in London is ‘maddening’

ANARCHISTS are squatting in an iconic Holloway pub which was once a favourite for Arsenal fans having a beer before and after matches.

The George pub, in Eden Grove off Holloway Road, has stood empty since landlord Peter Mara pulled the last pint there in 2018.

He shut up shop citing a decline in footfall and the rising costs of running a pub.

A group angry at the number of empty buildings in the capital took over, moving in bottles of soya milk and boxes of Special K where taps of lager once served customers.

Members of the Green Anti-Capitalist Front (GAF) arrived over the weekend and say they cleaned the place up before opening to the public on Tuesday.

A spokesman for the group said: “We just saw this place was empty. The door was open so we came in and started to clean it up. 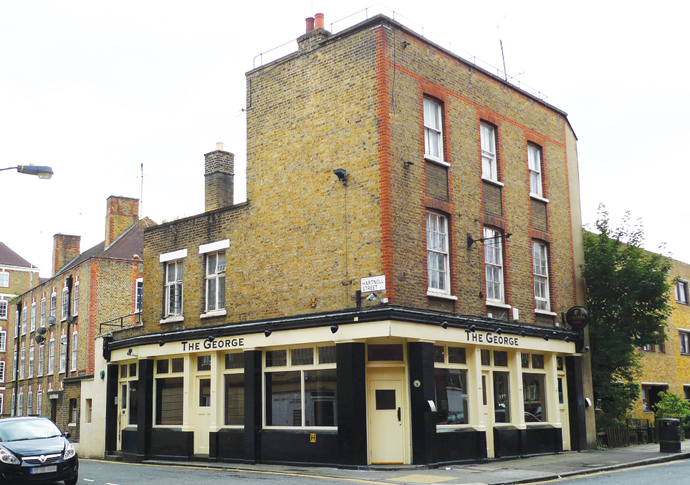 The George pub before its closure

“I’ve been looking online and found it was a big Arsenal pub. Which is cool. Anyone is welcome to visit. Arsenal fans can come back and we have beers.”

Squatting in non-residential properties is legal, but the freehold owners Wellington Pub Company PLC may apply for an eviction notice to remove them.

Members of GAF, which is “an alliance of groups and individuals” united by a belief that capitalism is one of the “core causes of the environmental crisis”, have also taken over the abandoned Paddington Green Police Station in Westminster.

There were half a dozen people in The George when the Tribune visited this week and several of them said they had “normal boring office jobs” that they went along to each day.

Asked if they were worried about breaking the law, one said: “The law does not often correlate with morality. It is better this place is used than it is left abandoned.

“It is maddening to see so many empty buildings around London when we also see a rise in homelessness.

“The way we see it, there are enough empty buildings in London to house all the UK’s homeless. The real crime is that this place is empty. 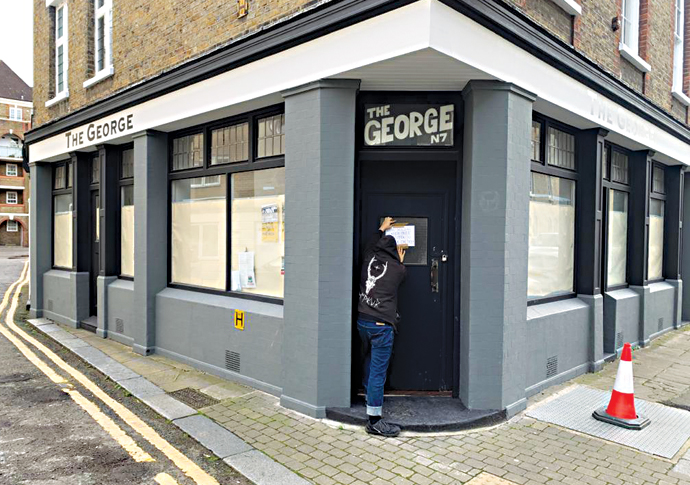 The GAF announce its occupation of the pub

“Often, people applying for social housing can feel persecuted and as if they are doing something wrong by looking to the state for help.

“We think a house and a warm place to sleep is a human right.”

GAF is not part of the Extinction Rebellion (XR) movement which caused chaos in parts of London last year with occupations and protests.

The spokesman added: “After Extinction Rebellion started happening we saw there was need for a more radical alternative to it that had politics that is intersectional, anti-capitalist, anti-colonialist, that is trying to get the support of the working class and poor people who are going to be the ones who are worst hit by climate change, both here and the global south.

“They [XR] are trying to persuade politicians to take action, but we believe this will never happen. For instance, maybe the UK’s vehicles will become fully electric. That’s great for the UK. It’s not great for the countries and children who are forced into labour in the global south to mine for the lithium batteries to build our cars. We believe the real change comes from the grassroots with people organising on their own.”

Their plan is to create a “sub-level” of democracy that exists separate to government.

They used the example of Kurds in Syria, who have declared an independent system that is still technically ruled by President Assad but where everyone ignores the state and they coordinate and cooperate through autonomous groups.

Asked how a climate crisis is linked to homelessness, one squatter said: “It’s capitalism that has driven us to extract fossil fuels and it is capitalism that incentivises property developers to buy up buildings and keep them empty to drive up prices.”

Members of the public are invited to come down to free cinema nights, workshops and discussions as well as a rally at 2pm today (Friday).

Wellington Pub Company PLC was contacted for comment but they did not respond.