A window on art in Soho

THE corner where Dean Street meets Old Compton Street is hardly remarkable by Soho standards. A choux pastry patisserie sits opposite a gay sex shop; a juice bar faces onto sushi chains. A couple of steps down is a small grey building whose windows have been witness to queer debauchery, online addiction and domesticated nostalgia – and that’s before we even get started on what goes on outside.

This small grey building, tiny as it may seem, boasts the diminutive of being The Smallest Gallery in Soho. Set up three years ago by architect Andreia Costa and charity worker Philip Levine, the gallery seeks to push boundaries by displaying up-and-coming artists in inventive new lights. There’s no need to walk in, however – the artwork is displayed right in the front window.

Now, the gallery has gone further with its newest exhibition 127 Velocities. Described as “a modern day statement on the philosophical view of the ‘sublime”, the exhibition merges the traditional textiles of artist Sequin Kay with the digital production of audiovisual artist, Paul Mortimore.

“We’re really trying to push what the gallery can do,” said Philip. “We’re trying to encompass the whole space as a digital space, which is something we’ve not done before.” 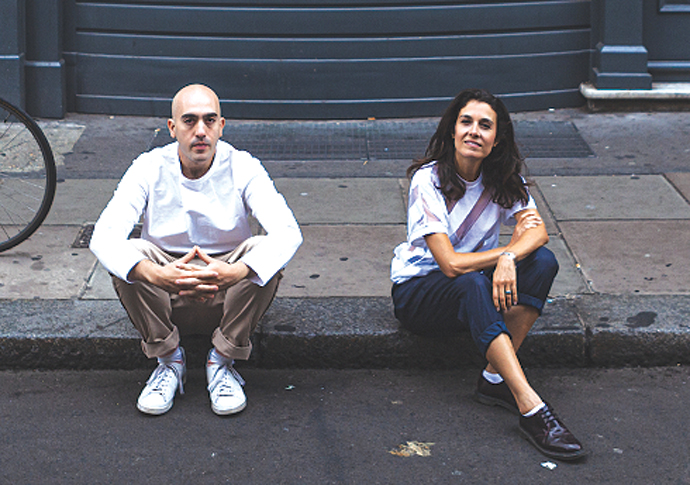 Philip and Andreia decided to turn the space into a gallery three years ago, feeling that little was being done with the original building. After a year of experimenting with the space, they officially opened it as The Smallest Gallery in Soho in October 2017.

“It’s like a shop window,” said Philip. “After the first year of playing with the space, we realised it was allowing people to respond to each specific artist.”

The “people” he defines as their audience are, of course, the people of Soho: “The local people who live there, the 9-to-5 office workers, and the night owls.”

It is this three-fold energy to the place that has informed their exhibitions over the past three years, from Damien Frost’s Soho Tableaux in July 2018 – which Philip praised for its “vibrancy and colour” – to William Martin’s Liam in June 2018. Martin’s exhibition was, Philip said, one of their more intimate projects, for which they transformed the window space into a living room. “It was that voyeuristic essence of looking in, and looking into someone’s life,” he adds.

Although Philip stresses their gallery’s importance to the community, their main goal remains to be an accessible artistic space.

He said: “Our primary purpose is not to sell – it’s to put up high quality displays. We would like to keep displaying up-and-coming artists and to keep pushing: pushing boundaries and pushing beyond Soho.”

• 127 Velocities is at The Smallest Gallery in Soho, 62 Dean Street, until the end of January. www.thesmallestgalleryinsoho.com