After 127 days in hospital, Geoff beats the virus 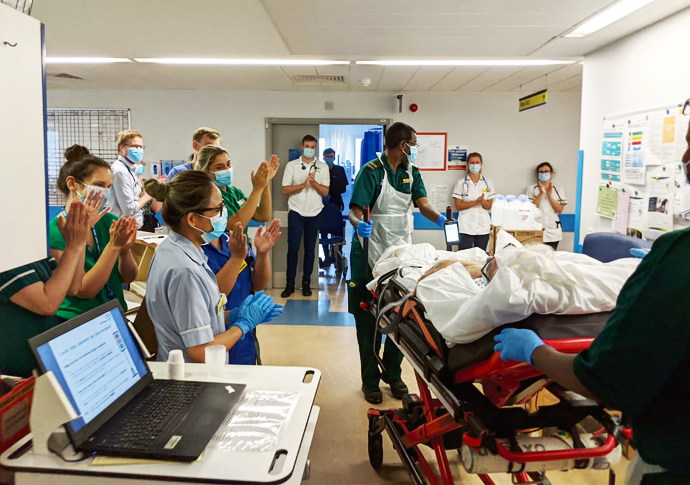 A PATIENT was clapped out of hospital this week after one of the longest battles with Covid-19.

Geoff Woolf, 73, a retired solicitor, spent 127 days in the Whittington – 67 of which were on a ventilator machine in the hospital’s intensive care unit – after being infected with the coronavirus.

His son Nicky, 33, told the Tribune how he and his brother Sam had been called in to say their final goodbyes several weeks ago, before Mr Woolf had “suddenly woken up” in July.

Nicky said he had been “overwhelmed” by the “beautiful moment” inside the hospital, adding: “There is still a long long road ahead – Covid caused a lot of awful side-effects, including a massive stroke, and recovery will take a lot of hard work. But during the darkest days, when it looked certain that he wouldn’t make it, this was a day that seemed outside even our wildest dreams.

“It’s strange as we’ve gone through all this nightmare. But he has just gone out in March, and woken up at the end of July.”

Doctors initially thought Mr Woolf, who lives in Holloway near the Arsenal stadium, had meningitis when his sons called 999 on March 23. 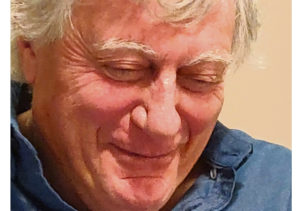 He collapsed over breakfast at a time before the extent of the Covid-19 pandemic in Britain was fully understood.

Nicky said: “He had just retired. He loved to go travelling and was studying an for art history degree at City Lit.

“He was very active and went to the gym four times a week. He had no underlying condition so it was all a real shock.

“We are not what you would call a sporty family and Dad had Arsenal’s fixtures on his fridge so he knew when to go away.”

Nicky’s grandfather fought at Dunkirk and he posted on social media a copy of a telegram the war hero sent to his mother on the day he got back safe.

“We have a family ­tradition of miraculous comebacks,” Nicky said.

During his time in hospital, Mr Woolf’s sons launched an audio books scheme for its patients.

They found that their father had enjoyed listening to Jane Austen’s Pride and Prejudice. He is now listening to The Hitchhiker’s Guide to the Galaxy through the scheme which also delivers Kindle devices to patients.

The Books for Dad project began with 20 Kindles at the Whittington and was then extended to UCLH.

The Whittington Hospital said in a statement: “We are absolutely delighted. Sam and Nicky’s Books for Dad project has been a shining light during the pandemic.”