Akshay: Come outside and let’s dance! 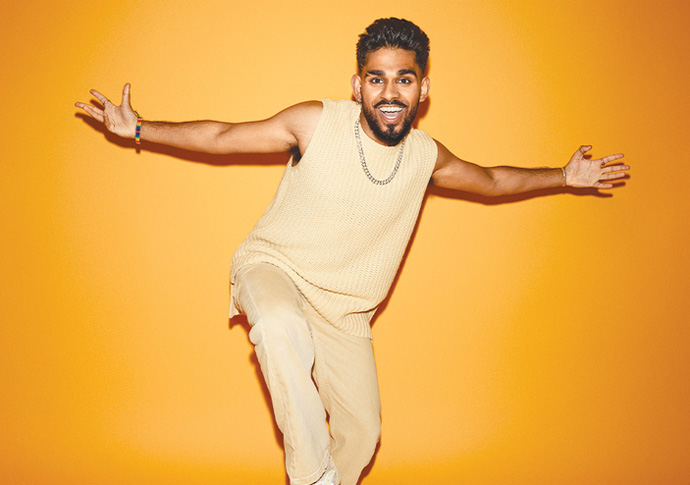 Akshay Patel gets ready to dance

A UNIVERSITY graduate says he appeared on a reality show to increase the visibility of gay Asian men in popular culture.

Akshay Patel, who has spent the last four years living in Angel, could be seen on screen taking part in BBC Three’s I Like The Way U Move – which combined dance with dating.

He was one of the show’s only gay contestants, and the only south Asian person to take part.

“For me it was kind of a double sword, I was like: ‘you know what, I’m going to represent south Asians in this way’, but for me it was important to raise the queer identity as well,” said Mr Patel, 22.

“Generally when we talk about media representation, you only see one or the other.”

Before appearing on the show, Mr Patel had not discussed his sexuality with his family.

“I wasn’t confident enough to tell my family. They didn’t know anything about it until a week before I was set to appear,” Mr Patel said.

He grew up in Wolverhampton and said: “Being from such a heavily south Asian area like the Midlands, I was raised by a lot of strong, masculine Asian men.

“But I always knew deep down that I didn’t fit with the ideals these men portrayed.”

“I think being based in Angel for about four years really taught me about what I like, what I’m into, and the kinds of people that exist. It brought out the best in me,” he said.

Mr Patel, who was raised in the Hindu tradition, argues that his religion and his sexuality are not mutually exclusive. “For me, it’s always about respect and tolerance,” he said.

“I would love more south Asians and more people who are religious to say, ‘you know what, they can coexist, we can get to a space where you never have to sacrifice one more than the other.”

He added: “Don’t get me wrong, there were stages where my identity was conflicted: oh my God, I’m gay, but what does that mean for my religion? I felt like I had to pick one or the other.

“But now I’m getting older, I can understand how religion has always been something that I valued.

“Now I’m getting to a new stage where I can ensure they coexist with each other.”

For Mr Patel, seeing people that look and sound like you is very important.

“I know so many boys in the closet who say: how are you so confident to do these things?,” he said.

“I know there are people out there who are screaming to be seen in any way, shape or form.

“And it might just take a billboard of a brown boy looking a certain way for people to say: You know what? One day it will be OK.”