Special birthday bash for woman who lived through 1918 pandemic 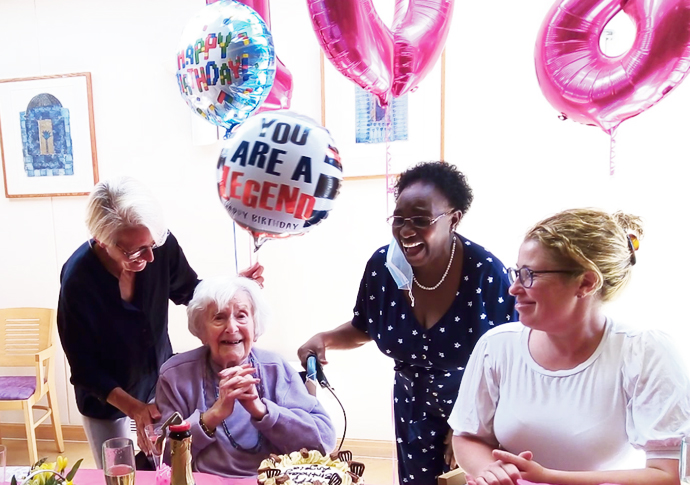 A WOMAN who is believed to be Britain’s oldest coronavirus survivor has celebrated her 108th birthday.

Angela Hutor lived through the flu pandemic in 1918 and both world wars before contracting Covid-19 last May.

Her daughter Pauline says her inspirational mother helped persuade her to have the coronavirus vaccine after she initially felt reluctant.

“I worried about her having it at her age, but it wasn’t really fair to inflict my will on her, so I said, ‘What do you think, Mum? They’ve created this vaccine and it’s very new, we don’t know what is in it.’ She said, ‘Well, if it is available, it would be silly not to have it’.”

Pauline added: “Then I thought, I really need to have it so I can visit her in the home. I thought we really have to move on and we need to get the vaccine to get back to some sort of normality.

“I thought, it does make sense to have it, not just for Mum but for everybody. She did make me think about it differently. I thought, if I’m having the flu jab, why am I making such a big deal about this one?” 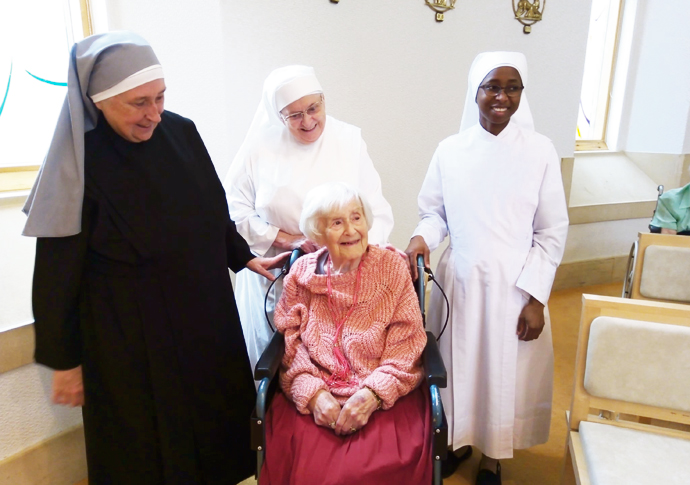 Connie Titchen, from Birmingham, was believed to be the oldest person in the country to have survived coronavirus when she left hospital in April. But she was born a month after Angela, whose birthday was on Friday.

Pauline, who lives in Mercers Road, Tufnell Park, said Angela remembers the 1918 pandemic, adding: “She doesn’t remember having to wear masks but obviously she was a very young girl. I think she thinks it’s just something we live with and you move on. I think a lot of people from that generation think like that.”

Angela’s parents were Italian but she grew up in Cannes in France and speaks both French and Italian. She came to the UK when she was eight and went to a convent boarding school.

Angela met her husband, Paul, and they married when she was 36. They bought a house in Mercers Road in the 1950s. Paul passed away in the late 1990s and Angela lived independently until she was well into her 90s.

She went to live at ­Little Sisters of the Poor, in Stoke Newington, run by a group of nuns, in 2019 where her Catholic faith has become an important part of her life.

When she contracted Covid-19, she was not expected to pull through.

Pauline said: “She wasn’t taking any food. She wasn’t even taking any water. She didn’t have any cough but she wasn’t eating. She was yelling and became very agitated but, in the end, she managed to have a really good sleep and it seemed after that she turned a corner. It was like she woke up from a bad dream.”

Angela celebrated her birthday with a mass, followed by lunch at a tea room with Pauline.

“The staff at the care home are amazing,” said Pauline. “Without them and the nuns, Mum wouldn’t be here.”