Architect in residence has designs on estate 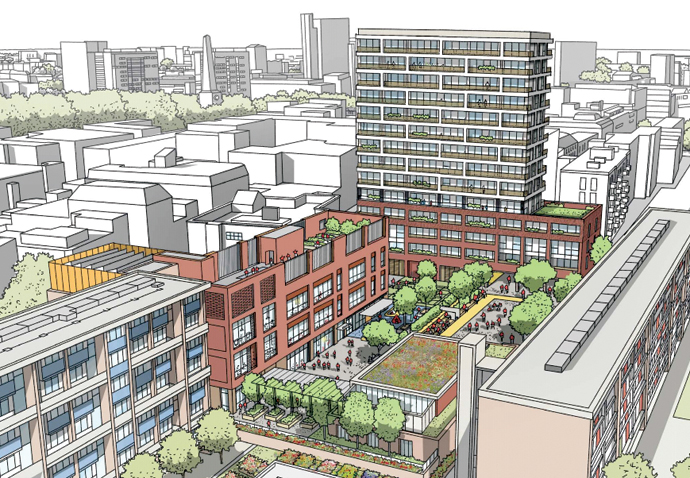 RESIDENTS on a landmark estate have come up with a rival redevelopment proposal in a bid to stop the City of London in its tracks.

Charles Humphries, an architect living on the Grade-II listed Golden Lane Estate, says a 14-storey tower block can be avoided while still getting the same amount of social housing for less cash.

The site straddles Islington and the City and the two authorities have teamed up to develop Golden Lane, a renowned example of post-war social housing.

More than 1,100 people have called on council bosses to reject the proposed development, which they say “threatens its architectural significance and integrity”.

The Golden Lane Estate was designed by Chamberlin, Powell and Bon, the firm that went on to design the Barbican.

The City has applied to develop a 66-unit social housing block and 420-pupil primary school, run as part of the corporation’s academy scheme, on the former site of the Richard Cloudesley School. The social housing unit allocations would be split 50:50 between the City of London and Islington.

Locals say the estate will be sandwiched between the two towers, with devastating impacts on its architectural heritage as well as public amenity for the current residents, including loss of sunlight, outlooks and increased pressure on traffic and parking.

Residents in the area have said they feel “under siege” as a block of 99 luxury apartments called the Denizen was also approved by the City on the edge of the estate. Bernard Morgan House is set to be demolished to make way for it, unless a judicial review submitted by residents is successful. 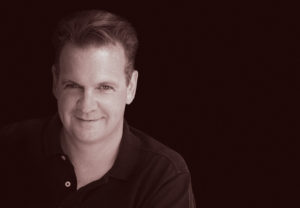 Mr Humphries, a leading member of the residents’ association, said he felt Islington Council was willing to break its own rules in return for maximum social housing, one of the authorities main priorities.

“If this was proposed by a private developer there is no way it would be passed,” he said. “It breaks almost all their policies.”

He stressed that the tight-knit community was in favour of development. “We would welcome a sustainable and more inclusive development,” he added.

To that end Mr Humphries, director of HEAT Architecture, has proposed two alternative designs of low rise buildings, one of which would actually include more social housing.

“This is an opportunity to put things right,” he said. “It seems like they have just plonked the tower there thinking it’s going to work. It doesn’t even face the main part of the estate so there will be no integration. It will be unfair on the people who are going to live there.”

Mr Humphries also fears it will set a precedent for high-rise towers, similar to what is happening around nearby Old Street, and leave the estate in a “canyon”.

He has also tabled a question for Thursday’s full council meeting, asking why the proposed tower will only have one staircase. UK building regulations are currently under review in light of the Grenfell Tower tragedy, and the Royal Institute of British Architects is calling for all tall multi-occupancy buildings to have alternative means of escape as well as wider staircases, as is required in most of the rest of Europe.

Mr Humphries will ask councillors: “Islington Council is considering a planning application for the extension of the Golden Lane Estate, to include a new 14-storey residential tower block with a single staircase – only four inches wider than the one at Grenfell Tower. Given that single staircase tower blocks are already banned in many other countries, and UK building regulations are under review, is it right to be making fire safety compromises on new buildings at this time?”

The application will be considered by councillors in the new year.

Golden Lane Estate was recently shortlisted for an Urbanism Award in the Great Neighbourhood category alongside Byker in Newcastle and Smithfields in Dublin. They were pipped to the post by Byker, but did come away with a framed commendation and an original poem from Yorkshire poet Ian McMillan.

All you need, anywhere, are streets paved with gold:
The gold of community, the gold of mutual benefit,
The gold of allotments in the early evening sun
That reflects on the windows of places built for living.
All you need anywhere is an island in the city
Connected to everywhere, central to the world
And looking out and in at the very same time
And so I give you the gleaming Golden Lane estate!
All you need is this: a place to live and breathe,
Gold spun from ideas, a Golden Lane of people
Because the people are what makes this place.
There I said it. Now let’s get on with living.