Are we prepared to turn the world upside down? 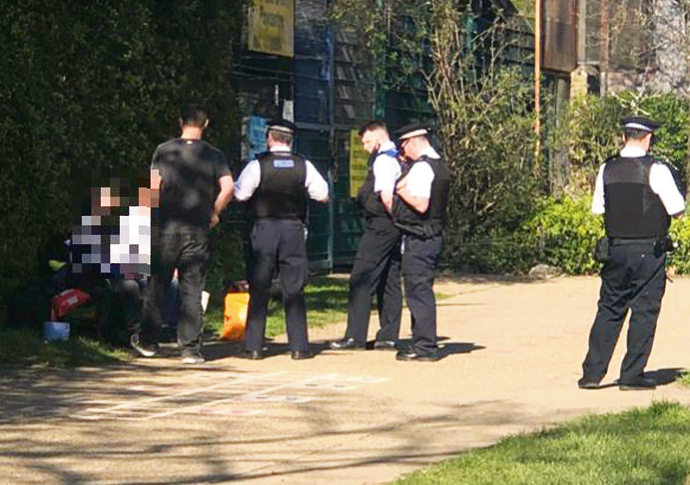 Police broke up a barbecue earlier this week in Fortune Green

THE cry of anger from the woman whose mother died this week from the virus should be heard – and acted on.

Logically, while there are imponderables in what is a life-and-death struggle with the virus – its length of stranglehold on society, its potency in contrast with other epidemics – we should act on the worst presumption, and expect the worst. The same logic should apply to the climate crisis.

That means we should socially distance ourselves from each other, and take note of the announcements of the medical experts. But we should also be prepared to question things ourselves. Do not allow ourselves to become automatons.

In recent decades life in Britain has become too individualistic, consumerist and self-centred – how else can one explain the stupidity of people still having barbecues etc? What madness! Despite this, we are basically selfless beings, hence the help strangers are giving each other.

Whatever the motivation of our government we must look at basic facts. Two basic problems face society – the skilled implementation of government civil service decision-taking, and the provision of income, money in the pocket, to the self-employed and small companies. Millions are self-employed and will need income within one to two weeks. The money has to be got to them. Not later but now!

The government is acting too slowly. There are signs that behind all the big talk – it is still only that – talk! Small companies are now told, we believe, that they first have to pay their staff and then reclaim the payment from the government later. This will mean more time delay.

The woman whose mother died at the Royal Free is also right in another respect – it is the poorest, the low-paid, who are helping each other. And that is magnificent. But it also reflects government foot-dragging, and slow reaction to a quick-changing crisis.

For the next few days, the self-employed and other strugglers will manage on savings but these would be expected to dry up in one or two weeks – and the government should be anticipating that now with “helicopter” money drops, if necessary.

Camden Council politicos and officials are naturally well meaning – and will do all they can to help. But they, too, have to think the unthinkable.

There are day-to-day solutions to present day problems – and then we also have to think of the next few months. What will happen then?

As life has been turned upside down, doesn’t that mean we should be prepared to turn society upside down.

Either this disease will suddenly disappear, which it won’t of course, or it will strangle society for months to come.

And then what? Is a new society on the horizon?

Are we ready? Or do we sleepwalk into a repeat performance of life today?