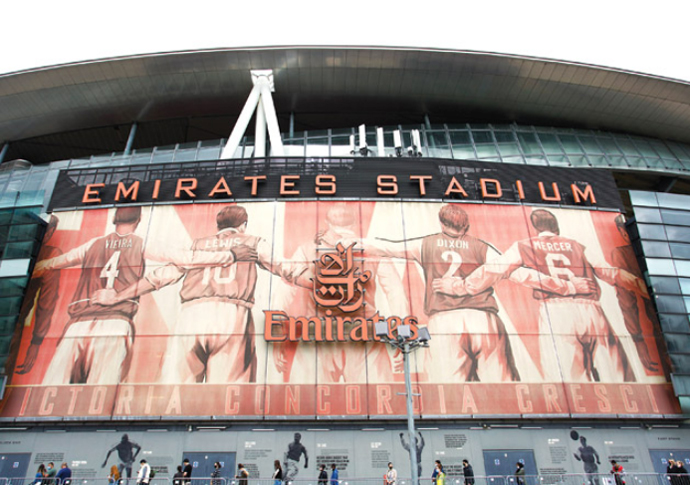 QUESTIONS were raised over the fairness of VAR this afternoon (Saturday) after Arsenal were beaten in controversial fashion by Manchester City.

Rodri forced home a stoppage time winner as Premier League leaders City came from behind to win 2-1 at the Emirates Stadium.

The Gunners had dominated the match, and were well worth their 1-0 lead – given to them on 31 minutes when Bukayo Saka swept home Kieran Tierney’s low cross to score his fourth goal in three league games.

But just before the hour mark what had been a one-sided contest was turned on its head.

Bernardo Silva went down in the area under a challenge from Granit Xhaka and calls for a penalty were waved away by referee Stuart Attwell. But then Attwell overturned his decision on the advice of VAR, allowing Riyad Mahrez to level from the spot.

It was a penalty, and yet another one of those moments where Xhaka let his team down. But the anger was instead directed at VAR.

The Arsenal fans felt aggrieved having seen their own shouts for a penalty just 10 minutes into the match denied following a long VAR check for Ederson’s tackle on Martin Odegaard.

The heat inside the stadium was ramped up even further when, within minutes of seeing their lead disappear, Arsenal were reduced to 10-men after Gabriel was sent off having picked up two yellow cards in as many minutes.

Gabriel Martinelli, who missed two good chances in the first half, squandered a golden opportunity to restore Arsenal’s lead from five-yards but missed the target with the goal at his mercy.

With 10-men the home side were forced to dig in and defend, and looked to have done enough to earn at least a point – until a hopeful cross from the right dropped to midfielder Rodri, who poked the ball beyond Aaron Ramsdale.

Assistant manager Albert Stuivenberg, who was manning the Arsenal touchline in the absence of Mikel Arteta, who tested positive for Covid on Wednesday, couldn’t hide his disappointment after the final whistle.

He said: “Well, I’m upset that we didn’t end up with three points. That’s the most frustrating part, but at the same time we are very proud about the performance of the players.

“Of course, there are some moments that I think decided the game. You had the first moment with Odegaard in the first half which I think is a clear penalty, but at least a moment for the referee to check, and then it happened in the second half for their penalty which is not really consistent.

“Then of course the sending off was an important moment after that, but to be fair, we still had a very good performance against a very strong team in how we defended with 10 players. To end up in the last moment with zero points is very frustrating.”