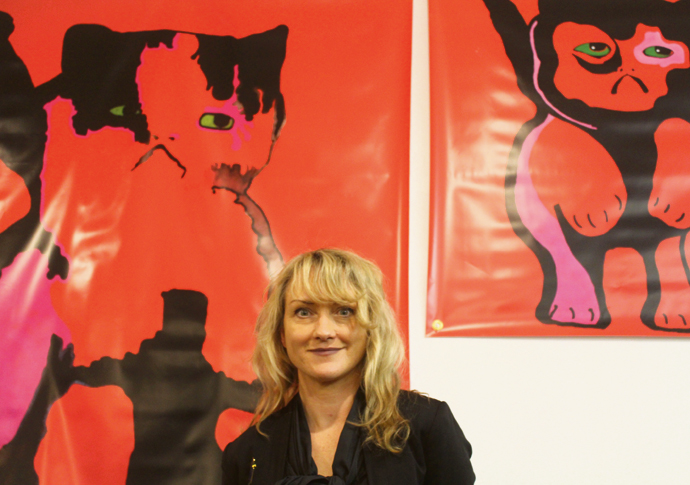 Artist Charlotte W. Stubbs with her work inspired by the prison.

ART and photographs have gone on display which document the closure of Holloway Prison and the campaign to ensure its redevelopment includes affordable housing.

An exhibition at the Ringcross Community Centre, in Lough Road, Holloway, features work by members of Sisters Uncut, the group who have defiantly occupied the site in a protest against cuts to women’s services. 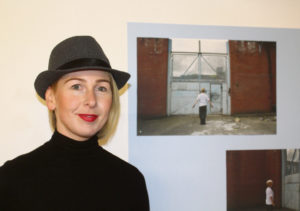 The women’s prison was closed in July 2016 – after functioning as a jail since 1852 – with plans to sell the site for housing. Inmates have been moved to prisons in Surrey.

Last month, Islington Council adopted a proposal pledging it would only back developments that hit a target of at least 50 per cent affordable housing and also include a space for community benefit, preferably for women. 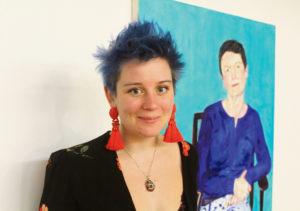 Artist Susan Merrick is among those showing her work, which was created after holding workshops with women from the prison.

She said: “The women had mixed views about being at Holloway Prison but one thing that came across was that it had a spirit of camaraderie which has been lost along with the site.”

Artist Kate Kelly, meanwhile, painted a portrait of the last governor of Holloway Prison, Julia Killick, explaining: “I wanted the portrait to be soft to show the sensitive way she dealt with the job.” 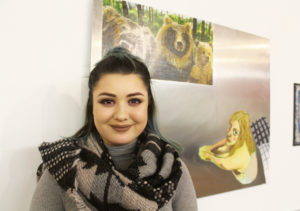 “It opens up the debate for what they will do with the site,” he said. “The site is massive and it has scope for a legacy to be left for women. It could be a hub for women where, if they have a problem, they can go there for help.”

The exhibition runs until February 23.