Beware flying too close to the sun

Roy Trevelion pays a very personal tribute to his friend – the warm and wise novelist, poet and activist Susanna Mitchell 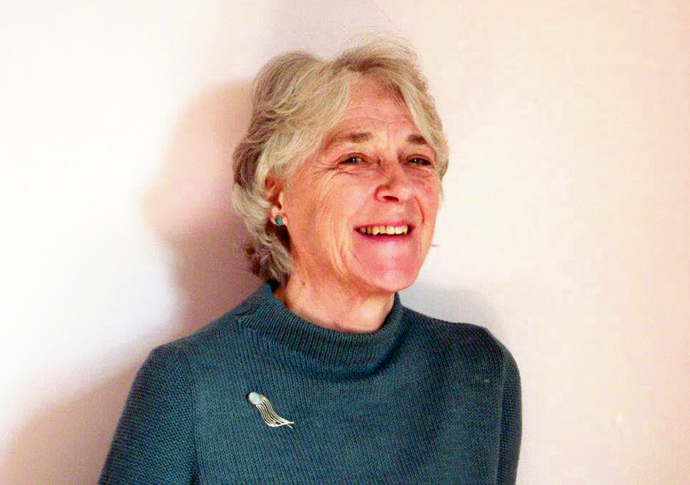 THE sad news came from Susanna Mitchell’s family on the afternoon of July 7 – “Susanna has passed away peacefully at the Marie Curie Hospice,” after a long illness.

Susanna was born and educated in Ireland. She was a novelist and poet, an activist and teacher with a background in political philosophy. Her novels include The Token, shortlisted for the Yorkshire Post prize, and The Colour of His Hair, which addresses the problems of her native Northern Ireland.

She taught politics and political thought in the Social and Political Science Faculty at Cambridge University, and later was a Fellow of the New Economics Foundation. There she worked with the Global New Economics team on international debt and immigration, the power relations between these issues and the political arena, and their impact on health care systems in the so-called developing world.

In retirement she was active in local politics, with a focus on campaigning against the privatisation of the NHS. She was a member of KONP (Keep Our NHS Public) and the Socialist Health Association, and a SHA delegate to Holborn and St Pancras Constituency Labour Party General Committee.

Susanna had gone into the Marie Curie Hospice towards the end of 2020. But she recovered sufficiently to move back to her family and home in Highgate.

In the spring of this year she was well enough to meet up on Parliament Hill Fields. It was a warm sunny morning. She and I walked into the park, and Susanna directed us to a wooden bench that was sheltered from the wind by high bushes. The bench gave a spectacular view over London.

We chatted – and laughed – about all sorts of things, both personal and political. For example, friends and comrades were very concerned about the Centene Corporation taking over some of the general practices in Camden. Susanna and I had previously collaborated on a number of articles about this sneaking privatisation of the NHS for the CNJ. But friends’ concerns about Centene were surprising.

“They have seen the articles, but this is a new outrage to them,” Susanna said of her friends, “and they work so hard, and they’re all so good…”

Feeling like Cassandra, Susanna continued: “It’s not that they don’t believe these things about the NHS, they just seem to forget them. It’s like a kind of amnesia. This means that each new revelation about privatisation feels fresh to them, it’s a new outrage.”

We stopped talking and turned to look over the fields that sloped away in front of us. Although it was a warm and brilliantly sunny day, there were just a few people walking on the fields. We watched as a lone cyclist walked to find a good spot for sunbathing. He took off his shirt, laid down and basked in the sun.

Susanna was a poet as well as an academic and activist. Without discussing the poem, we silently acknowledged WH Auden’s poem about the fall of Icarus, caused by flying too close to the sun. Down on earth, this poem says, we go about our daily lives with an indifference to disaster.

This day’s disasters were personal and political. The young man sunbathing could be unaware of concerns about the coronavirus pandemic, and how healthcare systems around the world – including our NHS – were being overwhelmed. And, although the day was idyllic, Susanna knew that meeting friends like this on the Heath would not last. We turned back to look at each other. We were suitably spaced apart at either end of the bench.

“Yes, people say this, but I’m in some pain,” she replied.

Her eyes sparkled as she smiled. She was wearing some fine and delicate jewellery, and her handsome face was framed by them as well as the fine shirt and jumper.

We carried on talking and smiling about so many different things.

And then it was time to part. We walked back to Highgate Road and said goodbye.

“Lots of love,” called Susanna as she walked towards her home. I carried on down to Kentish Town.

As I walked, I remembered a phone conversation I’d had with Susanna. Perhaps it was her elegant outfit that reminded me, and I smiled as I recalled the day the phone rang.

Susanna laughed as we said hello.

“Oh goodness!”, she said, “you’ll never guess. I was going to have a busy day and I was just getting myself ready when the doorbell rang, but I was only half way into my jumper.”

She said she hadn’t quite got the jumper over her head because of the arthritis – she laughed again.

Who could be ringing the bell? – she wondered – it might be important. No one else was at home so she had to answer it herself. She struggled down the hall and opened the door.

She couldn’t quite see through the jumper – she told me – and only then realised how funny this looked. The callers must have been shocked and amazed to be confronted by someone answering the door with a face completely covered and an arm stuck but desperately trying to get into a position to find the sleeve.

Knowing Susanna, she probably said – through the material – and in a sweet but serious voice: “How can I help?”

Susanna was always helping. She was loving and kind to everyone. And she was supportive of all the people she knew. She worked hard to make a difference for the better.

Whether for family and friends or in politics and society in general, she always made a difference for the better – even with her head stuck in her jumper!