“We will probably be closed for a few weeks. It’s a terrible clear-up process.” 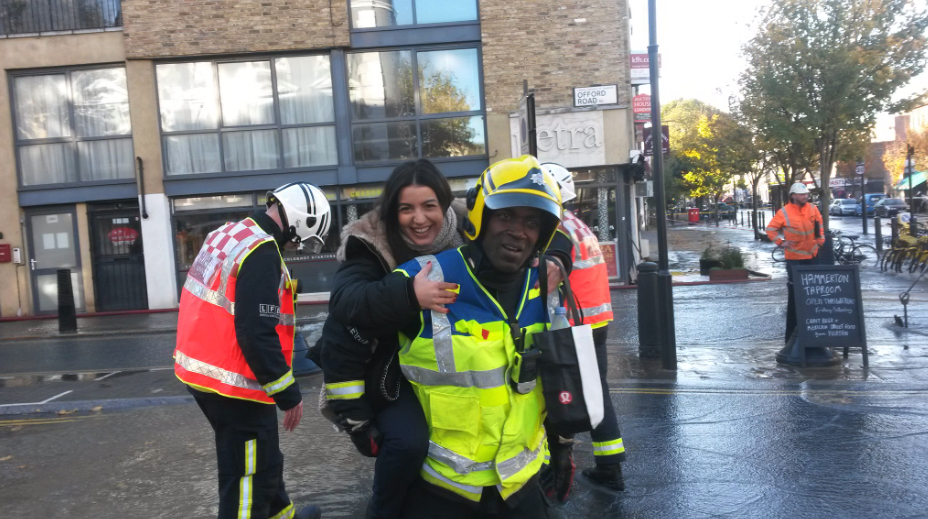 Woman helped across the road by a firefighter Credit: Cllr Paul Convery

A BATHROOM shop was among properties flooded when gallons of water poured out of a burst pipe in Barnsbury, prompting calls for Thames Water to commit further investment towards upgrading its network.

Hundreds of residents were left without water and two schools forced to close on Monday morning when a 12-inch pipe in Offord Road ruptured shortly after 6am.

Dennis Williams, owner of Bath Sorts and Concept Kitchen at the corner of Crescent Street, said: “I was coming to work and I saw the water rushing down the street.

“We will probably be closed for a few weeks. It’s a terrible clear-up process.”

The bathroom shop’s basement was flooded about one metre deep and the ground floor was covered with silt. Mr Williams estimated around £35,000 worth of damage was caused across both shops. 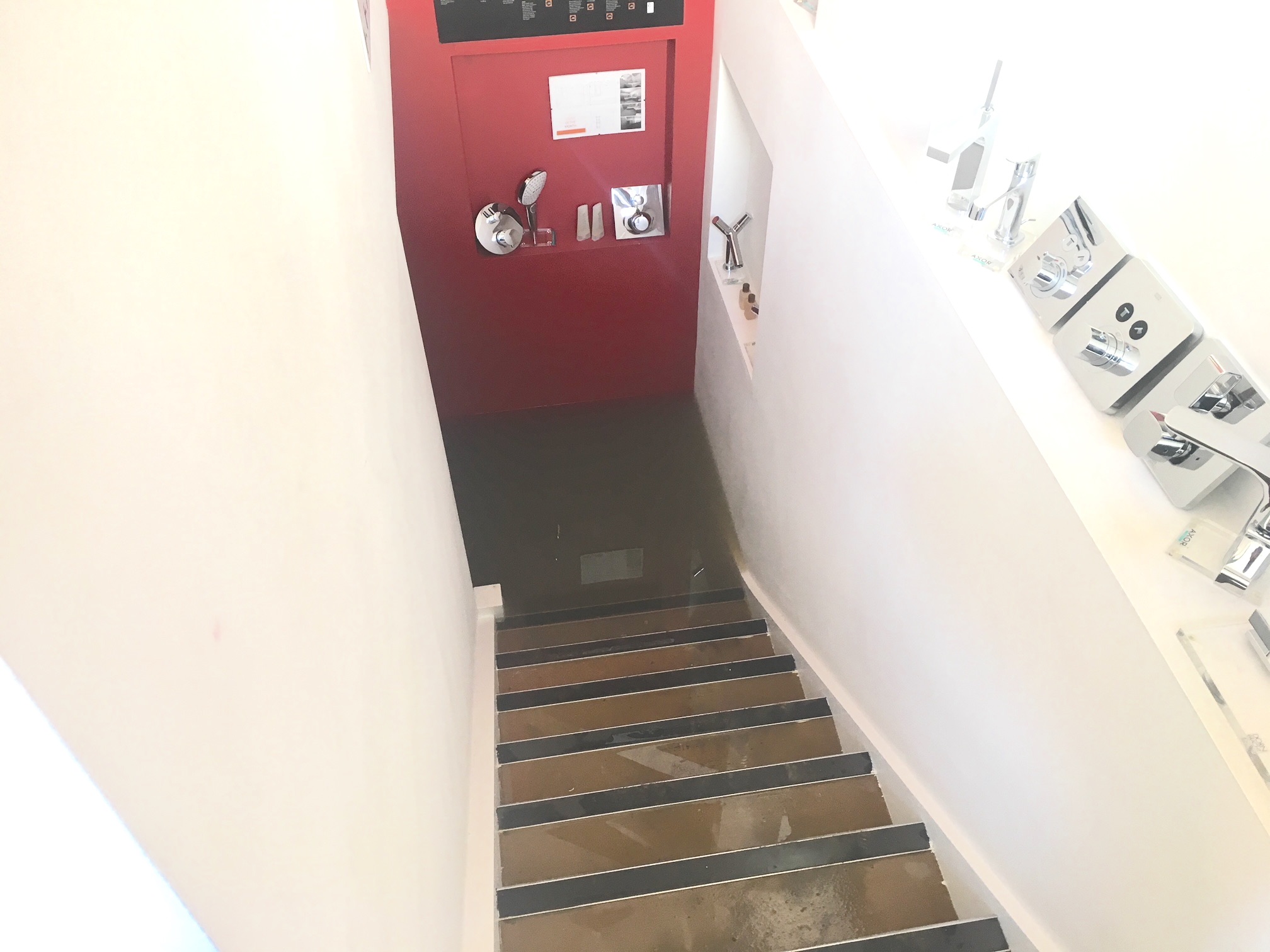 Flooding at the basement of Bath Sorts and Concept Kitchen in Caledonian Road: “We will probably be closed for a few weeks”

This week’s flooding was not as catastrophic as the huge flood in Angel in 2016, but it caused significant damage to shops on the road. 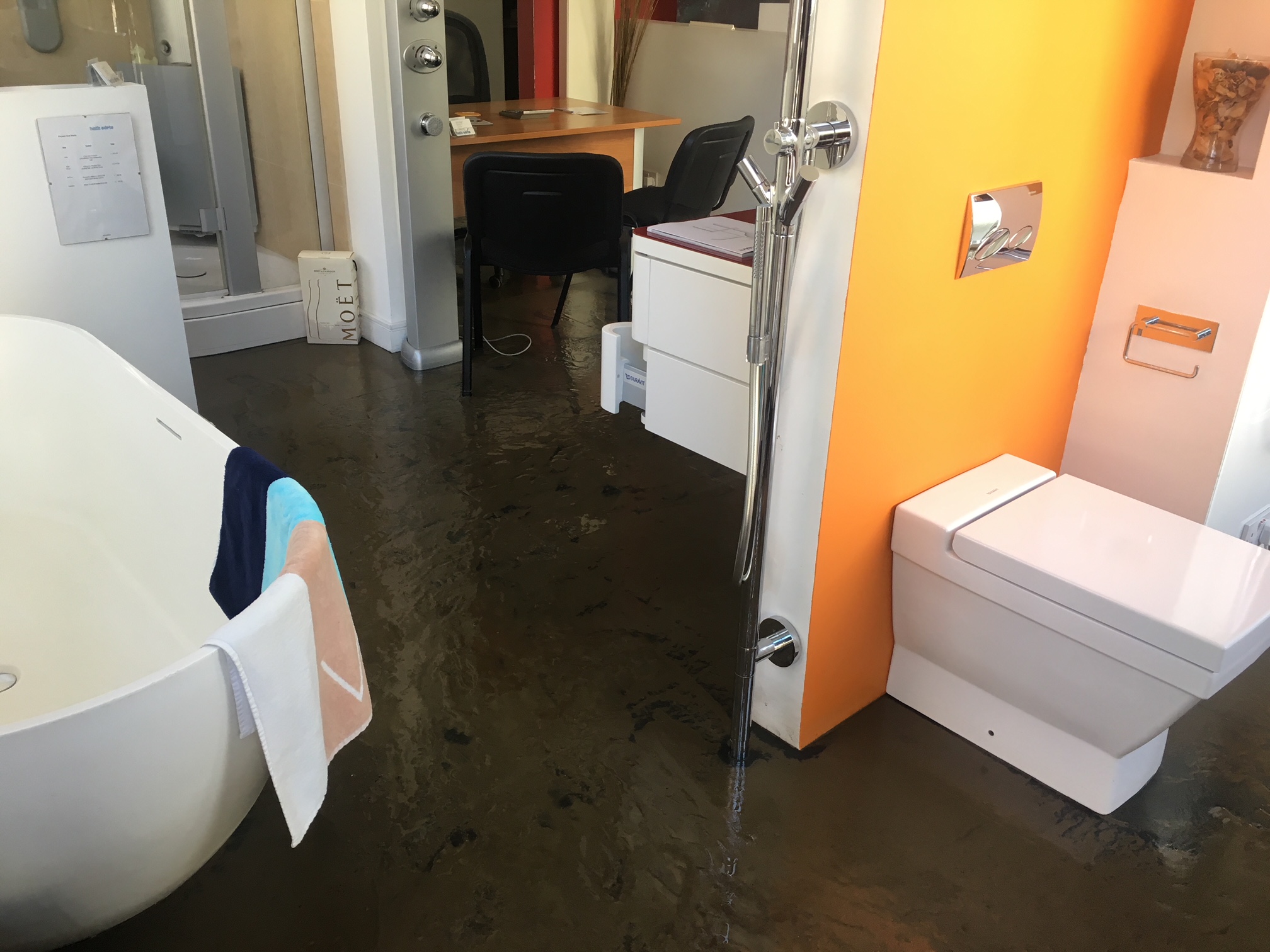 Residents of two properties have been moved to alternative accommodation while work is carried out at their homes. Thornhill and Laycock primary schools had to close.

Cllr Convery called on the water company to renew more pipes and to “put investment before profit”.

“Offord Road probably was not a high-risk pipe but it still burst,” he added.

“Thames Water seems to be putting investment into ultra-high-risk pipes and my view is that it needs to be going a little more extensively than that.”

Thames Water said the distribution pipe, which delivers water to homes, was not on its “at-risk” register. The company is currently repairing a “record” 1,000 leaks a week, it said.

“We understand incidents like this can be frustrating and we’d like to apologise to residents and thank them for their patience,” the firm added.