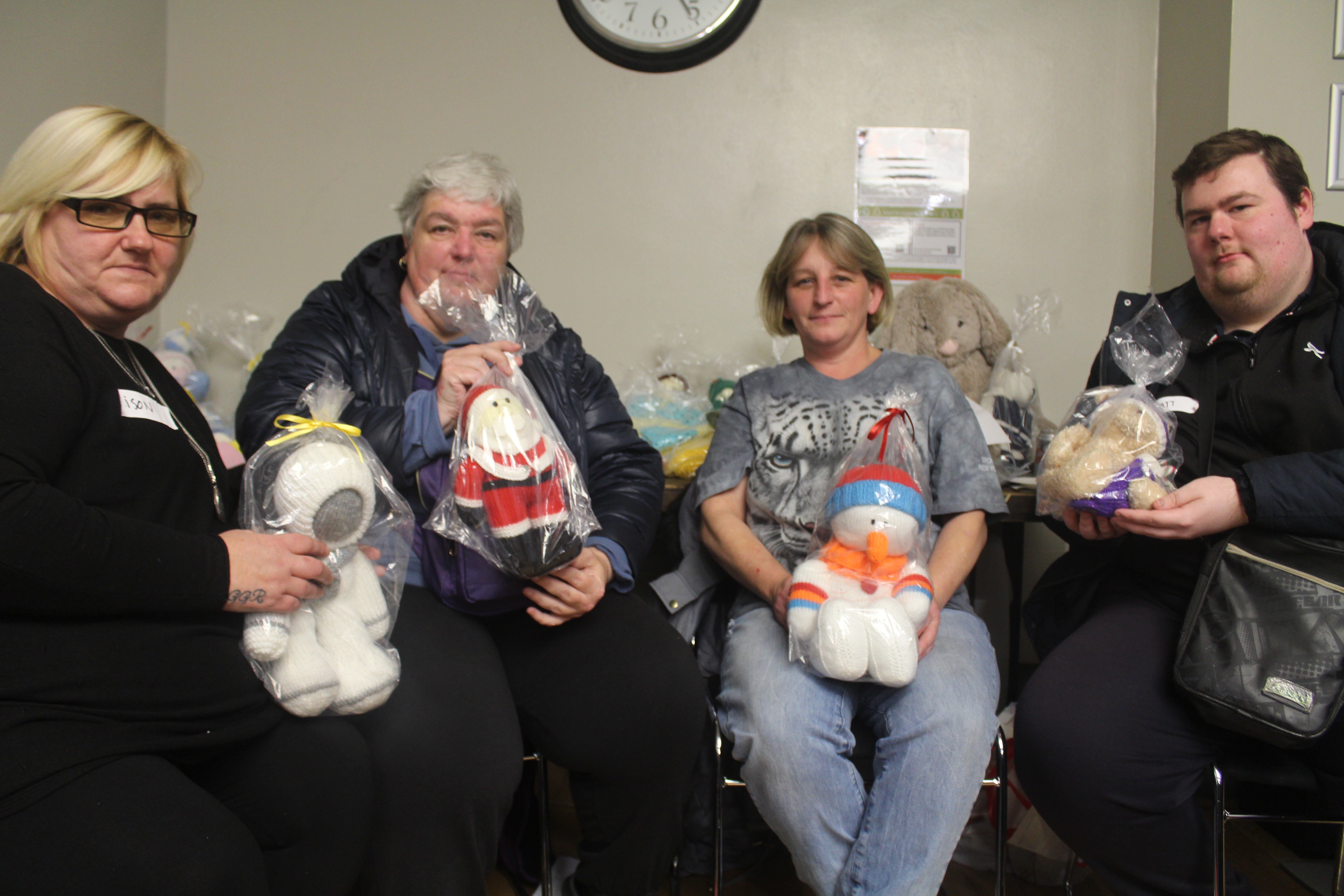 Knitted hearts have been hidden in and around the neighbourhood and if you stumble across one, let it be known that someone out there cares.

Little Hearts of Care is a friendship project that has developed between two friends who created a Facebook page for people to share the knitted hearts they stumble across, as well as ideas and photos of hearts they have made.

Joanne Cater, who lives in Islington, says: “I never really bothered that much about knitting throughout my 20s and 30s but when I lost both my parents I became so empty and very lonely.”

Joanne, who also suffers from bouts of depression and osteoarthritis, adds: “Knitting has been my constant companion when I needed to have some comfort on my bad days. I would go to the library to access patterns and ideas to help support charities through knitting, and after joining a few craft groups on Facebook, I met a lovely lady called Sophie, from Devon, we both shared the interest of knitting and making things for charity. We have started making little toys on which we sew little hearts – children have found some of the toys and hearts and the parents have posted some lovely photos onto the page.

“There is also an email address for anyone that doesn’t have access to Facebook, and would like to post their finds or get involved with making and hiding hearts or toys in their local areas.

“So far hearts have been hidden and found in London, Devon and France, even in a gym locker, so we are hoping that members would like to support us in making and hiding hearts to let people know that there is always someone there, and they are never alone.”

For more information on Little Hearts of Care visit www.facebook.com/LittleHearts OfCare or email them at littleheartsofcare@gmail.com 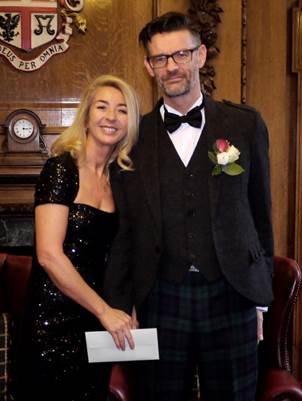 Amy and Mark on their wedding day in June last year

When fitness instructor Amy Bateman, 50, was first diagnosed with stage three womb cancer 18 months ago, her life, and that of her long-term partner, Metropolitan Police officer Mark Harrison suddenly changed.

The couple were initially due to marry in June last year but held the wedding at the Town Hall six months early, before Amy was due to start her chemotherapy.

“It’s amazing what you can do when something like this focuses the mind,” says Mark, 49.

Just before Amy – who is now in remission – finished treatment last May, she cheered husband Mark on as he ran the London Marathon for Macmillan Cancer Support, which supported Amy throughout her treatment.

Now he’s running the marathon again for the charity, which also supported his dad who died after being diagnosed with pancreatic cancer in 2017.

“When I was first diagnosed I was in shock, and just went into auto pilot,” says Amy. “I don’t think I’m brave – I just had to deal with cancer and everything it throws at you. I think for Mark in a way it was worse – he felt helpless. Running the marathon gave him something to focus on, and it’s his way to give back for the support we received.”

Mark says: “We received help and guidance the whole way through, and no question was too silly. We can’t speak highly enough of the Macmillan staff. I am truly indebted to Macmillan.”

Mark is running the London Marathon this Sunday for Macmillan Cancer Support as part of #TeamMacmillan.