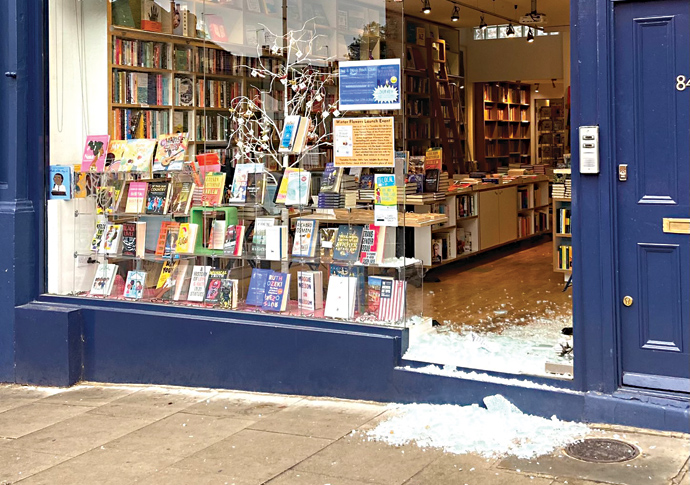 The damage at Ink@84Bookshop in Blackstock Road

A BOOKSHOP in Highbury has suffered thousands of pounds in damage after a break-in.

Owners of the Ink@84Bookshop in Blackstock Road found the glass shopfront shattered upon turning up for work on Tuesday morning.

The police say there have been no arrests so far and enquiries continue.

Betsy Tobin, owner of the bookshop, said: “It is very unfortunate. People have an idea that bookshops are sacrosanct to crime but sadly that’s not the case.

“It is the fourth attempted break-in but the first one that was successful. 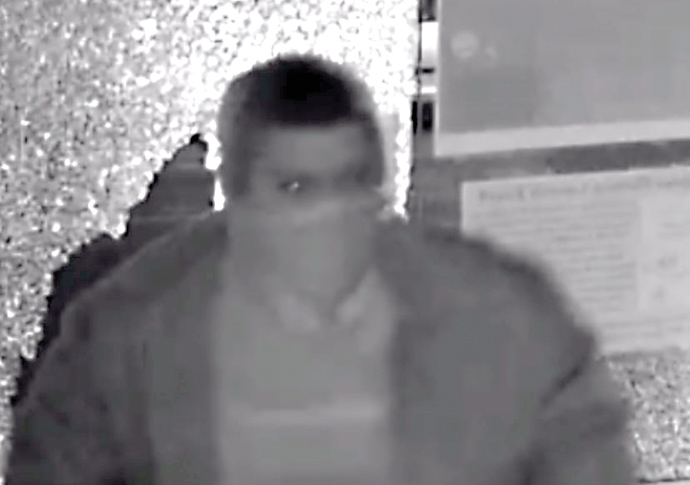 “We no longer accept cash payments since Covid but have kept that rule in place for safety reasons. We have signage but obvi­ously our signage is no longer clear enough.

She added: “The community is extremely supportive. I think everybody was sad to see local businesses attacked.”

The bookshop has circulated on social media a black and white image of a possible suspect, adding: “Some folks will do anything for a good read.”

The Met Police confirmed it was called at around 6am on October 19 following reports of a burglary at a commercial venue in Highbury Park.