British cheese: the whey we were

In the bleak old days of British ‘cuisine’ the cheese board was really only brought out at Christmas. How things have changed, says Peter Gruner 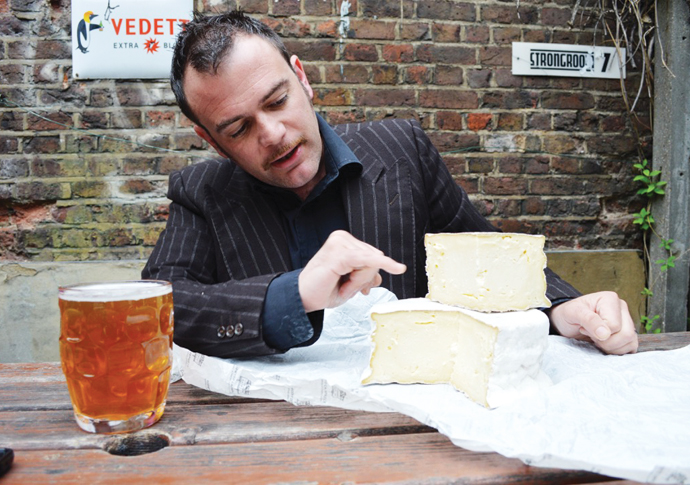 NEAL’S Yard Dairy in Covent Garden became the centre of a magnificent and mainly unsung British cheese revolution, inspired by a hippie wholefood campaign more than half a century ago.

In A Cheese Monger’s History of The British Isles, author Ned Palmer explains that back in the Dark Ages of food, the early 1970s, you would have been hard-pressed to find much more than a few popular examples of the dairy product.

Of course, there was Stilton for Christmas, and blocks of Cheddar the rest of the year, and maybe even some Cheshire or Lancashire. “But that was pretty much your lot,” Ned said this week. “British cheese had become virtually extinct, as had the tradition of ‘farmhouse’ dairies.”

How things have changed.

Postwar Britain had about 162 local cheesemakers which by 1999 had risen to 350. Today, Britain has an estimated 800 named cheeses, from the soft variety like Perroche, made in Herefordshire from goat’s milk, to the aptly named fine and somewhat “stinky” Somerset-based Renegade’s Monk.

What’s more, there are now said to be 300 farmers’ markets listed by the Farm Retail Association, compared with a handful back in the early 1990s.

Indeed, the product is even championed by one Jeremy Corbyn, MP for Islington North, and leader of the Labour party. He not only makes his own cheese, er, when he’s got time, but is also a member of the Parliamentary Cheese Committee.

Ned, 47, born in Putney, a former professional jazz pianist, speaks glowingly about his six years working at the Neal’s Yard Dairy, famous for its range of British and Irish cheese. 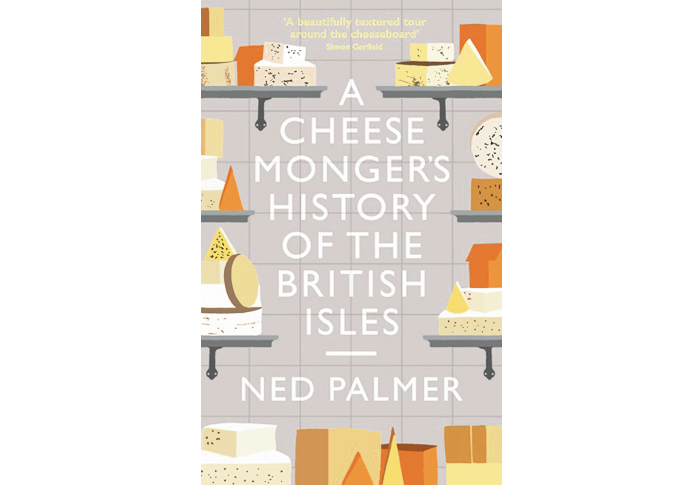 “I began to understand how flavours are influenced not just by technique but by the soil, the local climate and the culture of the people who make the cheese.”

Back in the 1970s, before the building in Neal’s Yard became a dairy, it was a warehouse in a squalid, dark, rat-infested derelict bit of Covent Garden. This is where hippie Nicholas Saunders – who was inspired by mystic George Gurdjieff – opened the Wholefoods Warehouse.

“After nine months the shop was doing so well that Saunders divided up the profits between the workers and dropped the prices,” Ned writes.

Over the next three years Saunders added a bakery, a flour mill, and most importantly a coffee shop which is now Monmouth Coffee. The dairy was opened in 1979 by Randolph Hodgson with the aim of discovering Britain’s best cheeses.

“When I worked in the dairy, we would taste and discuss each cheese as we put them out first thing in the morning. It’s that process that develops your palate, helping you to understand cheeses and so help customers find what they really want,” said Ned.

Over in Highbury Park, Patricia Michelson, founder of La Fromagerie, opened her first cheese shop in 1992, where she matured French and other foreign cheeses in cellars. She later opened shops in Marylebone and Bloomsbury. Notwithstanding the French name, her stock included at least 100 cheeses from the British Isles.

Today Ned, whose book is a thoroughly entertaining and light read, runs The Cheese Tasting Company and travels the UK promoting the food.

“It’s an opportunity for people to taste cheese and also learn about the local environment and culture.

“I’m currently enjoying a Wensleydale cheese called Whin Yeats, made from a pre-war recipe. It’s way creamer than you would expect. Delicious.”