Butcher’s traffic warning was the Santa of attention

Statue appeared in York Way with message for motorists 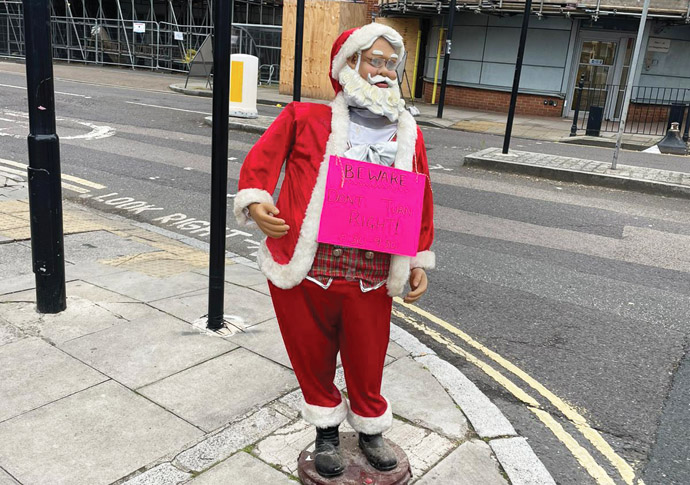 Roadside Santa… before he was nicked

A BUTCHER placed a little helper on the roadside to warn motorists about a traffic ban after hearing about his customers getting fined.

A statue of Father Christmas appeared in York Way holding a sign saying: “Beware: D­on’t turn left 8.30 to 9.30” leading to questions over who the mystery person behind the act was.

Paul Langley, owner of Cramer’s Butcher in York Way, said: “I’ve been here for 50 odd years. You could drive down that road either way then all of a sudden they put them signs up and half the time they’re round the wrong way.”

The sign was put there to warn people about the new traffic ban during the school run – a council scheme to reduce air pollution around schools. The street is home to Hungerford Primary and the Bridge Primary.

A camera and “pedestrian and cycle only” sign was put in place at the corner of Hungerford Road and York Way in January this year.

Mr Langley said: “People turn having not noticed the sign. It’s automatic, isn’t it? Most of it is the mums at the school and some saying they got fined in the half term. Half the time the sign is round the wrong way. But people notice the Santa on the corner. Everyone noticed the Santa. It’s not often you see a Santa in June. They think ‘what is that doing there?’ then they see the sign.” 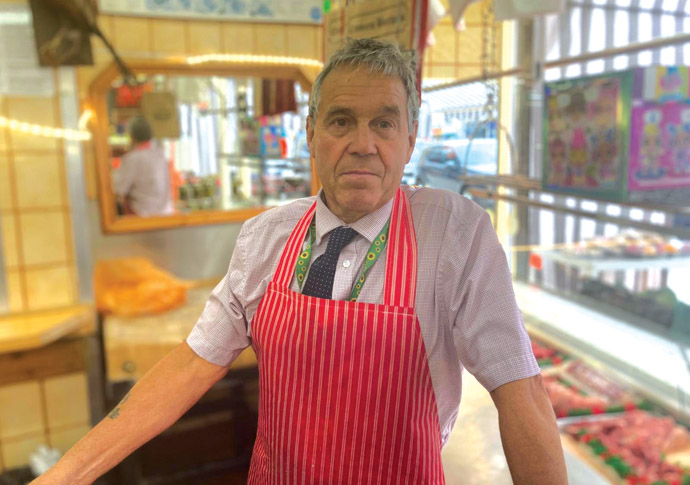 He said: “Someone’s nicked it. First its head went missing now the whole thing’s gone but it don’t matter. I can get a new one. Have to think what I can put there next.”

His daughter Daisy Langley, who also works in the shop, said: “It was a way to catch their eye. We had one customer say they got six fines in one week.

“A lot of our customers are mums at the school around the corner and they’ve been caught out. I’ve even heard people living down that road getting fined when they’re driving home.”

Majid Facih from York Way Barbers said: “It just seems to be a money-making scheme. If people get a warning letter its fine. But in the morning if you’re dropping your kids off at school then you get a ticket, it’s not a fair way of dealing with people. The council is a governmental organisation, it shouldn’t be like the private sector just thinking about making money.

“It should be if you make the mistake a second time, you should get a ticket. The first time they should just get a warning letter.”

Islington’s environment chief Councillor Rowena Champion said: “We are working hard to tackle the climate emergency and to create a net zero carbon Islington by 2030, because we know that doing so will make our borough a greener, healthier, fairer place to live.

“Our School Streets are a key part of this ambition, and help young people, parents and guardians to enjoy active lifestyles, free from the toxic effects of air pollution.

“In addition, the schemes make it easier for local people to safely socially distance as they make their way to and from school.

“The Hungerford Primary School and The Bridge Primary School scheme was introduced earlier this year as an 18-month trial, and a public consultation will take place after approximately 12 months so that local people can have their say on whether it should remain permanently.

“There are clear advance warning signs about the scheme. In the meantime, we are listening carefully to local people’s feedback on the scheme and, if necessary, can make changes based on this feedback.”