Café culture with a four-legged friend

Rebecca Serra and Ross Willoughby-Young with their greyhound Sullivan at their Greyhound on the Green café, located in St James Churchyard, Clerkenwell, in a former park ranger’s hut (inset above)

A young couple from Archway have opened a café in Clerkenwell with some tail-wagging company.

A park-rangers hut tucked away in St James Churchyard in Clerkenwell Close has been transformed to Greyhound on the Green, run by Rebecca Serra and her boyfriend Ross Willoughby-Young, along with their retired greyhound, Sullivan.

“It’s a beautiful place,” says Rebecca. “People come here and say ‘it feels like you guys are in a Richard Curtis film and it does. It’s a place to meet your neighbours in a city where people are adamant you don’t – which I think is waffle.”

Ross adds: “You can learn so much about people’s lives. London can be transactional and quick. But here it is good to be somewhere slow.”

The café has raised more than £80 for charity DOTS – a free, roving vet service for homeless dogs on the streets. “I have always been a greyhound lady,” says Rebecca. “I came up with the idea of having a greyhound café 10 years ago. When this place came up I thought it was perfect. I always wanted a job where I get to hang out with my dog as much as possible.”

The café uses ethically sourced products from Holborn’s Redemption Roasters and Bread By Bike in Kentish Town. Plans are in the pipeline to start a book club in June. 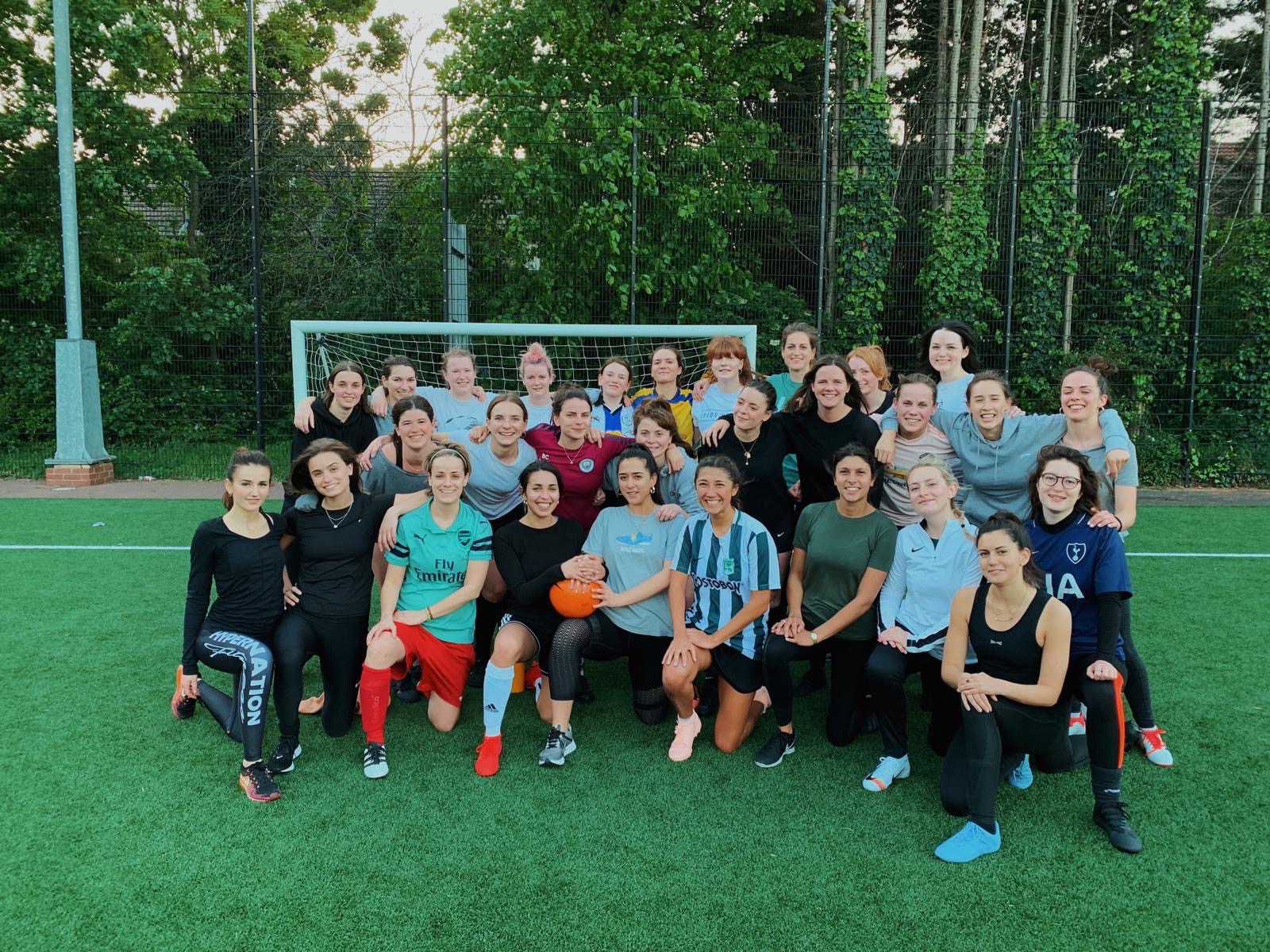 A football team in Market Road are calling on potential sponsors to get in touch.

Todo Ciudad FC, who have raised over £6,000 for charities including the Teenage Cancer Trust and Shelter from the Storm, are determined to continue making links in the community and are looking for support with new football kits for their men’s and women’s teams.

Josh Pugh, partnerships and sponsorship coordinator, says: “Since moving to Islington it has been easy to establish ourselves in the community a bit more. We have started getting the ball rolling with establishing a youth team and are going to approach Islington schools. We want to be the example of what a grassroot football club looks like. We are embedded in the community, raising money for charity and are ready to take the next step.”

Todo Ciudad FC have launched a women’s team this year who are also looking for sponsorship.

Ruth Collett, chair of Todo Ciudad Women’s FC, says: “When we came up the idea of having a women’s team we weren’t expecting much but over 30 women turned up to the first session and it has been growing ever since.”

For more information email Josh Pugh at joshsdpugh@gmail.com or go to www.facebook.com/todociudadfc/