As she stands down from being a Foundation Trust governor, Wendy Savage issues a call for others to take her place 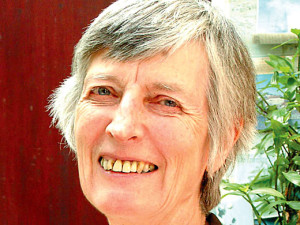 FOUNDATION Trusts were the brainchild of Alan Milburn. The legislation to establish them was passed in 2004. Part of the idea was to increase participation by citizens in the NHS. Unlike NHS Trusts, Foundation Trusts had members who elected governors to act as a bridge between the Trust Board and the public. Anyone living in the geographical area of a Trust has the right to become a member of it. Patients are also members.

I knew little about FTs when, in 2012, I was asked by my local councillor to stand for election. I soon learned that the governors had two statutory functions: to appoint the non-executive directors (NEDs), including the chair, and to hold them to account. Governors are unpaid volunteers and initially are elected for three years but can stand for re-election until a total of nine years have been served. This I have done and I must stand down in October. Elections for governors are taking place now.

You can become a member by visiting the Candi website www.candi.nhs.uk and completing an application form.

The work is very interesting and not too time consuming. There is a council of governors meeting every quarter, which lasts about two hours. Since Covid this has been held virtually using Microsoft Teams.

There are five groups and two committees that governors can join or be elected to. These also normally meet quarterly, although the nominations and remuneration committee, which oversees the appointment of new NEDs, has more meetings when necessary.

Before Covid there were visits to various services often with a NED. Since Covid, the chair and chief executive of the Trust have been meeting about monthly with the governors to keep them informed about how the Trust is doing. As governors we do not attempt to manage the service provision, but as members of the community we have a vital role to play in bringing grass-roots issues to the attention of the Trust Board.

In my nine years as a governor I have been impressed by the hard work of all the NHS staff and the high quality of their input. The current medical director and his staff produced a brilliant clinical strategy and an ambitious building programme is proceeding apace. Much of our estate is old and unsuitable for care in the 21st century, so the discussions with staff and service users about how to rebuild have been an interesting part of the role throughout my time as a governor.

Mental Health has always been the Cinderella of the NHS. Despite the rhetoric that mental health services should have parity with acute services, and repeated promises to put more money into them, it is clear that much more investment is needed.

Last year, the Trust started a new emergency service, which meant those suffering a mental health crisis did not have to go to an A&E department but were seen on the St Pancras site. This has been welcomed by the service users and the acute hospitals and is set to continue as a positive outcome of the pandemic.

The previous NHS procedures would have taken years to work through!

Candi was designated as the place for North Central London Covid patients to be nursed, and that worked well. Not one of our patients and only one of our hospital staff died, which is a tribute to the medical and nursing staff. Vaccination has been going well and a dedicated centre was set up in one of our clinics in Camden.

Five years ago, the Trust gave the governors an annual grant of £20,000 to improve service-user experience. We have started a choir, run by Key Changes. It is primarily for staff and service users, but anyone from Camden and Islington can join. We have managed to keep going virtually throughout the pandemic and it has been a lifeline for some of our service users. A dance class and various garden projects have also been successful.

The new governors will be able to contribute to the ambitious building plan known as the St Pancras project. Governors attend the presentations by the developers and contribute to the discussion, although the final decisions are made by the Trust Board.

Governors insisted that land for building housing should be leasehold, so Candi retains the freehold. The money from this will enable the new building and refurbishments to be done to a high standard.

There are four vacancies for both the Camden and Islington constituencies, so please, if you are interested in mental health and want to contribute to our fantastic NHS, join the Trust as a member by going to www.candi.nhs.uk and completing the membership form.

• Wendy Savage is a consultant gynaecologist and campaigner for women’s rights in child­birth and fertility, the first woman consultant to be appointed in obstetrics and gynaec­ology at the London Hospital, and a former chair of Keep Our NHS Public.