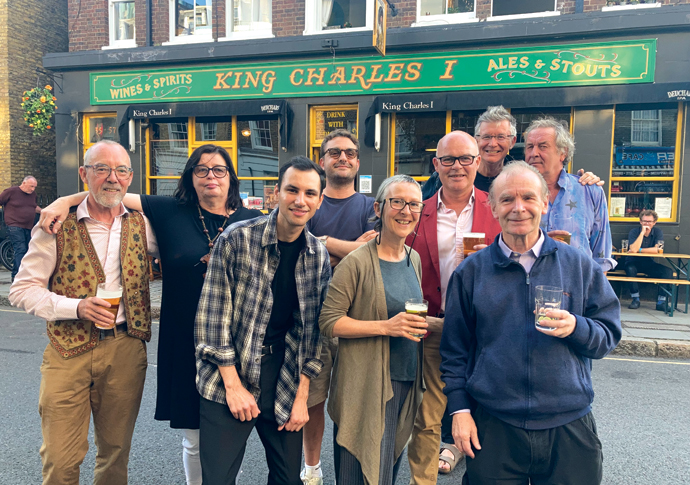 A COMMUNITY-run pub saved from the clutches of developers by a group of regulars has been granted special protection.

The King Charles I in Northdown Street, King’s Cross, has been recognised as an official Asset of Community Value (ACV).

Residents living nearby saved it six years ago when rumours spread it could be turned into “just another coffee shop”.

In 2015, they raised £70,000 between them to bid for the leasehold, and the group of 18 shareholders has been running it ever since, preserving it as a traditional pub.

Shareholder Paul Butler said: “It used to be the place people would come after work and by about 6pm it would be heaving.

“It’s a bit like a village local. It’s the antithesis of a corporate pub. Where else would you get these furnishings and this vibe?”

The pub regularly hosted gigs with musicians and performers before Covid-19 and is getting back into the swing of things since the rules relaxed.

Monday is folk night, Tuesday is quiz night, and there are regular classical music and jazz nights as well as reggae Sundays. 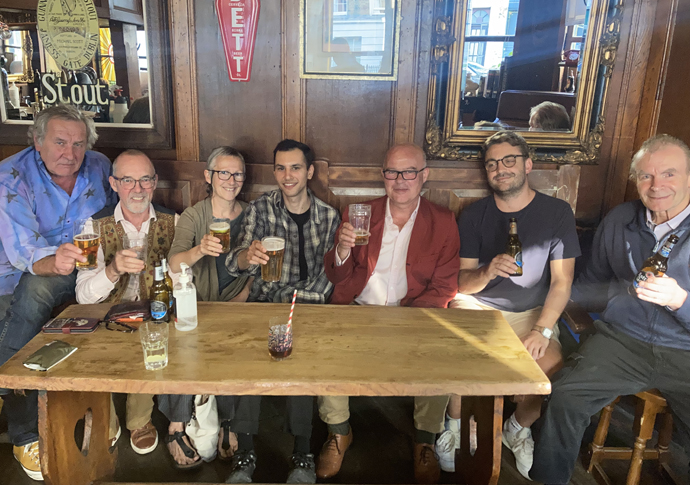 Mr Butler said: “When there is live music it draws people in and drags them in from the streets. It feels very welcoming. It brings life into the community.”

“It’s a place that is great for all the regulars, it’s safe and it’s welcoming. It’s preserved its difference and the uniqueness of it.”

The group has an array of talents, including design, architectural skills, building and accounting.

Andrew Hall, known as Hally, said he painted the ceiling with a warm yellow colour reminiscent of nicotine stains.

He said: “Everyone was filling in with what we could do. We worked together to keep it as it was and keep it as a damn good place to go.

“We have regulars from around here but we’ve also had regulars who come down from up and down the country from Liverpool and up north.”

Shareholder Peter Barber, who was awarded an OBE for his architectural work, said: “I just love having this so close to where I work and I can call it another home. This is like the London I used to remember when pubs were full of locals and great places to go.”

The council agreed the building is used for social interests in the community and granted the ACV, providing further protection in the planning system if it was ever sold to developers.

Shareholder Sue Smallwood, a graphic designer, who has lived in the area for 35 years, said: “It makes you feel proud of what you’ve done and achieved. It is a way of acknowledging the community. I never dreamt of it being for financial reasons at all. We did it to save the pub.”

Ayub Wade, who took over as landlord in June, said: “It’s the best place in London. We have got the best beers and a welcoming atmosphere.”

A group of regular drinkers from the Campaign for Real Ale (Camra) group were also in the boozer enjoying pints when the Tribune visited this week.

Bar staff member Mitzi Davidson said: “I used to live in Highbury for 20 years but it didn’t have the community spirit like around here.”

Mike Jackson, a regular at the pub, said: “It’s nice going somewhere and knowing you’re not paying the profits for some sort of big corporation. It’s LGBT friendly and always feels safe.”

Previous manager Ben Smith said: “The Charles was the first pub I’d frequented where you could not only have a random social interaction over a pint, but you were acknowledged by those people the next time you went in. It was a friendly place. The thought of it falling into a more commercially motivated pub operator’s hands was too much to bear.”

An ACV plaque is due to be unveiled outside the pub by the Mayor of Islington Cllr Troy Gallagher on September 25.