RIP cash: Julie Hamill recalls the thrill of a gift from granny and licking coins... 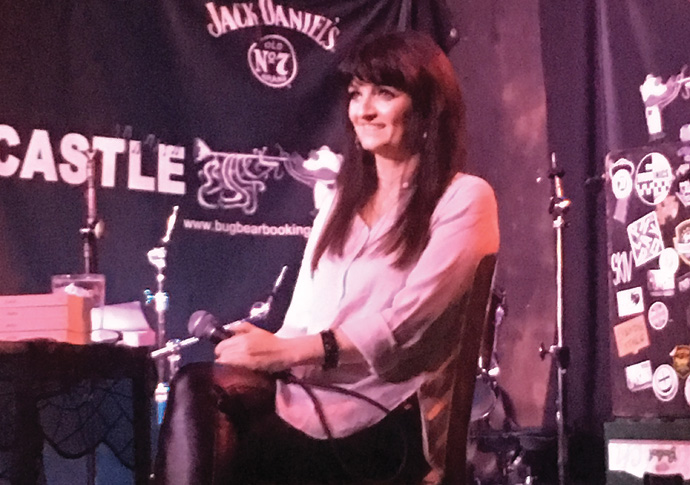 I’M approaching 50, next month. I don’t feel 50; I feel 15. Fifty seemed totally ancient when I was 15. In 1986-Scotland the age of 50 meant a salmon-cheeked baldy man that smelled of Tennants and the butchers.

I was thinking about birthday presents and cash and cheques we used to get and I realised that nobody does this any more. Hardly anybody gets to experience that heart flutter when you open the card and a 20 waves its way slowly down to your knees.

Writing out cheques in the 1980s was a big deal. It had to be done with a fancy pen, your best American signature, like you were JR Ewing. If you forgot to complete the stub, you could forget about ever knowing what you actually bought.

These days an occasional cheque might drift through the door if you’re lucky enough to still have your granny.

Eighties Grannies were great at folding up a pound or quickly shoving a sharp-edged 50p piece into your palm, squeezing your fist around it. A finger to their lips and a quick, extra-sore death crush grip sealed the deal if you told any member of your family.

Never grass your granny. They will literally kill you with kindness. Eighties grannies had some brutal strongman knuckles, probably from scrubbing paving stones in freezing weather.

You ever licked a coin? Yes, we did that. The taste on your tongue stayed there for ages, metallic, like the top charge of a battery. (Yes, we licked them as well). Coins are so riddled with germs, and yet people did insist in putting them into prams, right next to a newborn baby’s face.

But coins could be great fun, especially if you had a paper round like I did. Organised 1/2p, 1p, 2p, 5p, 10p, 50p all balanced into amounts of a pound made you feel like you were the boss, the banker, the chief! All counted, all neat and ready for the man; until the dog ran through it.

The downside of coins, (apart from magicians finding them from behind your ear) is that although she looked incredibly rich, an excess of coins made a mother’s purse very heavy, and gigantic plump purses the size of clutch bags were often seen under arms in the queue for the van.

Shopkeepers have been robbed of their duty to complexly count change. The joy of handing over a fiver for a £2.45 purchase meant you got your change in a backward list: “That’s your five pence makes it 50, another 50 to three, four, and then fives your change.” You will not have understood it because it was an art.

On the telly there was a posh credit card, Access, who was such a show off in the “flexible friend” adverts. He boasted that he could be used around the world. I always felt sorry for “Fat Wallet”, who was dead sweaty and Northern, like that was part of his problem. They should have added a new character to that campaign: “Big Purse”. One click from her and Access would have been lost forever in her coiny bottom, stuck to a child’s pre-sucked cola cube that had been shoved in there before mass.

There’s no more detective shows featuring suitcases filled with cash. In the 80s a two-thumbed click would slowly open to reveal (what is probably now a hundred quid) giant ironed notes tied with bands around the centre usually followed with the dialogue of a sweaty fore-headed male: “It’s all there, mate, nah need to count it.”

But the guy receiving the money would look down, lift one packet, fan it and notice it’s blank sheets of paper under the outer notes! “You try to rip me off, you mug?” [Rumbled, and usually shot.]
How are telly writers going to do ransoms now? “Can I get a bank transfer” just doesn’t have the same “deal goin’ down” mild peril than that of a chunky Samsonite.

Is it the end for the kitty glass in the pub? The end for the emergency biscuit-barrel roll? Will we ever find a fiver in the street again? Poor old cash is dying, and I’ll miss it when it’s gone.

• Julie Hamill is a Scottish London-based author and broadcaster. Her books, Frank and Jackie are based in Scotland in the 1980s and her radio show covers the music and themes of growing up during that period