Closing Lawrence files leaves the Met at a crossroads 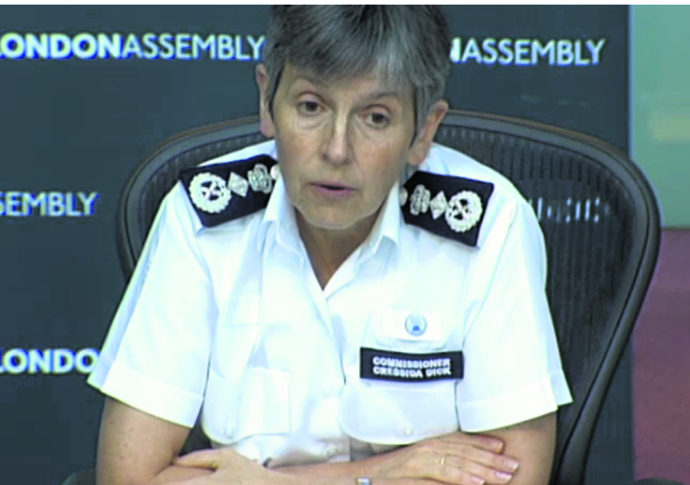 WHICHEVER way it is viewed, it remains questionable and in poor taste in our opinion, that at this very moment when concerns still hang over whether the Met Police force remains institutionally racist – as judged by the McPherson report in the mid-90s – that they should, in effect, close their files on the murder of Stephen Lawrence this week.

Certainly, reforms have been carried out in the Met over the past few years, but recently published statistics show unerringly that proportionately far more black youths suffer from the controversial stop-and-search operations than their white counterparts and, repeatedly – often highlighted by the “citizen” journalism on social media – black drivers are pulled over and searched by police.

This very week we saw the black Brent MP Dawn Butler pointlessly stopped with a friend, under the most questionable circumstances.

And though the police admitted a mistake in procedure led to it, the fact is it strengthened the view that little appears to have changed.

Apart from that incident, here in Camden we have seen the extraordinary arrest of a 12-year-old black boy found eventually to have been playing with a toy gun.

But what was reprehensible was that the boy – ordinary sized for his age – was made to lie on the floor of his home and have his hands cuffed behind him, just as if he was a suspected adult criminal.

Of course, the police were no doubt applying protocols of arrest, and all the boxes had been ticked, no doubt again, to the satisfaction of the unthinking police officers, but the hardly contentious fact remains that the “subject” was a child, a young boy.

His mother spoke in anger about the incident at a protest rally held in Tottenham on Saturday, following allegations of growing harassment against the black community there.

Thus, we are again at a crossroads. No matter what bland statements are made by the Met police chief, Cressida Dick, a sense of unease, tinged with fear, is growing among the BAME community as racial attacks are on the rise.

Surely, this is not the moment to close down the Stephen Lawrence case?

What signal, apart from anything else, does it send to society?

Neither Stephen’s father Neville, nor his mother Doreen, who sits in the Lords, intend to give up the fight – and nor should they.

They have borne the tragedy for 27 years, displaying an exemplary sense of humanity.

No doubt they may feel cheated. No doubt they will feel frustrated. But they have vowed not to give up as several of Stephen’s killers are still at large.

We trust Sir Keir Starmer will not only continue to pursue the case of the “handcuffed” schoolboy but also lend his support to Stephen’s parents in their fight for justice.