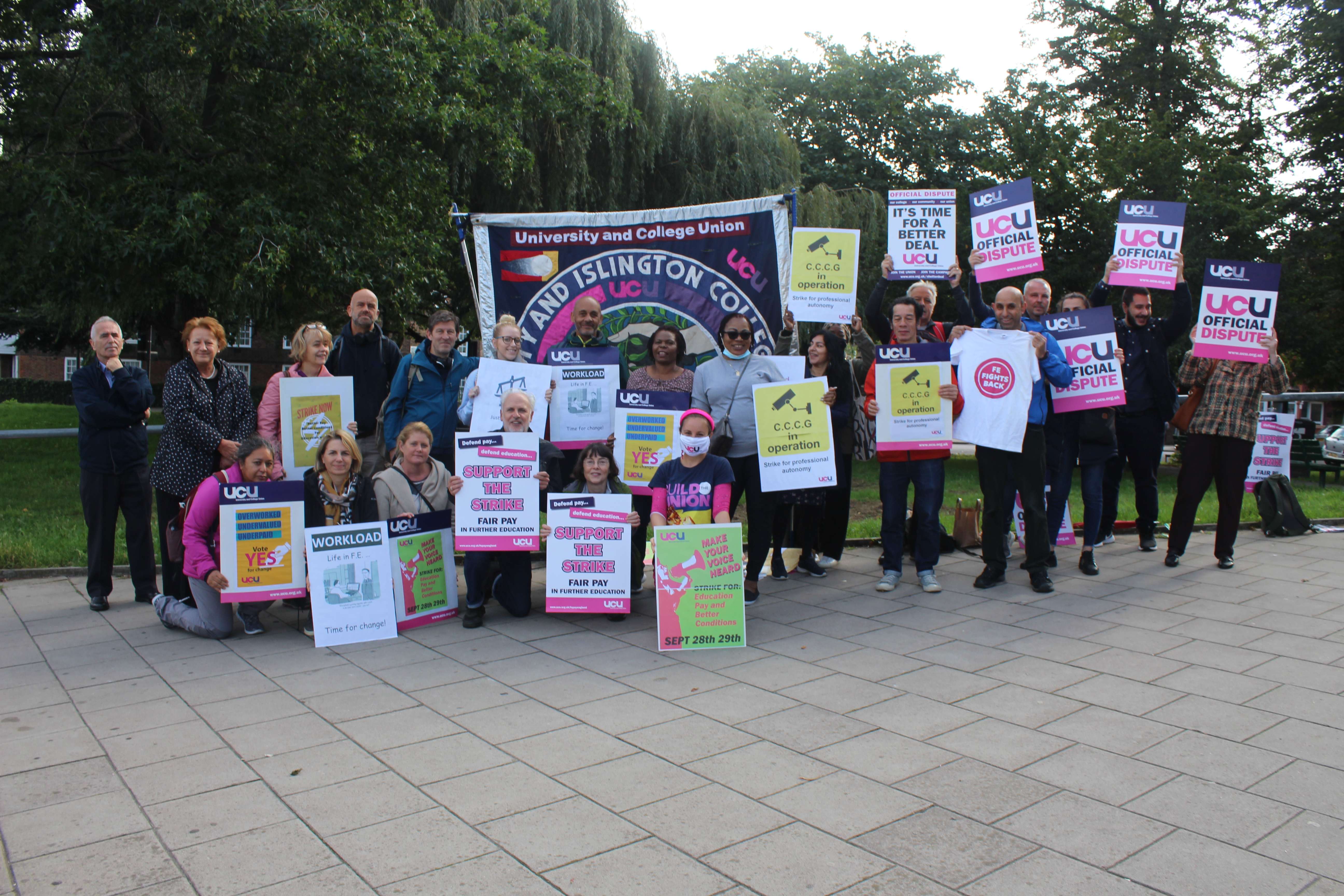 A LECTURER is among staff striking this week after saying she felt forced to come to work following being hospitalised with Covid-19.

The staff member at City and Islington College Islington (CANDI) in Camden Road, who did not want to be named due to the fear she might lose her job, said she came down with Covid-19 in March last year.

She said she was in a coma at one stage and is still feeling the effects of the virus today.

Speaking outside the college in Camden Road on Monday, she said: “I almost died. I was not given the opportunity to recover properly. They still expected me to do the same amount of work.”

She is among staff members this week who are striking over their pay, workload and an observation policy which they say is “punitive”.

Vicky Blake, University College Union president, said: “It is a no brainer that people are expected to do more work with the same eroded pay so not only is it a pay cut in terms of the money you are taking home, but you are doing more work.”

The Capital City College Group said: “We’re proud of our very low staff turnover. A recent staff survey showed that the majority of staff agreed that they would stay at CCCG even if they were offered a similar job on similar pay elsewhere. Those who disagreed may have done so for many reasons that may not be related to the strike.

“The last 18 months have been very challenging for all our staff and students, and we understand the pressures they have been under. During the pandemic we exceeded Government guidance on the use of face coverings in the classroom for staff and students until it became optional this month. We have also worked tirelessly to keep our buildings clean and provided staff with information on how to stay safe and also with mental health support.

“Consistent underfunding of further education in recent years has resulted in real terms pay cuts across all colleges, not just those of CCCG. We believe the only solution to the pay inequity to schools and univer­sities is through a united effort across the sector, and we will continue lobbying government through appropriate campaigning.”