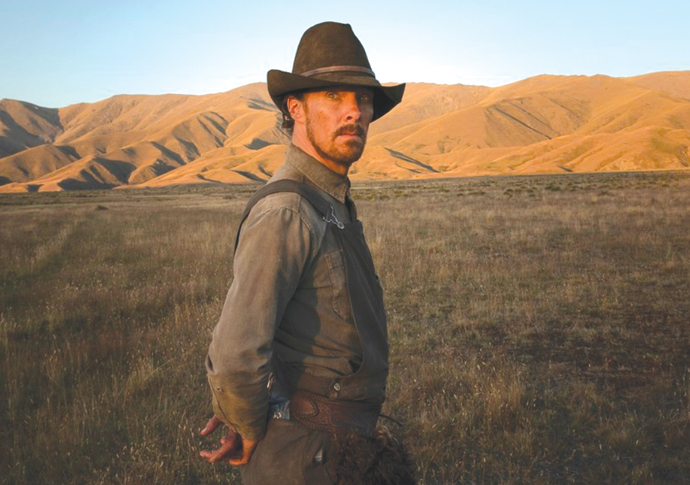 Benedict Cumberbatch as Phil in The Power of the Dog

THE POWER OF THE DOG
Directed by Jane Campion
Certificate: 12a
☆☆☆☆

JANE Campion’s simple approach to direction appears to hang on remembering that while an environment around us may change over time, there are characteristics and human reactions that are consistent through generations.

Recognising this simple fact makes her able to create period pieces that shrug off the misty prism of time: all too often directors think history drama has characters who speak in odd ways and move with an “olden days” affectation, creating surreal stories that suggest those who lived before us did not have the range of emotions we have today.

These contemporary film-makers give us a historical veneer, a cinema version of a mass-produced cheap metal carriage clock made by a firm trading on faux nostalgia.

Campion has proved before she can slash through pretensions: her drama, The Piano, and Bright Star, about Keats and his lover Fanny Brawne, felt as easy as stepping through an open door into the past.

The Power of the Dog is a multi-layered yarn with a fabulous sense of atmosphere: it smells of coffee, fires and saddles and sounds like winds in the wilderness.

George is the quiet brother, respectable, thoughtful and careful in his manners and behaviour.

Phil is the brash, no-nonsense, cowboy who carries with him a streak of anger, jealousy and downright unpleasantness that he pours on those he perceives to be weaker than him.

The brothers’ seemingly strong relationship begins to unravel after George marries Rose (Kirsten Dunst), who is a widow and the mother to Peter (Kodi Smit-McPhee). Peter is a skinny, oddly shaped streak of a lad, gentle in his actions and the instant butt of Phil’s jokes and ribbing.

There are secrets to be uncovered: Phil’s reverence to an old and long-dead ranch hand, Bronco Henry, is a form of deep love and reaches levels of spirituality. All is not as it would seems with this brutish cowboy.

Then there is Rose, with a trauma to bear that she turns to drink, while Peter, studious, gentle and gay, has a range of challenges placed before him that create the dominant narrative arc.

Campion has adapted a 1967 novel by Thomas Savage and the material is perfect for her style of storytelling.

A graduate of the Chelsea Art School, she was an accomplished painter before she turned to film, and often cites painters as inspirations.

Her artistic vision is celebrated to great effect here – the huge vistas (Campion’s native New Zealand stands in for the rugged hills of Montana) are as story-forming as the characters portrayed on screen, and some shots are simply beautiful celluloid landscapes.