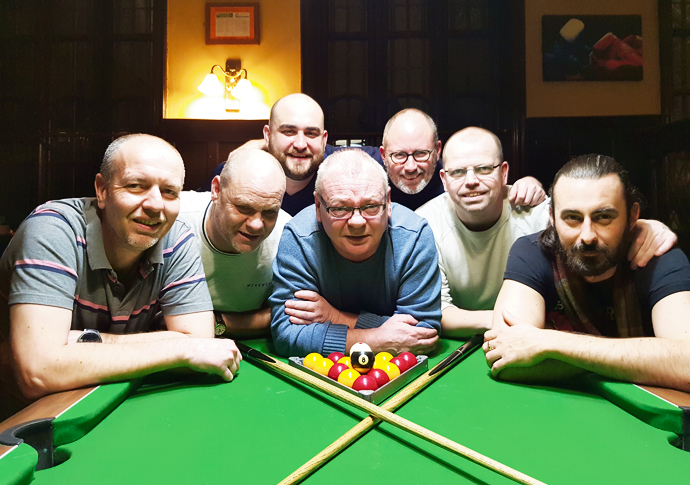 THAT feelgood glow that comes from sinking the decisive black to earn your team a much-needed victory transcends the pool table.

And on Monday night, The Crown took full advantage of a catalogue of unforced errors from the Northumberland Lions to pocket only their second win of the season in Division One of the Chalk Farm Pool League.

Led by skipper Simon Wild, the Holloway-based potters came from behind to win 6-3, sparking resounding clinks of cheer around their home venue in Islington.

Among the supporters watching on as the action unfolded was Crown landlord Colm Vallely. It is the first season that he has had the captivating cuemen playing out of his pub after the squad, who previously took to the table as the Boston Old Skool, left their previous home at the Boston Arms in Tufnell Park last summer.

“Having the lads down here on a Monday always creates a nice atmosphere and makes a real difference to what would otherwise be a very quiet night,” said Colm.

“The matches are always played in good spirits and it’s nice to see the lads chalk up a win to boot.”