Dear Boris, Something small can save the planet

Children keen to stop climate change tell politicians: ‘You can make decisions, you have­ power’ 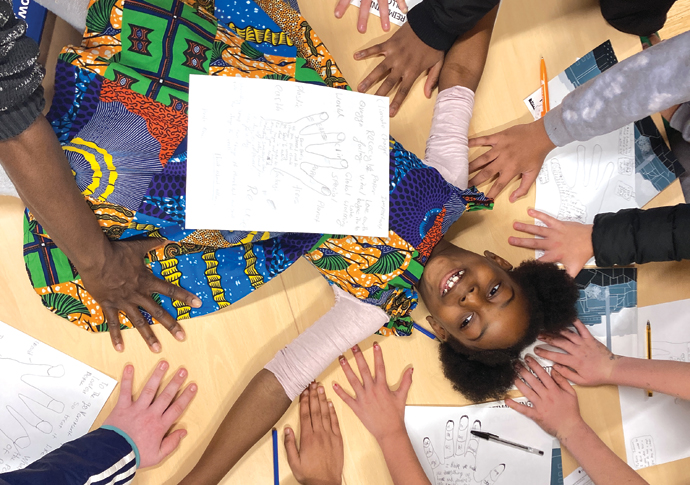 CHILDREN have urged politicians to listen to the next generation and stop climate change.

Young people at Elizabeth House Community Centre, Highbury, spoke to the Tribune this week about the current eco crisis.

They offered suggestions for action ahead of the Cop26 Climate Summit at an event organised by Labour councillor Valerie Bossman-Quarshie.

Ten-year-old Timmy said: “I think we should use everything we have and remake it into something else.”

He added: “We need to make politicians change things. They can actually make decisions because they’re more in power.”

He added: “When I visited the sea I saw people had dropped things like cans in it. In my primary school we did green things like reducing litter.”

The children at the centre, which runs an after-school group, had noticed the rise of urban foxes they believed had lost traditional countryside habitats.

Others had seen reports of animals losing their habitats on television.

“It’s all our fault, I saw on the news how the Amazon rainforest is getting cut down,” said one 11-year-old girl from Highbury Fields School. “Some animals live in trees, they use it for hiding. It’s also where we get our oxygen.”

Some were worried about the amount of single-use plastic they see in shops while others emphasised the importance of recycling.

“If there’s a newspaper and it goes into the bin it needs to go into the right bin because otherwise, animals will eat them,” said one Highbury Fields School pupil.

“People don’t know a ‘Bag for Life’ just means once one bag breaks, you can get another bag for free,” said Peter, age 10, from Ambler Primary School. “That’s not going to reduce waste.”

He added: “What I really want is for people to start caring. People say that they will make a change but they don’t. You see people throwing cigarettes into the road and other products. To them, it means nothing and think ‘it’s only one thing’, but every time you do it, it harms the earth.”

One Highgate Field School pupil, 11, had written a letter to the prime minister.

It said: “Dear Boris Johnson, I need to tell you that climate change is wrong.

“We need to reduce waste on this planet in order to live longer and be happy. Maybe you can do something small.

“Maybe shops can stop selling meat for two days or no power or cars for a day. Something small can change the planet.”

Ali, 12, added it’s important to “understand more about our habitat, the Earth, and understand our responsibility to assist our own.

“We need the world to get back on its feet because currently, to me, it’s ill.”