Densifying our borough is not very ‘people-friendly’ 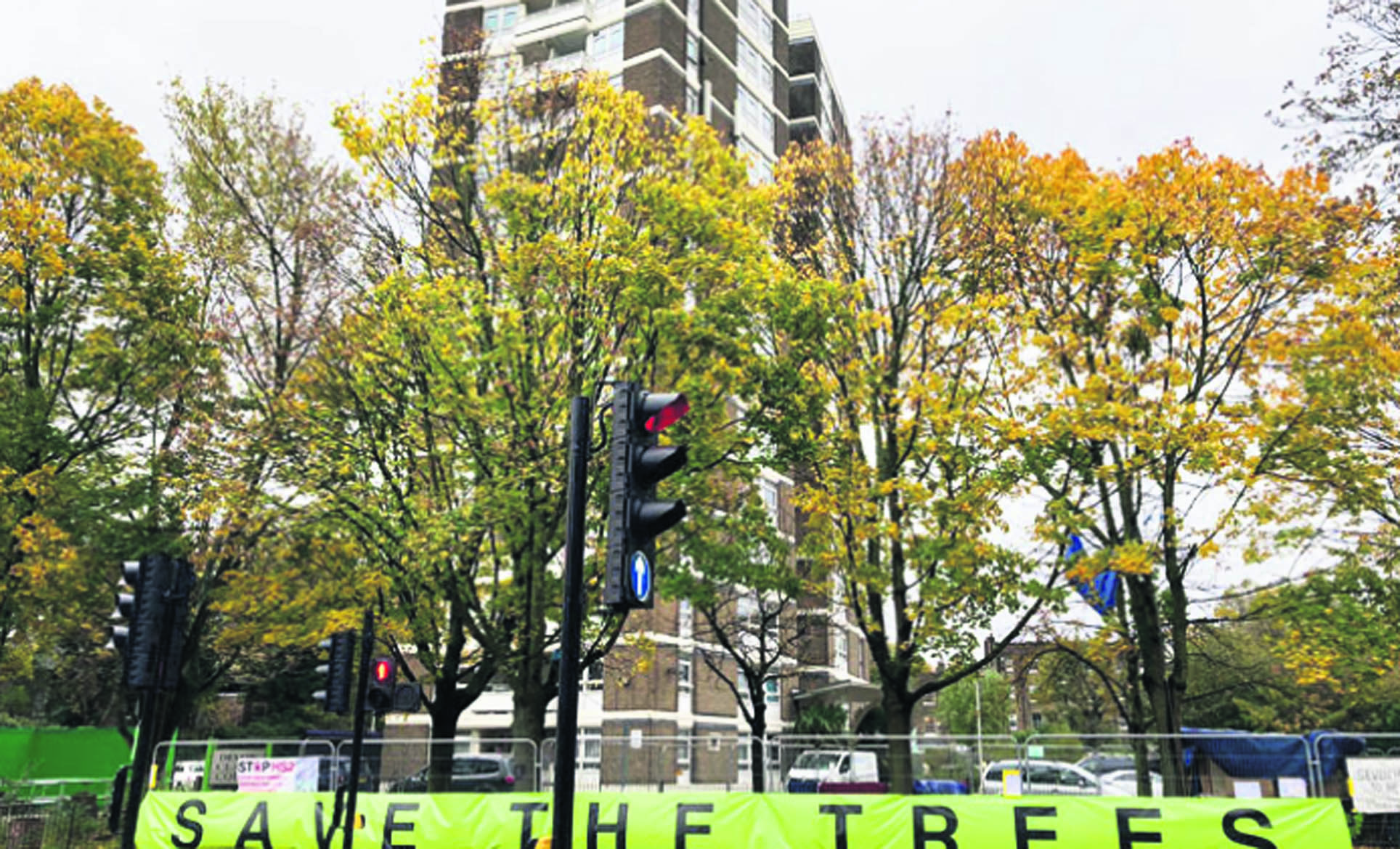 • A LENGTHY defence from Islington’s corporate director for environment over who said what when asked about the borough’s “people-friendly-streets”, aka low-traffic neighbourhoods, (We are committed to creating healthier streets for all, 23 July).

“Islington Council is committed to creating safer, greener, and healthier streets, as part of our ambition to achieve net zero carbon status by 2030,” he states unequivocally.

There is likewise no ambiguity about the August 2020 introduction to City Hall’s London’s Green Spaces Commission Report: “Public realm includes… green areas in housing estates… essential for [the city’s] biodiversity and in boosting resilience to climate change.”

Keith Townsend was a commissioner for that report. He must deeply regret, therefore, what may well prove to be one of the most egregious examples of the Mayor of London’s 2018 “infill” housing programme: the removal of Dixon Clark Court’s (DCC) “little forest” along Canonbury Road along with its beautiful communal garden.

Perhaps these genuine public-realm amenities (residents don’t have private green space) explain how and why the report’s pandemic introduction came to be written?

The mixed-copse of 52-year-old mature trees provided a green lung for children and their carers on their way to the next-door primary school, as well as for the area’s busy pedestrian footfall. The much-loved rear garden was a biodiversity, safe haven for the estate’s residents and their visitors.

Repeating the same environmental destruction elsewhere across London won’t be a good look in a post-pandemic world… Take a look at Southwark’s Peckham Green, under imminent threat.

Keith Townsend wasn’t in post at Islington at the time the 2018 DCC planning application was approved – for a block of leaseholder flats and 25 right-to-buy council homes.

Many of these proposals are being challenged by residents who complain, amongst other matters, of inadequate consultation, misleading information and “bribes” – for example: One Housing in next-door Camden: “Residents were told that if they vote against demolition in the ballot then their homes would only in future receive essential maintenance.”

In Lambeth and Brent, some councillors have criticised residents’ petitions to protect their homes’ green spaces, one elected member even refusing physically to accept signatures from the hand of a constituent while on walkabout on her estate. Democracy, eh?

Always the defence of estates’ densification is the same: lengthy waiting lists and the need for affordable housing, (40 homes but tree facing chop, 30 July).

Reducing the environmental amenity of some of the poorest and most vulnerable households won’t resolve those problems, nor is it equitable.

Waiting lists will continue to grow as long as London’s property prices remain obscenely high. Only land-value tax (LVT) will help permanently reduce those. Alas, the Labour Party doesn’t support LVT, anxious no doubt not to alienate its home-owning voters.

The recent flooding and continuing heavy rainfall isn’t due only to inadequate drainage but a result of climate heating. It is widely agreed that it will become a regular UK weather feature.

Densifying Islington and London can only make matters worse as increased demand for water puts ever greater pressure on resources. Cities will need more parks, not concreted-over estates’ green space.

We have been warned.