Don’t Look Up: critics missing the point of a critical issue 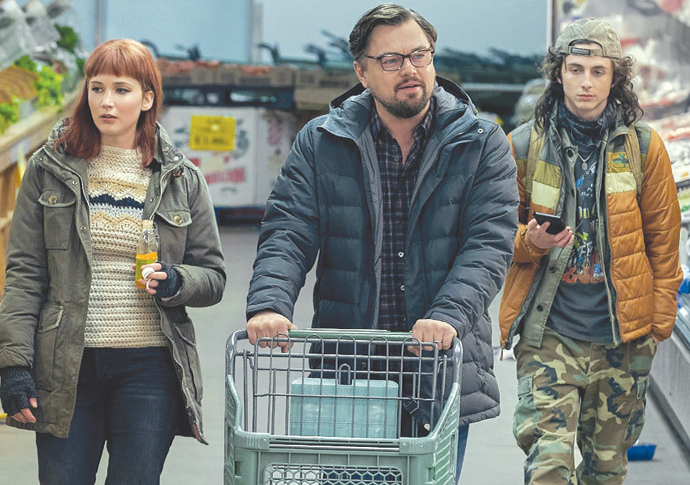 As with The Big Short and Vice, Don’t Look Up testifies to McKay’s masterful ability to render complex issues intelligible. Some of the jokes may be wince-inducing, but McKay’s treatment of the topic is urgent and compelling and notable for its refusal to take itself too seriously.

After discovering the comet, the pair (played by Leonardo DiCaprio and Jennifer Lawrence) embark on a tour of the USA, attempting to warn the President and the media that without immediate action, the world faces an extinction-level event.

They meet with a wall of indifference. The President opts to delay action until after the midterms; the news anchors prefer vacuous celebrity gossip to hard facts.

Decried as shrill, divisive and smug, Don’t Look Up has been almost unanimously panned by the critics. It is ironic that the film has been greeted with the same distaste as Lawrence’s character, an astronomer dubbed “the yelling lady” by news anchors disdainful of her urgency.

The critics may have snubbed it, but for many UK environ­mental­ists, the film isn’t as far-fetched as it might first appear: you only needed to watch Piers Morgan’s fevered encounters with climate activists on Good Morning Britain to feel the resonances.

The film also tackles the chimera of quick-fix science: instead of concrete action, the President opts for un-peer reviewed “Explore and Acquire” drones which she claims will save the planet and mine the giant rock for its riches.

Don’t Look Up is powerful because it forces us to imagine this crunch time, when delay is no longer an option and distant targets are no longer enough.

It is a stark reminder that there will come a point when we are reliant on the untested science that has long been promised, but may – or may not – deliver.

Climate change has been described as a “hyperobject”: something so big, so diffuse and so abstract it is difficult to think about in its entirety.

For all its flaws, Don’t Look Up succeeds because of its simplicity, allowing us to grapple with a reality that often feels too large and too distant to comprehend.