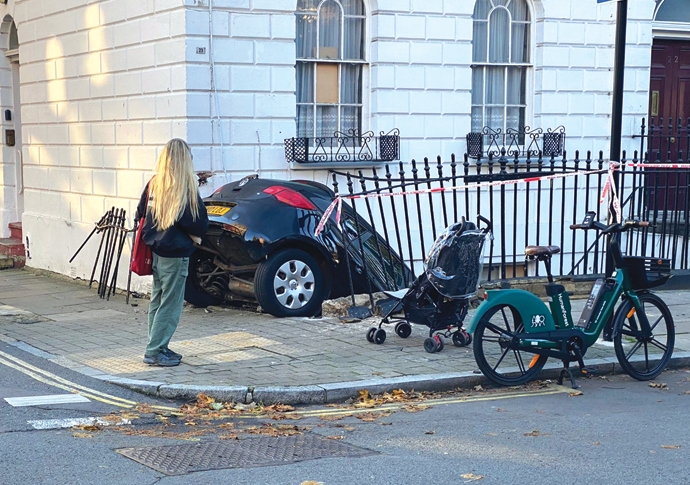 A CAR was left balancing precariously over a basement flat after a crash on Tuesday morning.

Residents on Colebrooke Row, near Angel, were woken at roughly 2.30 on Tuesday morning by the collision.

The driver, a 31-year-old-man, was extracted from the car before being taken to hospital with a leg injury.

He was later arrested for various driving offences. As soon as he was discharged from hospital, he was taken into police custody. An investigation into the incident is ongoing.