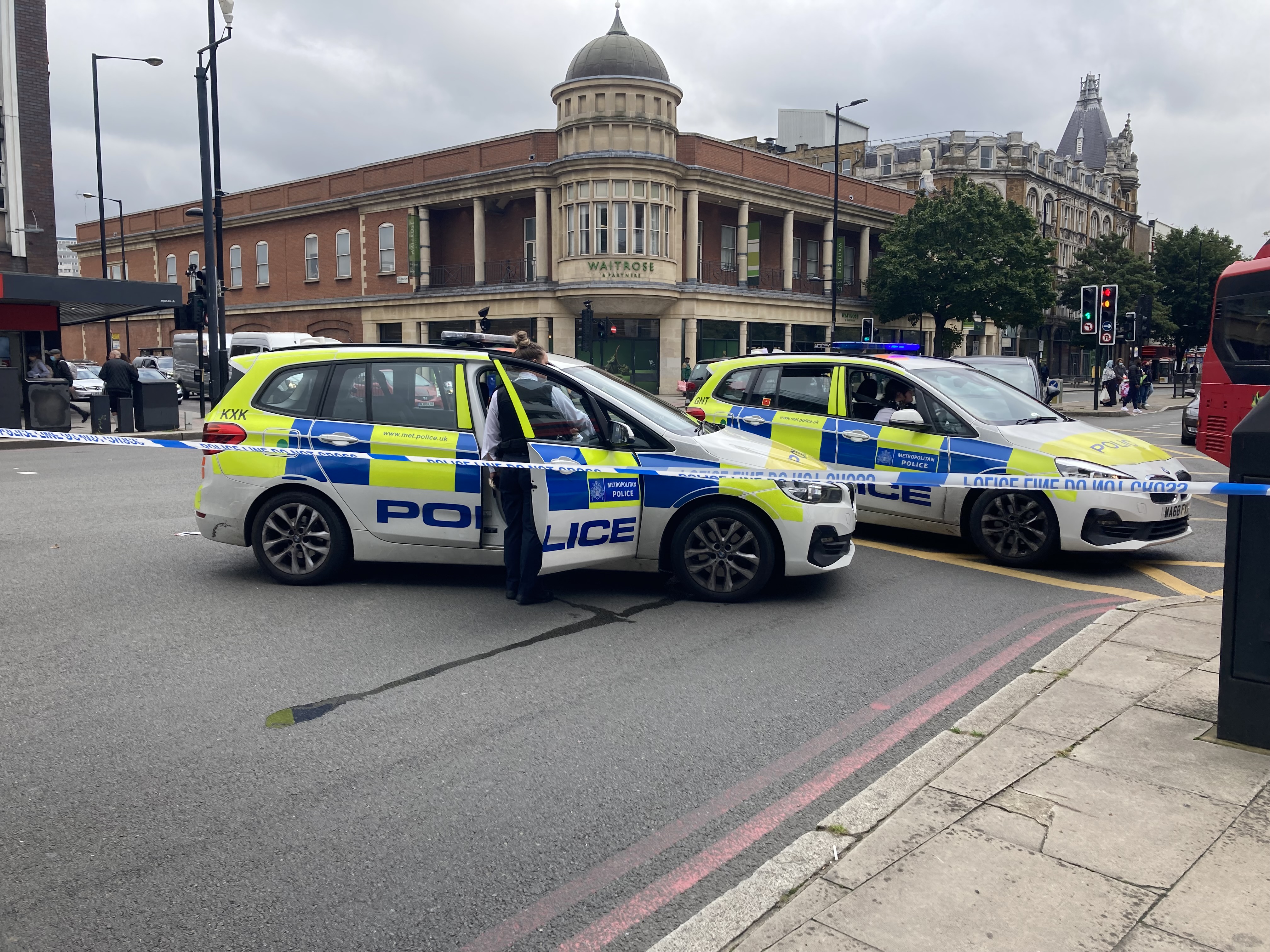 The cordon in Holloway Road today

Police are appealing for witnesses following a collision between a car and an e-scooter in Holloway Road.

Officers were called at 09:07hrs on Friday, 8 October to reports of a collision at the junction of Pankhurst Road.

At the scene the female rider of the e-scooter had suffered a head injury. She was taken by emergency services to hospital. Her injuries are not life threatening. The Met Police say the driver of the car stopped at the scene and there have been no arrests.

The police are asking anyone who witnessed the collision or has dashcam footage to call police on 101 or Tweet @MetCC quoting 1846/8OCT.