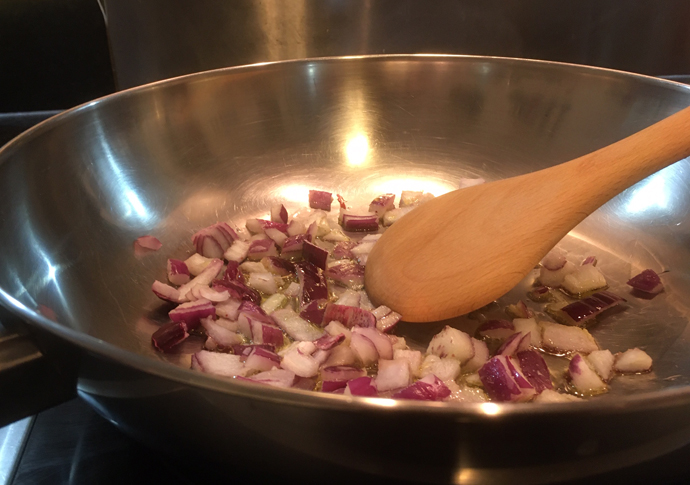 A NEW cookery school run by a refugee charity is waiting to see if it can secure a licence for live events and alcohol after neighbours told the Town Hall they fear they will be disturbed by noise.

Migrateful is due to learn at a council meeting next week if it has won permission for its operation at the Peel Institute’s 3 Corners Centre in Northampton Road, Clerkenwell.

The charity has run “pop-up” classes around London but has now secured a permanent site, and it hopes that more trainee chefs can be helped on the route to employment and “empowerment”.

In a message to neighbours, Migrateful acknowledged that some residents may have been alarmed by a “simplistic” alcohol licence application and that their idea was to sell glasses of wine with small group classes.

This, it said, would “allow us as an organisation to be much more financially sustainable. In turn, we can better support our refugee chefs”.

It has agreed not to run classes for more than 30 people at one time and will restrict larger events with 60 guests to twice a month. But councillors holding the final decision will also consider objections from people living close by.

“We know from experience that we can hear activity at the Peel Centre/3 Corners very loudly from all windows, balconies and gardens at the back of our row of houses,” said one objection.

“For example, when the football pitches are being used in the evenings, it often feels like people are shouting right under our windows. We therefore have no doubt that any noise would be heard from within our homes and be disruptive to our day-to-day lives.”

Another said: “I was really happy to hear that a new cookery school will be taking place locally, giving young and older people opportunities to learn new skills.

“I just do not understand why music and alcohol is necessary for this school to function.”

Another objector feared it would simply be used by “people wishing to have a good time and leave the premises without caring at all for the local residents, as late as possible and obviously not in a sober state”.

The meeting at the Town Hall starts at 6.30pm next Thursday.