Fans’ deluge of donations to save bookshop

Crowdfunding ‘lifeline’ for pioneering Finsbury Park business that opened in 1966 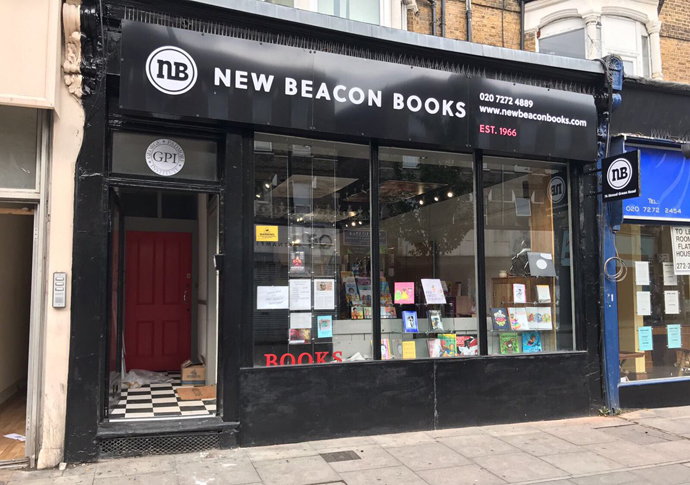 A CELEBRATED bookshop in Finsbury Park has once again been “given a lifeline” after a crowdfunder appeal smashed its target, raising almost £80,000 in a matter of days.

Based in Stroud Green Road, the bookshop has roots in the anti-colonial movement, while its pioneering publishing arm played a key role in the struggle for civil rights in Britain.

The combined effect of lockdowns and the rise of online shopping during the pandemic left the bookshop struggling to make ends meet.

And early last month, New Beacon Books announced it was set to close.

But this was met by a deluge of support on social media, and last week the bookshop launched an online fundraiser, hoping to raise £35,000, enough to cover rent and pay staff.

This target was reached within 48 hours – and then quickly surpassed.

It is not the first time New Beacon Books has found itself on the brink.

In 2017, the shop announced it would cease its retail operation after dwindling trade and online shopping habits.

The bookshop was saved then after a fundraising campaign amassed enough money to bankroll vital repairs to the premises.

This time, the money will initially be used to cover immediate costs.

In a statement, the shop’s director Michael La Rose has, however, acknowledged that “in order to meet its financial commitments, New Beacon Books must continue to do much more than just sell books”.

In this context, the extra cash will be used to boost the organisation’s publishing arm.

Mr La Rose said that while its publishing output “has been scaled down considerably… there are increasing calls for New Beacon Publications to commission and publish work by young creatives and provide a forum for the exchange of ideas.”

To achieve this, the bookshop may have to find a space “that will allow for the expansion of its publishing and public affairs programmes as well as for bookselling.

“We have been overwhelmed by the positive response to the online crowdfunding campaign.

“We would like to express again our heartfelt appreciation and gratitude for this support… We look forward to the future.”