Gay teen group was like a secret society, says author 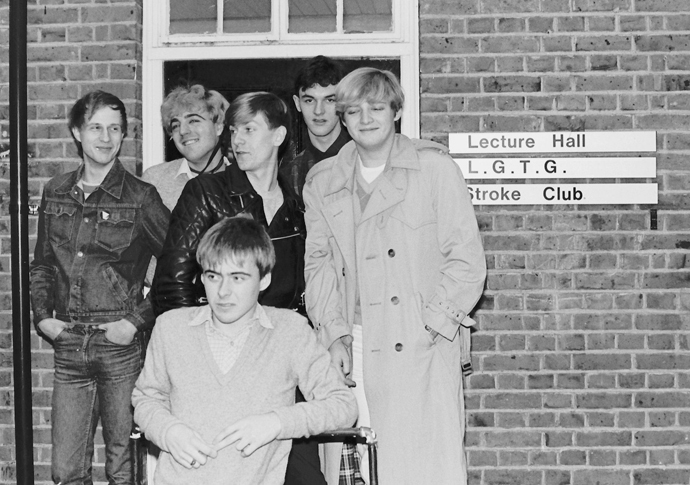 HOLLOWAY Road was home to a “very radical” teenage group during the 1970s and 1980s, a writer reveals in a new book about LGBT+ history.

Clifford Williams tells how he belonged to the London Gay Teenage Group (LGTG) at a time when hostility was rife.

“The first time I visited LGTG, I must have been 19, it was a big step to take at that time. A lot of young people who travelled up there walked up and down before knocking on the door. Some people never plucked up the courage to go in,” Dr Williams said.

The LGTG was the first official gay youth group in the UK – if not, Dr Williams says, the world – and used to meet at 296 Holloway Road.

He describes how it was set up and run by young people themselves in his book Courage To Be, achieving registration as an official youth club catering mainly for gay and lesbian young people, at a time when gay male sex was still totally illegal for anyone aged under 21.

Finding the group was a life-affirming experience for Dr Williams. “Finding the LGTG was a godsend. It was a like-minded community, like a secret society or a small private club,” Dr Williams said.

The movement was very diverse, Dr Williams said. “Gay people tended to be very mixed in terms of class, there were people from all sorts of different backgrounds.” 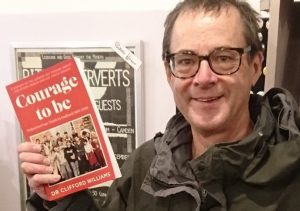 For Dr Williams, the decision to join the LGTG was not taken lightly. “At the time, society was hostile to being gay. It was a considerable risk to be openly gay: you could be fired, there was a lot of prejudice against gay men and women, lots of gay men were murdered,” Dr Williams said.

At the time, gay events were often hidden from view: “In a lot of venues, gay discos were hidden upstairs or down in the cellars. Only a small minority of people were bold about being gay.

“As a young person into punk I was quite open [about my sexuality], but not in every encounter. Sometimes I’d wear my badges in the centre of London but maybe not back home [in Surrey],” he added.

For Dr Williams, north London played a key role in the development of gay rights. “[Islington and Camden] were incredibly supportive: both boroughs created The North London Line, a provision for lesbian and gay people up to the age of 26.”

In the 1970s the movement was “very new and very groundbreaking,” Dr Williams has said. “I was very lucky to be young just before Aids came to the UK.”

He has fond memories of the borough: “Islington was certainly a fantastic place to be gay in the 1970s, and Camden too,” he said.

His book, which charts the rise of gay youth activism from the 1960s to 1990, is available from Housmans Bookshop in Caledonian Road.