‘Like an act of war': Gina Miller vows to fight on at pro-EU rally

A.C. Grayling tells audience: 'The country is being stolen by a cabal, it's like a coup' 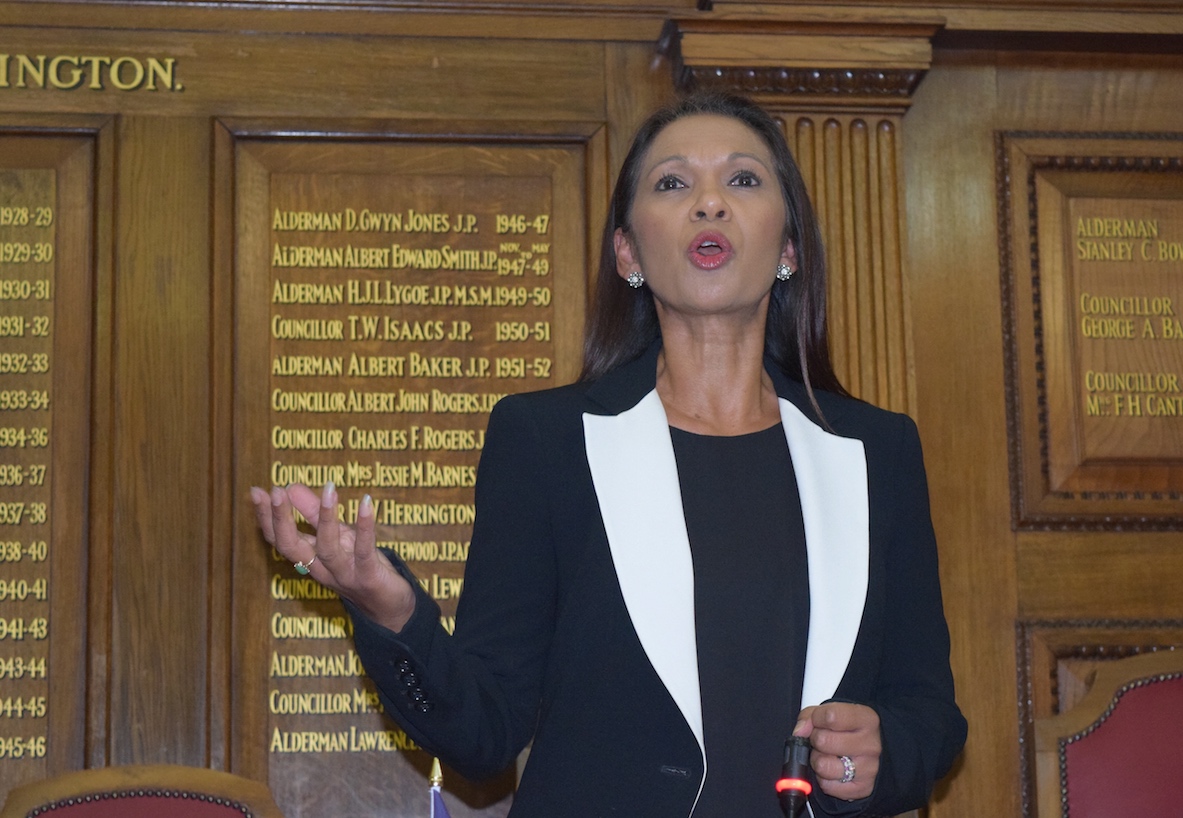 GINA Miller – the campaigner who took on the government in the courts over the way it plans to quit the European Union – told a packed rally in Islington last night (Monday) to keep up the fight.

Speaking shortly after MPs overturned amendments aimed at guaranteeing the rights of EU citizens in the UK and giving parliament a “meaningful vote” on the final Brexit deal, paving the way for Theresa May to trigger Article 50, Ms Miller described the vote as “almost like an act of war”.

Islington appeared to be leading the anti-Brexit charge on the Opposition leader’s doorstep as around one hundred pro-EU campaigners packed the town hall in Upper Street.

Packed: Around a hundred pro-EU campaigners from across London attended last night’s meeting

Ms Miller, who received torrents of abuse after she took the government to court over its initial refusal to allow Parliament a vote on Article 50, was given a standing ovation and a present from Islington In Europe, the campaign group behind the rally.

She said of last night’s vote in Parliament: “This is almost like an act of war. It will change the course of history and I’m greatly saddened by it.

“They [MPs who voted in favour] have forgotten about principles, al they care about is their own pockets and political positions. They should hang their heads in shame.”

Ms Miller threatened to take the government to court again if it failed to honour its promise to let MPs vote on its final Brexit deal.

“There’s a whole world to win,” she said. “There are so many things that are still happening that have not been answered to. We must not give up.”

In a swipe at the Labour leadership, whose Article 50 stance has been criticised in Remain quarters, she added: “We’ve got to remind the government that there will be others who will hold them to account.” 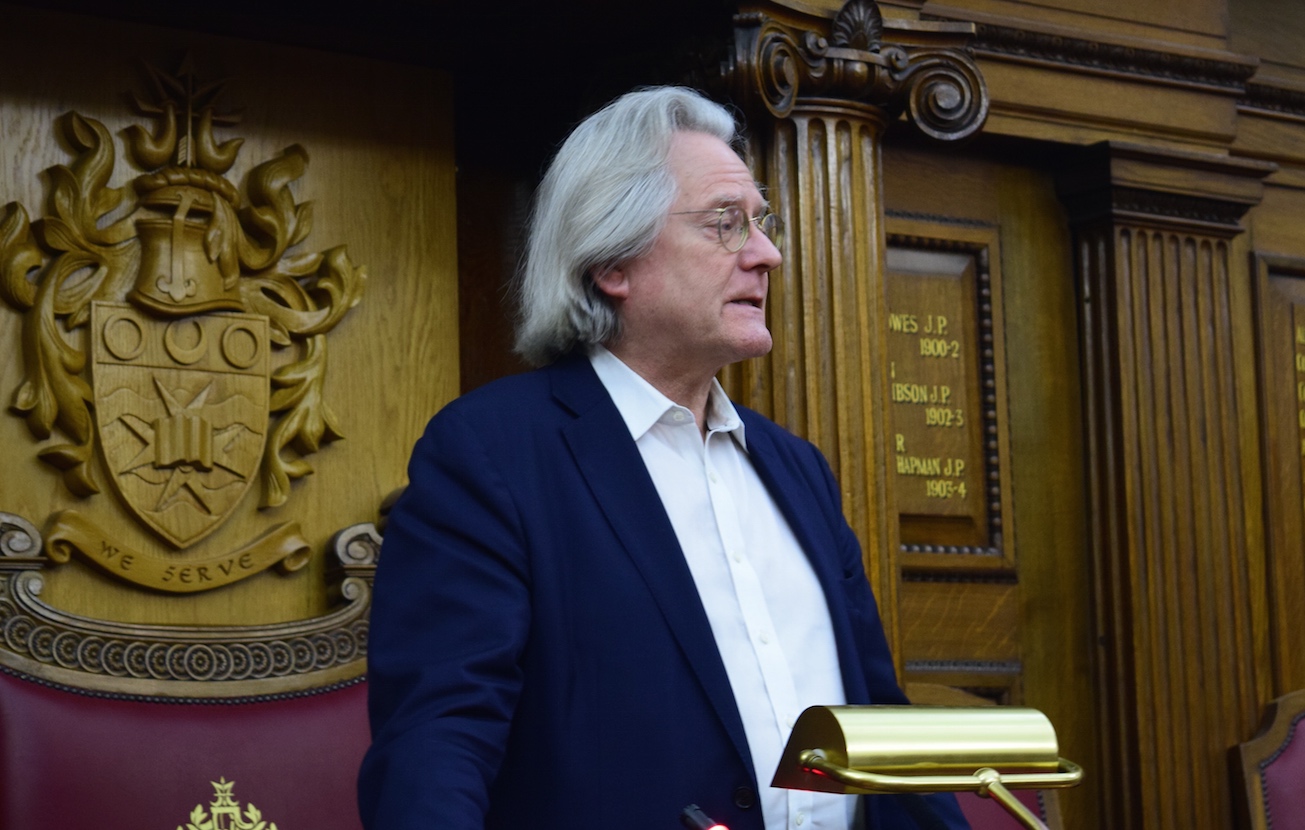 Her comments were echoed by Professor Anthony Grayling, vice president of the British Humanist Association and columnist for Prospect Magazine and leading anti-Brexit campaigner, who described the EU referendum as “politically illegitimate and constitutionally improper”.

He said the referendum lacked legitimacy because too many people, including 16 and 17 years olds, UK citizens living abroad and tax-paying EU citizens resident in the UK were not able to vote.

Prof Grayling said: “The country is being stolen by a cabal, it’s like a coup. It tremendously feels like it and it should keep us determined.”

He said it would take much longer than two years for Britain to entangle itself from the bloc, but added this provided the Remain camp with great possibilities.

“If that’s the case there is everything to play for,” he added. “There’s a general election in 2020, we’ve got to stay focused, stay the course and do the work. It is possible that Brexit can be defeated.”

He said it was important to convince Leavers but that this has to be done by finding an “emotional knob”.

“It’s not a set of reasons or ideas – it’s attitudes that we are dealing with, a feeling about sovereignty, and it’s extremely difficult to reason people out of a view that they have not reasoned into,” he said. “You need to find that emotional knob and get inside.” 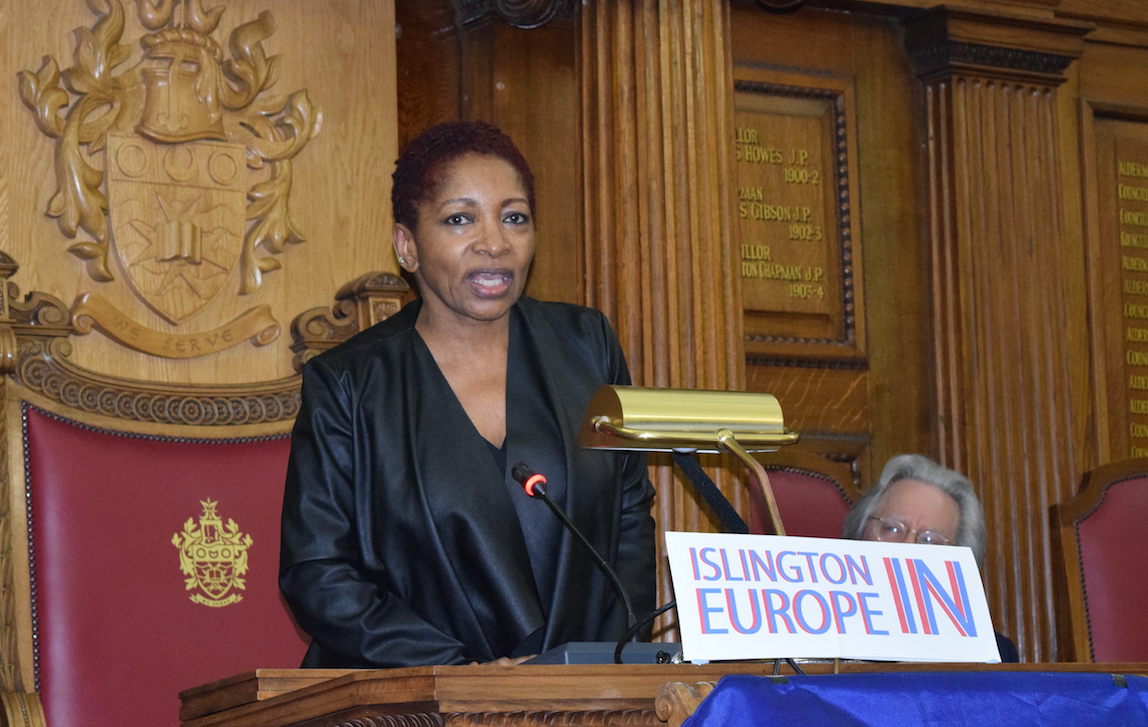 The dramatist, critic and broadcaster Bonnie Greer, also a high profile anti-Brexit campaigner, spoke of Europe’s shared “afrophobia” – racism against black people which she said had led many black Europeans from the continent seek a better future in the UK.

Britain was for many immigrants a “doorway to the world”, she said, but the Brexit vote had undermined that idea.

She told the meeting: “[Brexiteers] should ask themselves, why do racists, bigots and xenophobes find a cause in our cause? Why is our cause a point of convergence for these people? Why don’t we vigorously work to root out them out of our cause?”

The Chicago-born novelist added: “We immigrants refuse to abandon the high ideal of Europe, [and fight] to make this ideal real and attainable for everyone. We refuse to Brexit.”

Town Hall leader Richard Watts, who had made the council chamber available for the rally, said the Brexit vote had made him feel “less British”, and vowed to commit council resources to fight for Islington’s 17,000 EU citizens’ right to stay in Britain.

Islington In Europe grew out of the Britain Stronger in Europe campaign.

More than 75 per cent of voters in Islington backed Remain in last year’s referendum. The borough ranked as the seventh most enthusiastically pro-EU constituency in the country.