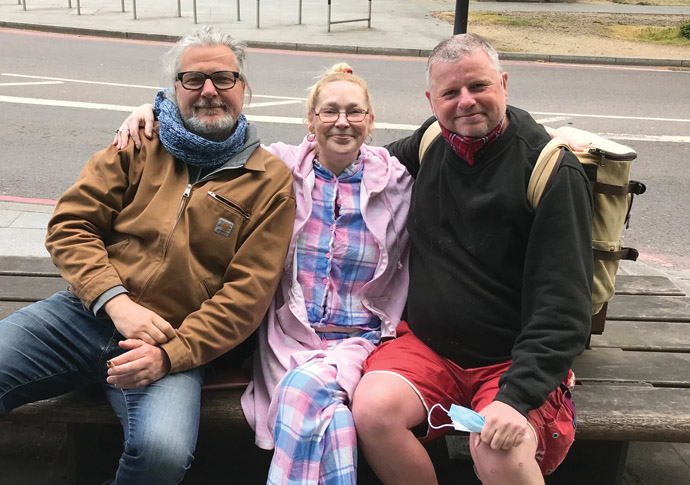 FRIENDS have paid tribute to a “sparkling” support group member who has died aged just 45.

Eleanor Rosamund Broadley, known as Rosie to her friends, passed away in May after a battle with cancer. She lived in Angel, off Camden Passage, and was a regular member of a mental and physical health support group, Healthy Minds, Healthy Bods (HMHB).

Lawrence Curtis, who set the project up in 2016, said: “She was part of things. She wouldn’t just sit on the sidelines.

“I think because we gave her a chance to, she was able to come out of her shell and so many people knew her.

“I said to our group she was 45, go out and do things, don’t say ‘oh, I will wait until next year’ but also realise you have an effect on people with the things you say and do.”

Rosie had issues with alcohol before she found the group and quickly became immersed in their activities.

Another friend, Georg Thesmann, said: “I only got to know her going to the group about three years ago.

“I was going through a rough patch and joined this group. Afterwards we would hang out outside Highbury to have a coffee. That was Rosie’s hang out as well.

“When I first met her she was very dazzling. She looked too glamorous for the exercise – with gold, reflective aviators. She was full of beans. She was very funny, bubbly, spritely.

“She was always laughing and giggling.”

Mr Curtis said: “Before she died she said to me ‘I’ve done nothing, I won’t be remembered.’

“I said ‘you’ve got so many friends now because of who you are – it is nothing to do with drink and drugs, it is because we like Rosie’.”

Rosie died at the Marie Curie Hospice in Hampstead.