Government lurching from one extreme to the other 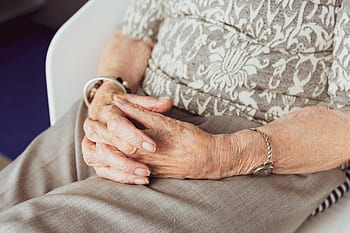 HOW foolish will the Housing Secretary’s “Get Britain Working Again” rhetoric seem in a few weeks’ time?

The announcement yesterday (Wednesday) of a major push to reboot the property market may make financial sense.

But at what human cost?

It may appear that the time is right. The numbers of people dying in hospital has dropped dramatically in the past two weeks.

At the peak, the Royal Free was reporting around 25-30 deaths every day. In the past week, there have been just 12 reported in all of Camden’s three hospitals.

But there is no certainty that this trajectory will maintain course.

It is likely that a second wave will hit.

After seven harrowing weeks of Project Fear, the public is now being led to believe that the virus has been subdued. Millions of people are being told to go back to work. Many will be armed with false optimism, rather than a true sense of safety.

The move to send children back to school is being taken not for the sake of their education, but to get their parents back working. The economy is key.

After so much misinformation, so many U-turns, the failures to test and supply PPE, what credibility can the government claim going forward?

Take the impact on care homes. Two months ago advice was that care home residents were very unlikely to catch the virus. This week, we report how every care home in Camden has had at least one Covid-19 death.

Cllr Cooper is right to challenge Camden about figures coming out of care homes.

But the question should also be directed at the myriad of private companies running them.

Camden care homes have been farmed out to private operators and run for profit for well over a decade.

As a result, what goes on inside them has routinely shielded from real public scrutiny.

The true impact of coronavirus in our care homes is emerging only now, weeks after it was too late.

The government is only now making serious noises about the issue. It is characteristic of its often confused handling of the crisis, lurching from one extreme to another.

As public are told to go back to work in the coming weeks, they should think first about what priorities are truly at the forefront of the government’s mind.

A recession is looming that will have devastating consequences. But coronavirus has proved that this country can dig deep when it has to.