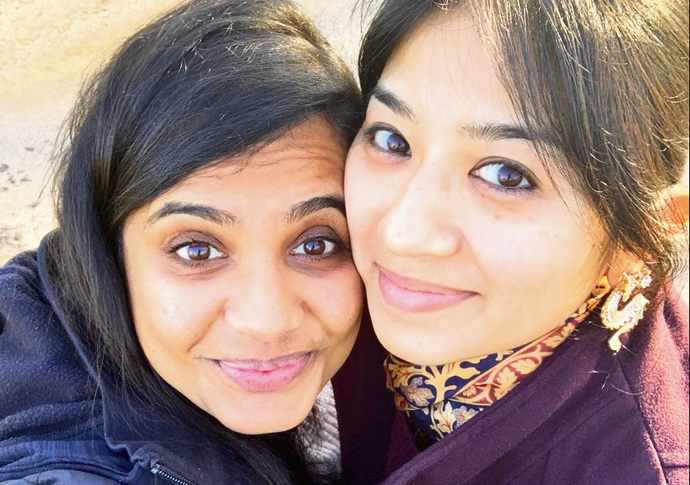 AN Islington councillor will abseil from the London Air Ambulance helipad in a bid to raise funds for the lifesaving charity.

Labour councillor Roulin Khondoker said she decided to try the challenge after wanting to make a difference following the past year of Covid-19.

She said: “I was volunteering on the frontline of the Covid response quite early on last year and I saw the difference the various emergency response teams make in saving lives and just how much support they need to operate well.

“With everyone experiencing such a tough year I wanted to do something on the unusual spectrum, give everyone a bit of a laugh, and make it worth the fundraising. Plus it’s something to push my comfort limits, too. Also, who doesn’t secretly dream that they are a character on an A&E show running out on the rooftop of a hospital to help save a life or get to fly in an ambulance helicopter?

“That will be me daydreaming when I’m on the rooftop.”

The London Air Ambulance is a charity which is primarily run on donations. The service is run in partnership with Barts Health NHS Trust. The team can perform treatments such as open-heart surgery, blood transfusions and general anaesthetic.

Cllr Khondoker is teaming up with her friend Arti Patel to abseil from the top of the Royal London hospital in Whitechapel together. And the pair have already met their target of £300.

Cllr Khondoker added: “I’d love to see us both raise far more than the target, so please, please give what you can.

“I’d like to encourage others to also get out and do something for their community. Every little helps, as they say, and we lift each other up when we all chip in. This really is a time for us all to pull together.”