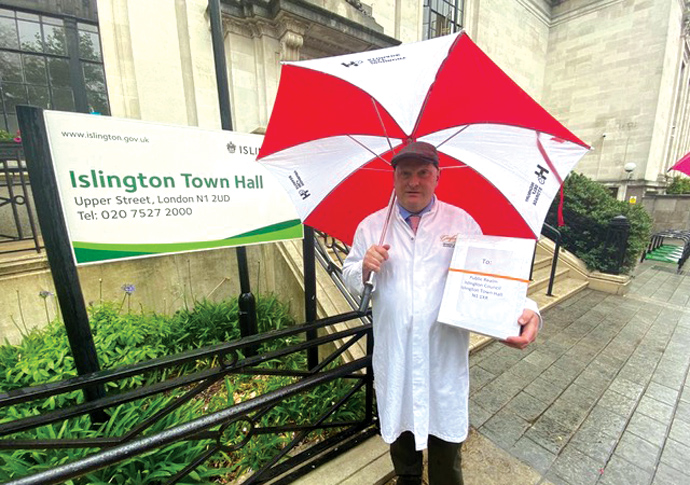 Chris Godfrey, who has a butcher’s shop in Highbury Barn, organised the petition which he delivered to the Town Hall last Friday

NEARLY 300 businesses in Highbury have swung behind a petition opposing council changes to the roads.

Chris Godfrey, owner of Godfrey’s Butchers in Highbury Barn, organised the petition and handed it to the Town Hall last Friday.

“Vans now avoid us like the plague,” he said. “Getting deliveries here is very, very difficult. There are certain roads that we won’t deliver to around here now. It’s affected the amount of time our vehicles are standing around pumping out emissions. It hasn’t solved the problem by doing this.” 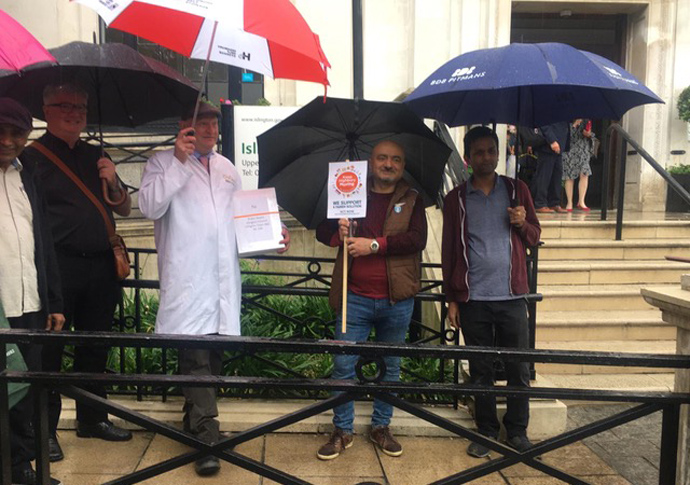 Islington brought in a series of changes to the roadmaps in a bid to reduce air pollution by making walking and cycling easier. As the use of public transport fell during the pandemic, there were concerns that people would turn to cars.

The council has asked business owners about using electric cargo bikes as an alternative for their deliveries.

Mr Godfrey said: “We might try a cargo bike but it is not the answer. It is not a job people want to do. If it is raining – no one will get local deliveries because no one is going out in the rain. Sometimes our van can do around 40 drops. You’re not going to be able to do 40 drops on a cargo bike.”

He said the butchers may have to stop providing stock to restaurants on routes that involved travelling in and around Highbury Corner.

“Logistically you still have to get things to people,” said Mr Godfrey. “Everything has to be delivered. We might have to give up the catering or restaurant side of the business because it has becoming near impossible to deliver.” 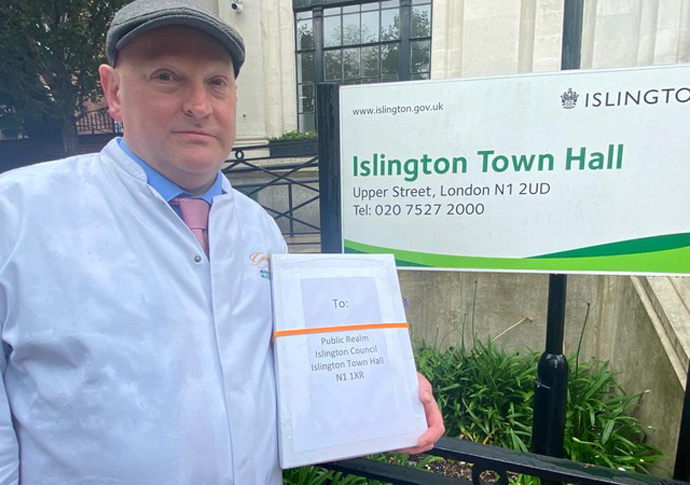 The issue sparked roadblock protests outside the Town Hall last summer, although opponents of Low Traffic Neighbourhoods who stood in council by-elections were unable to make a dent in Labour’s ballot success.

Green councillor for Highbury East Caroline Russell said: “I’m impressed by the collation of so many business responses and hope the council takes this chance to engage with the many businesses who have come forward.

“There are all sorts of measures the council could introduce to civilise the main roads, manage parking better and reduce congestion to make life easier for traders.

“It’s worrying that so many people missed the communication ahead of the trial scheme starting, and this should be high on the council’s list of lessons learned from the consultation process so the purpose of any future roll outs is well understood in advance.” 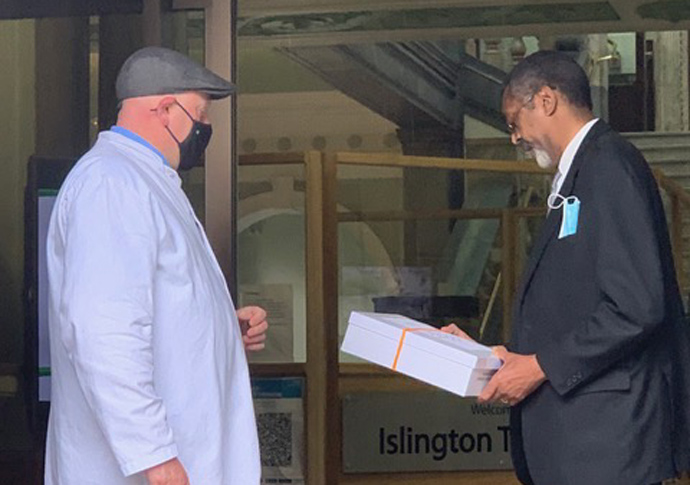 “Less traffic means easier and safer access for cycling and walking, and quicker journeys for those needing to travel by motor vehicle.

“Studies suggest that those who walk or cycle to shops spend more than those who drive – indicating the positive impact that the trials can have on businesses in Islington.

“The council is also working with businesses to enable them to utilise the schemes by using more sustainable methods of delivering.”