Diocese of Westminster reports primaries hit by decline in admissions 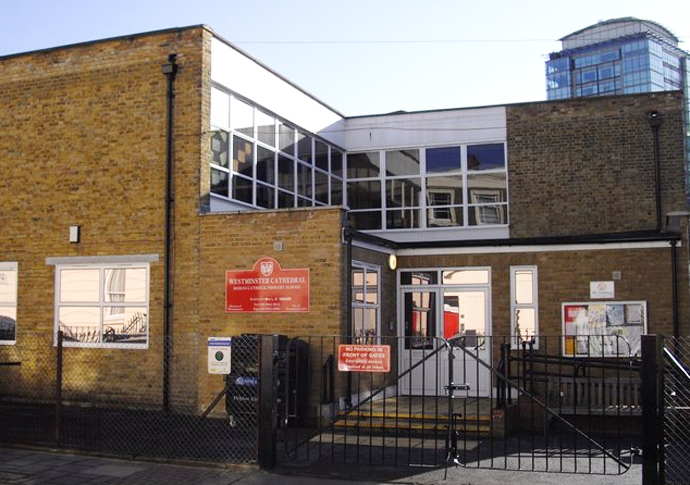 TWO historic primary schools have become “financially unsustainable” owing to a drop in admissions leading to plans to merge them together under one roof.

The decline in pupils is part of a trend across central and inner London where parents are being pushed out to the suburbs because of the cost-of-living and lack of affordable family-sized housing.

Schools are funded per pupil and the drop-off in admissions means the schools cannot survive unless they merge, according to the Diocese of Westminster.

One parent told Extra: “I am a mum of two kids attending Westminster Cathedral primary school, and also a parent of a disabled child. I really worry how closing the school and moving them to a different one will affect my children and their wellbeing. We love this school, my kids are happy and safe there. We don’t want to lose that. The school is like a second home for them.”

The diocese, which runs both schools, said Westminster had been hit by a significant drop in pupils “across all year groups” and including an eight per cent fall in reception applications for September 2021, compared with the previous year.

The letter to parents, from the St Vincent’s governing body, said: “This has significantly impacted reception class enrolment at both St Vincent De Paul and Westminster Cathedral Cath­olic Primary schools in recent years. A borough-wide review of primary school provision was initiated in response, with the result that a number of schools are considering reducing in size or joining together, so that the amount of provision matches the need coming through.”

It added: “Our two schools do not have sufficient numbers of children to fill two forms of entry from September 2022 and we have vacancies across all year groups.”

Schools across London are facing budget cuts and possible closure as the Covid-19 pandemic and Brexit has accelerated a drop in pupil numbers that were already under pressure from falling birth rates.

The combination of European Union migrants returning to their home countries and families moving out of the capital – made less attractive by coronavirus lockdowns – is undermining the funding model for schools, which is based on pupil headcount.

Without the funding the schools cannot “educate our children, pay salaries and manage the upkeep of our buildings”, the St Vincent’s school governors said in a letter to parents.

The Westminster Cath­edral school site will be retained for educational use for the meantime while the transfer takes place.

Nathaniel Scott Cree will remain headteacher at St Vincent’s that will have a single governing body. There are expected to be “staff losses”, the letter from the governing body said, although details of this are not yet fully known.

The Diocese of Westminster said its merger plan was supported by the city council.

Consultation events are taking place with the next one at St Vincent’s on November 4 from 6pm.