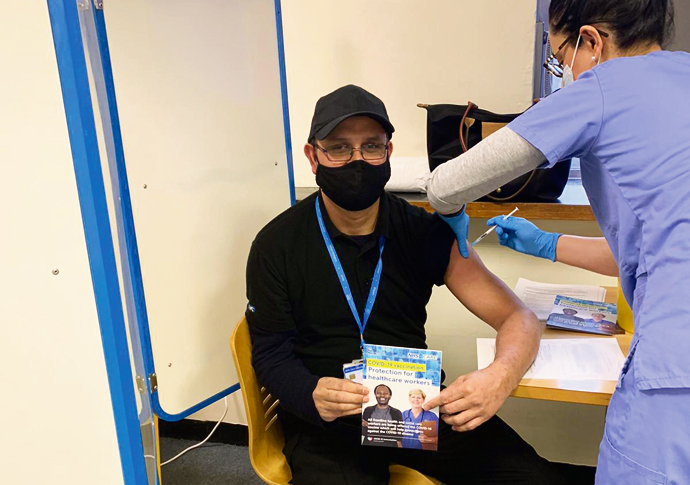 SENIOR local politicians and NHS workers received their first Covid-19 vaccines this week, calling on the public to step up and help in the national rollout.

He gave thanks to “NHS, council and volunteer” staff who are rolling out the vaccine in the borough – however the Everton FC strip he wore is bound to have raised some eyebrows among the thousands of Arsenal fans he represents. 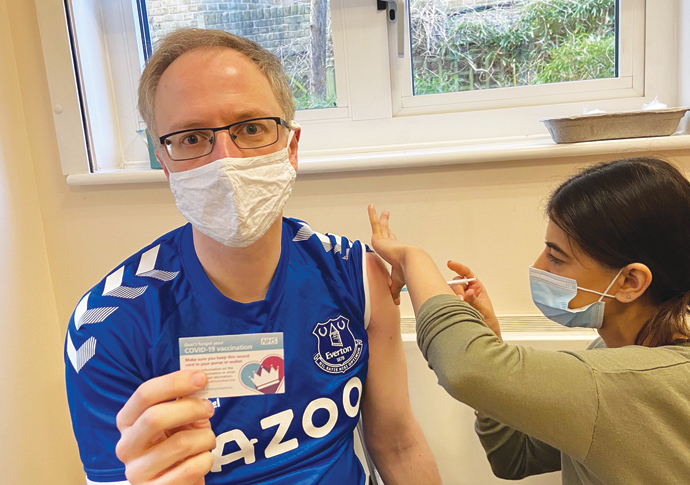 Oliur Rahman, of Caledonian Road, also received his jab this week as he works as a security guard at Charing Cross Hospital.

Mr Rahman, a borough “Health Champion” who helps provide information about Covid-19 to members of the black, Asian and minority ethnic (BAME) community, said: “Many questions still exist from BAME communities: is it actually good for us? Are there any animal products in it? Some say it is not acceptable. I attended an event arranged by more than 20 Islamic scholars and they explained why Muslim and BAME people should take the vaccine. There is nothing in the Islamic teachings which says we should not take the vaccine. There is nothing Haram in the vaccine.”