How people friendly is people-friendly street?

Survey ahead of decision on whether to make new roadmap permanent 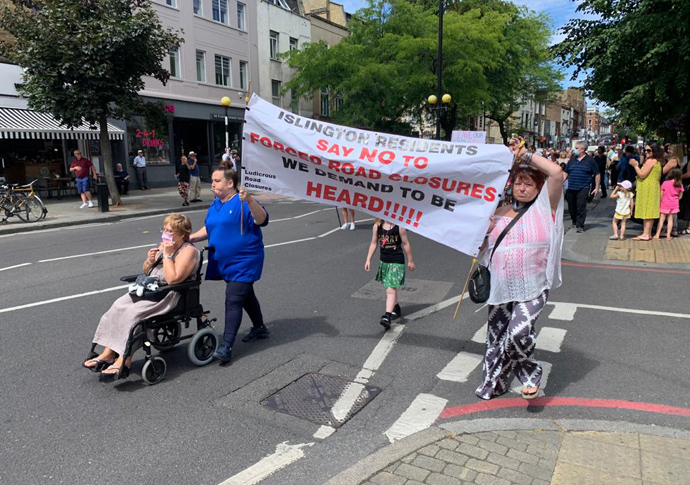 THE Town Hall is asking for the public to send them their views on whether one of its “people-friendly streets” schemes has been a success.

Islington says that an 18-month trial of traffic measures in St Peter’s – a neighbourhood near the Angel – has led to more cycling and fewer speeding cars. The schemes are part of a drive to cut car use and rat-running during the recovery from the pandemic.

It has been a thorny issue, however, with critics – some of whom staged sit-in protests outside the Town Hall – warning that traffic has simply been moved to gridlocked and fume-filled main roads.

Council figures for the St Peter’s scheme showed traffic on residential streets had fallen by 56 per cent. Now, a decision must be made on whether to make the new roadmap permanent with a public consultation survey open.

Environment chief Labour councillor Rowena Champion said: “We are excited to reveal the positive monitoring data from the St Peter’s trial, which shows how the scheme has improved life for local people. By reducing traffic within the neighbourhood, the trial has helped create streets that are better suited to walking, cycling and using buggies and wheelchairs. “

She added: “People-friendly streets are designed to create a better borough for everyone, and our ears are open to feedback from local people on the impact of the schemes.

“That is why, from today, we’re encouraging people across the St Peter’s neighbourhood to let us know how the scheme has affected them so far by taking part in our online survey.”

Residents have until October 11 to share their views. Go to https://www.islington.gov.uk/consultations/2021/st-peters-people-friendly-streets-trial