Hunter Davies: ‘The Heath is not a museum’ 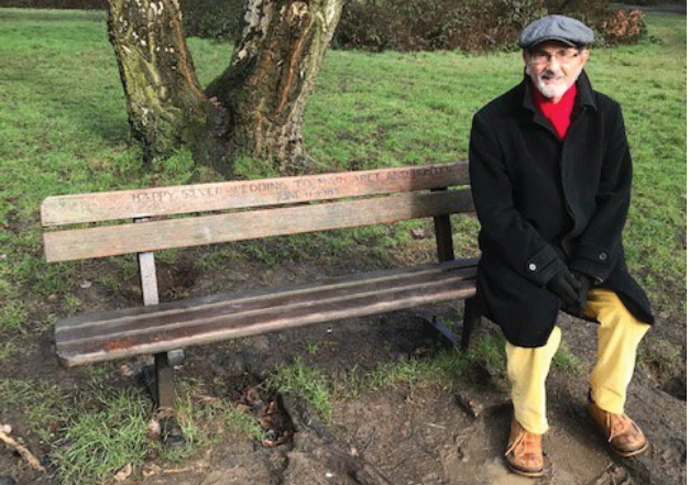 EVERY day while researching and writing The Heath: My Life on Hampstead Heath, Hunter Davies would come home through a door that links the passage between his garden and Dartmouth Park, walk towards his house and see his wife

Margaret Forster reading away in their dining room. She used to read a book a day, he tells Review, and recalls seeing her orange coat walking back over the Heath, meeting him halfway as he completed his shorter daily walk.

What Hunter was seeing as he returned home from researching his book, part-written during the first year of the Covid pandemic, was a memory. Margaret died from cancer in February 2016. The Heath is a love letter; both to the Heath, and inevitably after 56 years living together on both sides of it, to his late wife. Their bench at “Kenwood Gate”, near silver birch trees to mark their silver wedding anniversary in 1985, makes him the only living person to have one on the Heath.

“It was a walk down a memory lane, my marriage lane,” he said. “Thinking of walking to the Pergola, Golders Green, Kenwood together, pushing the kids in their pushchair.

“Margaret was a better walker than me, she was much fitter than me. In the afternoon I have always had a sleep, Margaret would go for a massive walk all the way to Kenwood or Golders or wherever. I would have a short walk up to Parli and around. I would see her in the distance, coming back along the Ponds from Kenwood. For several years after she died, I could still see her orange coat walking back on the Heath.

“For the first year, when I came back through my garden from the Heath, I never used the front door, I could see her reading in the afternoon. That doesn’t happen any more now, but during the book I could see her. She loved the Heath, we all did.”

The book covers almost every notable feature on the Heath, from Golders Hill Park, the extension, and the Lido. The author gets to return to the Vale of Health house he and Margaret first lived in, talks about his first visit in 1960 and covers the parakeets that like wartime squadrons of Spitfires, flash across its skies every day.

The Heath is a family affair, his writer daughter Caitlin has written books on the Ladies’ Pond. 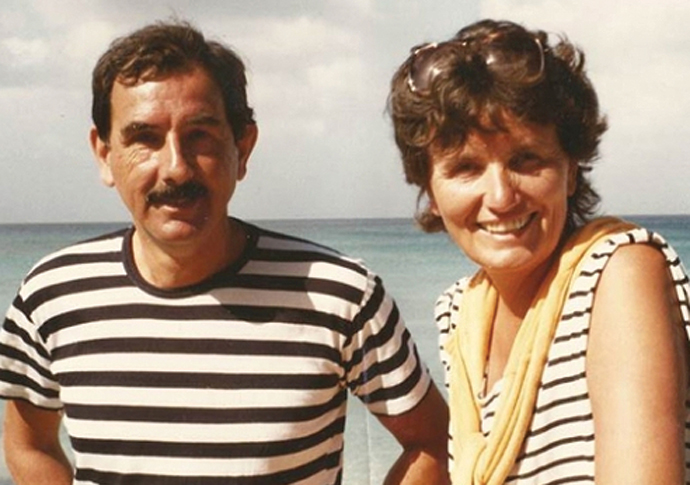 Just like taking a walk on the Heath, most of the book is familiar before pointing out something you had not noticed before.

Millions will have seen football being played on the Heath, but few will know it was home to a Cold War kickabout against staff from the Soviet trade delegation office in Highgate West Hill. “I can’t remember the score, perhaps it was a honourable draw,” he says.

It means that unsurprisingly after writing more than 100 books, Hunter’s portrait of the Heath zips by, as a warm reminder of the familiar, but introducing you to new territory.

“I thought it would be an easy book,” he jokes, sitting in his Boscastle Road home. “I live three minutes from Hampstead Heath. When I’ve been in London for 60 years, I’ve been on the Heath twice a day and my memories and my life revolve around it. It’s my memories of my football team, memories of swimming, of Kenwood. It’s a combination of memories, interviewing, love for the Heath and the value of it today.”

Hampstead Heath was established by an Act of Parliament in 1871, after a great campaign to preserve it. Other parts were later added, including the extension and Golders Hill Park, to form the sprawl from Gospel Oak to Golders Green that makes up the Heath today.

Hunter donated the £10,000 advance from the book to the Heath and Hampstead Society to acknowledge their work, with a cheque being handed over at the book’s launch at Keats House in November. Its popularity has since seen it reprinted.

In a book that creeps on almost month-by-month from autumn 2019, Keats House is the setting for one of the final chapters before the pandemic begins. It allows Hunter to document how it changed, when millions flocked there during lockdowns.

It heralded a host of restrictions, Hunter collecting some of the signs that had fallen off.

“I thought it would ruin the book. ‘By the time it comes out, everything will have changed and it will date it.’ In my mind the book was going to be roughly dateless, I wasn’t going to name the year, because you think the Heath will always be there and always be the same.

“Then I thought I’d observe not only the changes on the Heath, but all the restrictions. It also made it more valuable. It was empty initially, because you were only supposed to come if you were local, but towards the end, millions of people came. People in north London would have been stuck without it. It got ruined a bit towards the end, they’re still mending the verges, but it’s not a museum.”

In the book, he muses about selling the family home and moving to Hampstead, but has since decided against. He says that despite living in London for most of his life, he still sees himself partly as a northerner. “It’s both, people still ask me where I’m from up north but I’m totally metropolitan in all my tastes and what I do. But I’m staying here now, this is home.”

• The Heath: My Life on Hampstead Heath. By Hunter Davies. Head of Zeus, £25