Is Islington a ‘one party state’ as Labour dominate (again)?

In all five local by-elections Labour were comfortable winners 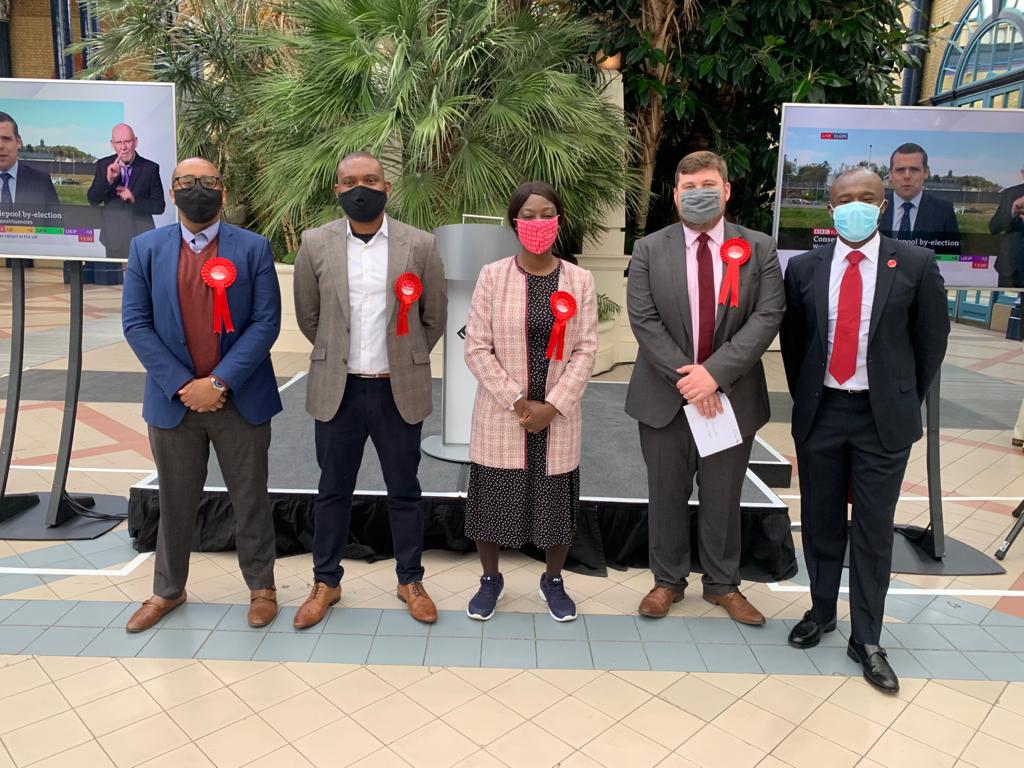 The five new Labour councillors at Alexandra Palace on Friday

THE Labour Party dominated local elections again this week as opposition candidates lamented the “tsunami” of red voters and activists in Islington, raising the prospect of a complete wipeout next year when all council seats will be up for grabs.

Several senior Labour sources had admitted feeling “unsure” and “nervous” about how five by-election votes held last week would turn out amid contrasting opinions about new traffic schemes introduced over the past year.

Yet, as the ballot papers piled up at the count in Alexandra Palace on Friday it became clear that there was little threat to the party’s lead in the council chamber.

In all five areas Labour were comfortable winners. Sem Moema meanwhile won for Labour in the North East constituency in the London Assembly which covers Islington.

Former Liberal Democrat council leader Terry Stacy, who lost the Highbury West by-election on Thursday, warned of the dangers of a “one-party state” and that the make-up of the council made it easy for decisions to be taken in “secretive” party meetings behind closed doors.

He added: “The North Korea of North London, as I have referred to Labour many a time, is still there sadly and it is not good for democracy and accountability in that sense. Labour can’t be allowed to run a one-party state.”

When that line was used after the 2014 local elections – Labour won all but one seat – a jokey Tribune front page ended up on council leader Richard Watts’s office wall as a souvenir.

The Town Hall’s housing chief Labour councillor Diarmaid Ward said: “I have never accepted the one-party state thing. We have got an opposition. It’s a very strong and powerful opposition and it’s called the Tory government.

“It’s an opposition that stops us building council homes, makes us sell off council homes and is trying to decimate our high streets.”

In the St Peter’s ward by-election the indepen­dent candidate Jody Graber, who was standing in opposition to road closures, received 318 votes and finished last.

He said afterwards: “If more independents come forward we’ll run them. In the words of Churchill, this is not the end, it’s the end of the beginning.”

Ahead of next year’s boroughwide elections, the Labour group is understood to be more concerned by advances by the Green Party.

They increased their representation in the London Assembly on Thursday to three members and were the closest challengers to Labour in four of the five Islington by-elections.

The Highbury West candidate Katie Dawson said: “We are up against Labour which is like David and Goliath in this area. They are like a tsunami of politics that you have to swim through, but we’ve come second and had good results in Mildmay and Holloway and that gives us a strong base for next year.”

Caroline Russell, the only current Green councillor, retained her seat in the London Assembly through the list system.

She said that while her party was on the rise, it was “hard to break through under the first past the post electoral system”, adding: “In 2018, Labour tried very very hard to get rid of our seat.

“It’s a point of pride that we kept hold of it and we are very hopeful having had the experience of this election.”

Next year, Highbury East and Highbury West wards will be scrapped as part of the boundary review.

Instead, a Highbury ward and Arsenal ward will be created covering most of the same area.

Islington Conservative party chairwoman Katherine Mulhern said: “The Conservatives have made gains in all five by-elections, which is very encouraging for next year’s full council election. Labour has had a significant decrease in its share of votes from 2018, which is a clear indication that some communities in the borough are not happy with how the Labour council is performing.”