‘He was a one-off – he was amusing, witty and knew about what was going on in the world’ 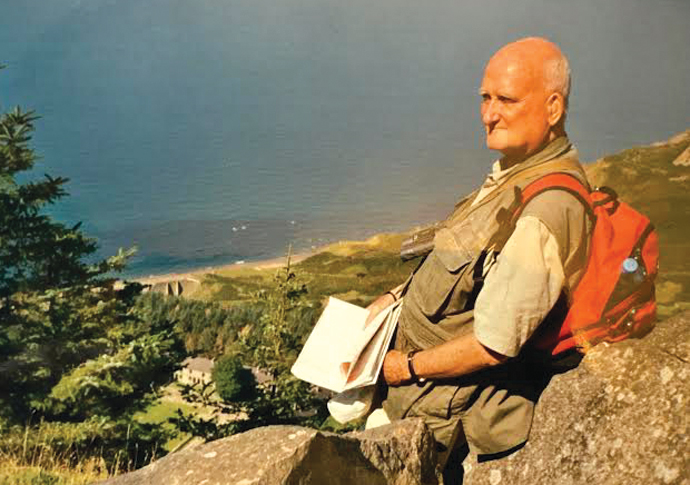 Ivor Kenna, who was a former secretary of his local Communist Party branch, fought against the sell-off of Pine Street Medical Centre

A MAN who worked all his life for the emanci­pation of the working class has died aged 89.

For 60 years Ivor and Florence Kenna lived together above a shop in Compton Street, Clerkenwell, and saw the changing times of the unit play host to a greengrocers, a florist, a hairdressers and a takeaway.

Mrs Kenna said she remembers the building, built in 1797, shaking as lorries made their way down to Smithfields Meat Market.

It would have been the couple’s 60th wedding anniversary this year. They married in 1961 at Finsbury Town Hall. The pair would often go walking and climbing in mountainous regions across Wales, Ireland and Scotland.

Mrs Kenna said: “He was a one-off. He was amusing, witty and knew about what was going on in the world. He was like an encyclopedia. He was first in his field in a lot of respects – from diet to politics.”

Ivor was well-read and studied the health benefits of following a vegan diet.

They both attended Finsbury Communist Association, the Society of Anglo Citizens for the Celtic League and the Society for Anglo Chinese Understanding since 1965. Ivor was also secretary of the local Communist Party.

Six years ago, Ivor fought against the sell-off of Pine Street Medical Centre near their home, which was designed by renowned architect Berthold Lubetkin.

Mrs Kenna said: “He always said he did not want to seek idle fame. He never wanted to be famous. But he attended meetings and spoke up for issues he believed in. He was so good at remembering all the facts. He worked all his life for emancipation for the working class.”

Born in Rugby and brought up in Bath, his dad was an ironmolder and a coremaker who always told Ivor never to work as hard as he did. Ivor had an aptitude for maths and was given a grant to study at Oxford.

Florence and Ivor met at the Prudential Assurance Building in Holborn where he worked as an actuary.

They were the first to start a union at the Prudential. Called the Guild of Insurance Officials, it has been taken over by Unite.

Mrs Kenna said: “He had leadership qualities. People would say ‘go and ask Ivor, he’s a survivor, he will know what to do’. He just got on with things and stuck to his guns.”

Ivor Kenna died aged 89 on June 3 after a short illness. The funeral will take place on July 1. Donations in Ivor Kenna’s memory are welcome to be made to the Medical Aid for Palestinians.